Coventry City travel to the Globe Arena in the Sky Bet League 2 on Saturday, with Mark Robins’ side looking to go five games without defeat in all competitions. The Shrimps will be hoping to bounce back from their Emirates FA Cup second round exit at New Meadow last Saturday and move up the league table.

Jim Bentley’s side sit in 21st place in the table, 15 places and 13 points below the visitors and the boss says scoring more goals is key to climbing the table, “That’s (scoring goals) what wins football matches and we haven’t been good enough in that department.

“At the start of November we scored three against Hartlepool, two against Leicester and two against Wycombe, which is great. But then we only manage to score one in the next four games.”

TEAM NEWS
Patrick Brough is a doubt after sustaining a knee injury at Shrewsbury last week, which saw the full-back substituted at half time. Sam Lavelle will serve his final day of his 2 match suspension for ‘Successful Deception of a Match Official’ against Carlisle United last month. Aaron McGowan may return to the starting line-up after returning from injury (hamstring) in last week’s FA Cup tie at New Meadow.

Coventry have chopped and changed since losing star man Jodi Jones to a cruciate knee injury last month. Duckens Nazon and Marc McNulty have linked up well in recent matches, both getting on the scoresheet in their impressive 3-0 victory at Kenilworth Road. 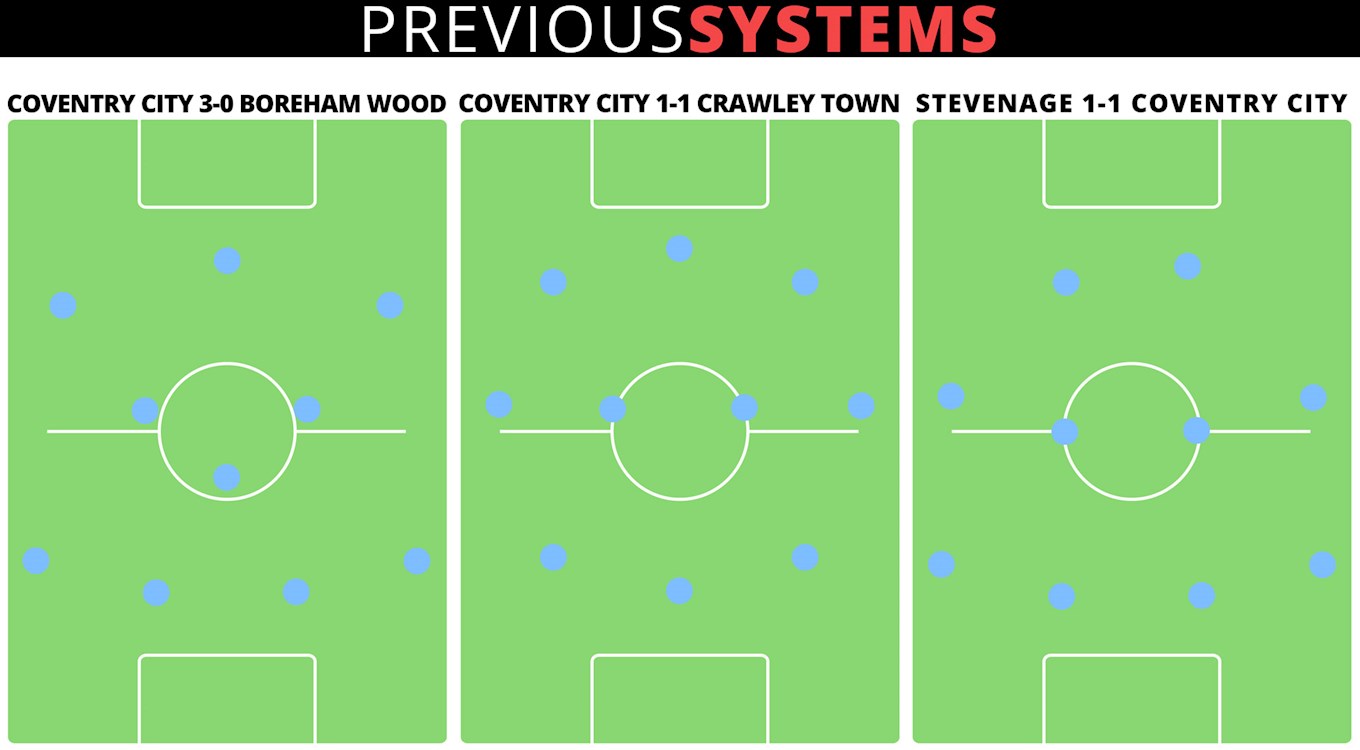 Morecambe moved up to 18th in the League 2 table this evening after an impressive 2-0 victory over Coventry City at the Globe Arena.

Goals in each half from Vadaine Oliver and Callum Lang secured the Shrimps' fifth victory of the league campaign and few could argue they deserved the win.

Morecambe's day did not get off to a great start when Alex Kenyon was forced to pull out of the starting line up after injuring himself in the warm up and Garry Thompson was a late addition to the squad and he enjoyed a recall alongside Aaron McGowan, Elliott Osborne, Michael Rose and Oliver.

Despite the change Morecambe began brightly and went close to scoring twice inside the opening 10 minutes. Seven minutes had gone when Oliver headed down a cross for Thompson, who was beaten to the ball by City keeper Lee Burge.

It fell kindly for Oliver but his effort was headed off the line by visiting defender Rod McDonald.

Moments later and Burge produced a superb save to tip away Thompson’s close range header.

The woodwork also came to City’s rescue midway through the half when Adam McGurk rattled Burge’s upright from 30 yards and Andy Fleming’s follow-up was cleared off the line.

In contrast, Coventry’s attacking threat was much more limited, though Shrimps keeper Barry Roche kept out efforts from Ben Stevenson and Duckens Nazon.

Oliver had another chance to score just after the half-hour but, having been sent through by Rose, his shot struck the onrushing Burge.

Oliver wasn't to be denied for long however as opened the scoring on 36 minutes when he beat his marker to get the finishing touch to Rose’s excellent free-kick.

After a poor first half the visitors refreshed their line-up with the introductions of Peter Vincenti and Devon Kelly-Evans and Coventry looked sharper.

Roche held shots from Jordan Willis and Marc McNulty before a Shrimps' substitution paid instant dividends midway through the half.

Seconds after coming on along with Adam Campbell, Lang controlled a pass expertly before beating a man and firing past Burge.
Lang also saw a shot blocked, while McNulty came closest for the visitors with a shot which cannoned back off Roche’s right-hand post.

There was still time for Campbell to place a shot narrowly wide and for Burge to tip over a Thompson effort as the Shrimps took a massive three points.