Carlisle United are the guests at the Globe Arena this Saturday afternoon as Derek Adams takes charge of his first home league game as Shrimps' Manager.

Chris Beech's side travel to the Globe off the back of a 2-2 draw away at Forest Green Rovers in the FA Cup second round.

The SkyBet League Two fixture will also see Beech's first league game in charge of Carlisle United after previous manager, Steven Pressley, leave his position after the Shrimps' 3-1 victory in the Leasing.com Trophy over the Cumbrians.

Derek Adams says his side will have to be prepared for a very different Carlisle when the Blues visit the Globe Arena on Saturday.

Derek said: “Carlisle have changed the philosophy and their formation since they were last here.

“They got a good draw at Forest Green Rovers in the cup last week playing that way which was a good result so I’m sure they will be looking to do the same again on Saturday.

“It will be nice for us to have a home league again as it has been quite some time since we had one when we beat Orient and we will have to look to take confidence from that game and the win over Carlisle in the cup.

“The week off last week wasn’t ideal but it has given me time to look at my players more and spend more time with them on the training ground.

“They have worked hard and we will be ready for the game.

“We are bottom of the league for a reason and that has to be changed.

“The season so far hasn’t been good enough and we have to move up the table, hopefully starting with a good result on Saturday.’’ 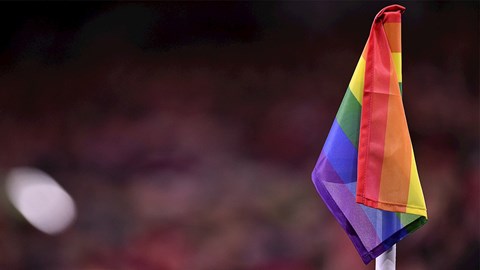 Tickets are available from the Morecambe FC Club Shop up to 5:30pm today, and Saturday from 10pm - 12pm. The Ticket Office will be open from 12 noon on Saturday.

Online sales are available up to kick-off with the £2 price increase coming into effect at midnight on Friday 6th, tickets can be collected from the Ticket Office on the day.

The Think Interiors JB's Bar will be open from 12pm, with Sky Sports' coverage of Huddersfield Town's SkyBet Championship clash with Leeds United available. Happy hour follows the result of the Shrimps' game, 5:30-7:30pm with all draft beers available for £2.50.

The Local Choice Suite will be open to C Block and Hospitality Ticket holders from 1pm, with the Man of the Match presentation expected at 5pm.

All other turnstiles open at 2pm. 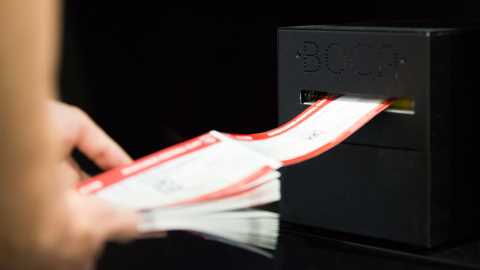 Adams made one change from the side that went down at Crewe a fortnight ago with O’Sullivan recalled with Sam Lavelle serving the first of his four match ban.

Carlisle produced the first effort of note on 11 minutes when the highly rated Jarrad Branthwaite saw his long-range effort held by Mark Halstead.

The keeper also dealt with Mike Jones’ attempt before the Shrimps almost led with the best move of the half.

Cole Stockton and Lewis Alessandra combined well, the latter’s first-time ball met by the onrushing Aaron Wildig but his shot was straight at Adam Collin.

Steve Old headed over from a Wildig corner but it was the visitors who ended the half stronger with Thomas seeing one shot deflected into the side netting and sending another wildly off target.

Thomas was to play a key role as the visitors broke the deadlock two minutes after the break with a long ball that caught out Ritchie Sutton who allowed Hallam Hope to sneak behind him and slot the ball past Halstead..

Three minutes later Morecambe were level however, when Alessandra capitalised on some poor defending and laid off the ball to Wildig who sliced his effort on goal but was glad to see the ball fall for perfectly for O’Sullivan to head past Collin from close range.

O’Sullivan came close to giving Morecambe the lead on 70 minutes when his shot seemed to be blocked by Wildig but the best chance came with six minutes left when Alessandra crossed from the right but Wildig could only head across goal and wide when well placed.

The Shrimps survived one late Carlisle penalty shout when Gethin Jones went down in the box but the referee waved play on to ensure the game stayed all square.