The Shrimps look to add to their 13 points accumulated away from home so far this season when they travel to face league leaders Newport County this weekend.

Mike Flynn’s team has only lost twice in 14 games so far and is unbeaten at home in the league with six wins and a draw in seven matches while the Shrimps’ impressive run of form away from home was spoiled by defeat at Salford last week before two home wins against Solihull and Barrow.

Boss Derek Adams says his side will have to be at their best but believes his side can be a match for the league leaders.

He said: “We have one of the best away records in the league but I think Newport have done exceptionally well at home.

“It’s always a difficult venue to go to and we know that we’ll have to be on top form but we’re aware that we can go away from home and perform well.

“We know a lot about Newport and their strengths and weaknesses but Newport will know that about us as well.”

Morecambe will also come up against some former players tomorrow with Padraig Amond, Kevin Ellison and Jamie Devitt all part of the Exiles’s squad.

Adams is expecting those players to be looking forward to Saturday’s clash.

“Newport have got players who have played for Morecambe in the past and done very well for the club,” he said.

“I think you always enjoy playing against a team you’ve played for, I did when going back to Aberdeen with Motherwell and vice versa.’’

Newport manager Michael Flynn has a few selection headaches after revealing he has a full squad to pick from.

Striker Ryan Taylor is in the mix for his first action since the start of October after recovering from a hamstring issue, defender David Longe-King is hunting a debut after a serious groin injury in pre-season and his fellow centre-back Kyle Howkins has recovered from a hamstring blow suffered in September.

“The injured players list that we have got is rubbed off and long may that continue,” said boss Flynn.

County’s strength in depth led to the club arranging a training match with Cardiff City on Wednesday with Flynn pleased with the exercise despite the Championship club running out 3-0 winners.

“We played two 35-minute halves,” he said. “They did really well for 50 minutes, we changed round at 0-0, we created some chances and should have gone 1-0 up.

“We then had a dodgy 10 minutes and lost 3-0 but it was very good. The important thing was getting game time, Cardiff needed to do the same with a few players, and it was a good workout.”

Despite their early season success Flynn was critical of his side after their point against Forest Green in midweek.

County took the lead when Tristan Abrahams scored from the penalty spot just before half-time but were pegged back after 77 minutes when Jamille Matt, who left Rodney Parade in the summer after the club could not offer a fresh contract because of financial uncertainty in the coronavirus pandemic, slotted home.

Flynn said: "We missed too many good chances. We had the best chances and the goal that we conceded went through Brandon Cooper's legs, so it was a little bit fortunate.

"But we've got to be more ruthless, I have just spent my time in the changing room talking about that because I am getting sick and tired of it.

"We are missing too many opportunities to kill the game. That's what really good teams do – they kill the opposition off.

"The penny has got to drop with them. We've had the better chances, it's a simple as that."

Dolan scored from the spot with seven minutes of time remaining after Stephen Hendrie had brought down Josh Sheehan in the area after the striker looked to run on to Scott Twine’s excellent through ball.

Hendrie received his second yellow card of the game before Dolan stepped up to squeeze the ball past Mark Halstead despite the keeper diving the right way.

Morecambe started the game well and created the first real opening on nine minutes when Adam Phillips swung in a left wing corner which was met by Nathaniel Knight-Percival but he could only direct his header straight at home keeper Nick Townsend.

Three minutes later the Shrimps found themselves behind after a neat move from the home side. Liam Shepherd crossed to the far past, the ball was headed back into the danger area and former Shrimps striker Padraig Amond reacted quicker than Knight-Percival to slide the ball into the net from close range.

Morecambe hit back with another good chance of their own as Jordan Slew took the ball down superbly in the box but then drilled an effort well wide from the right hand side.

The chances continued however and the Shrimps levelled on 32 minutes as Carlos Mendes-Gomes scored his second goal of the week. Adam Phillips once again provided the assist with a well placed through ball for this midfielder whose his shot well saved bob Nick Townsend before slotting home the rebound with a neat finish.

The second half saw Newport start the better with a Twine shot parried by Halstead and Shepherd firing into the side netting before Morecambe began to threaten themselves.

Newport defender Micky Demetriou was forced to make a vital late clearance to deny Mendes-Gomes a clear run on goal before Phillips forced Townsend into a flying save with a great shot on the turn.

Phillips then created another good chance for Slew but he failed to find the target from an excellent right wing cross.

Newport struggled to break down the Shrimps’ defence until they were handed a lifeline by Hendrie’s challenge which presented the home side with their winning spot kick. 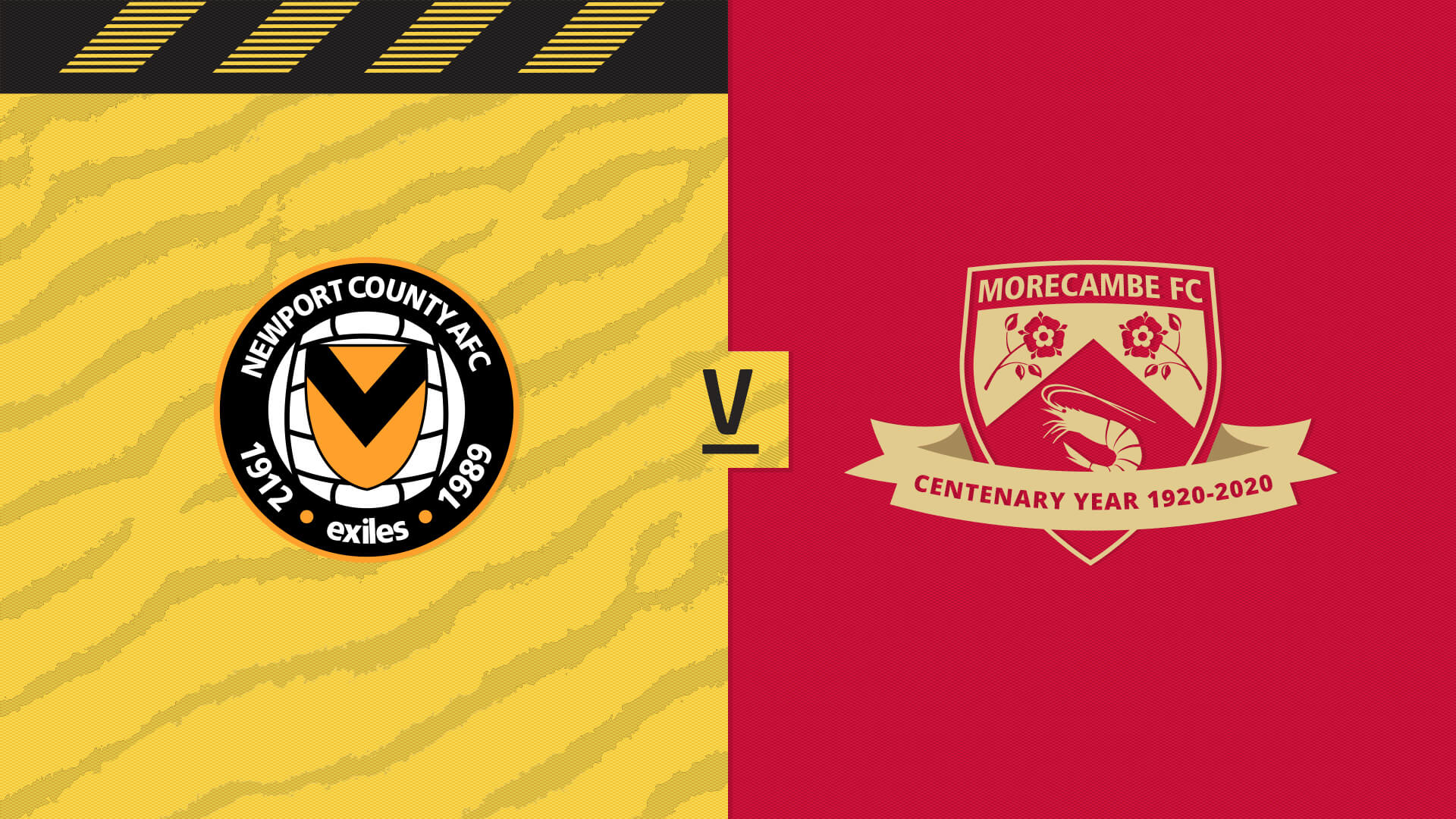 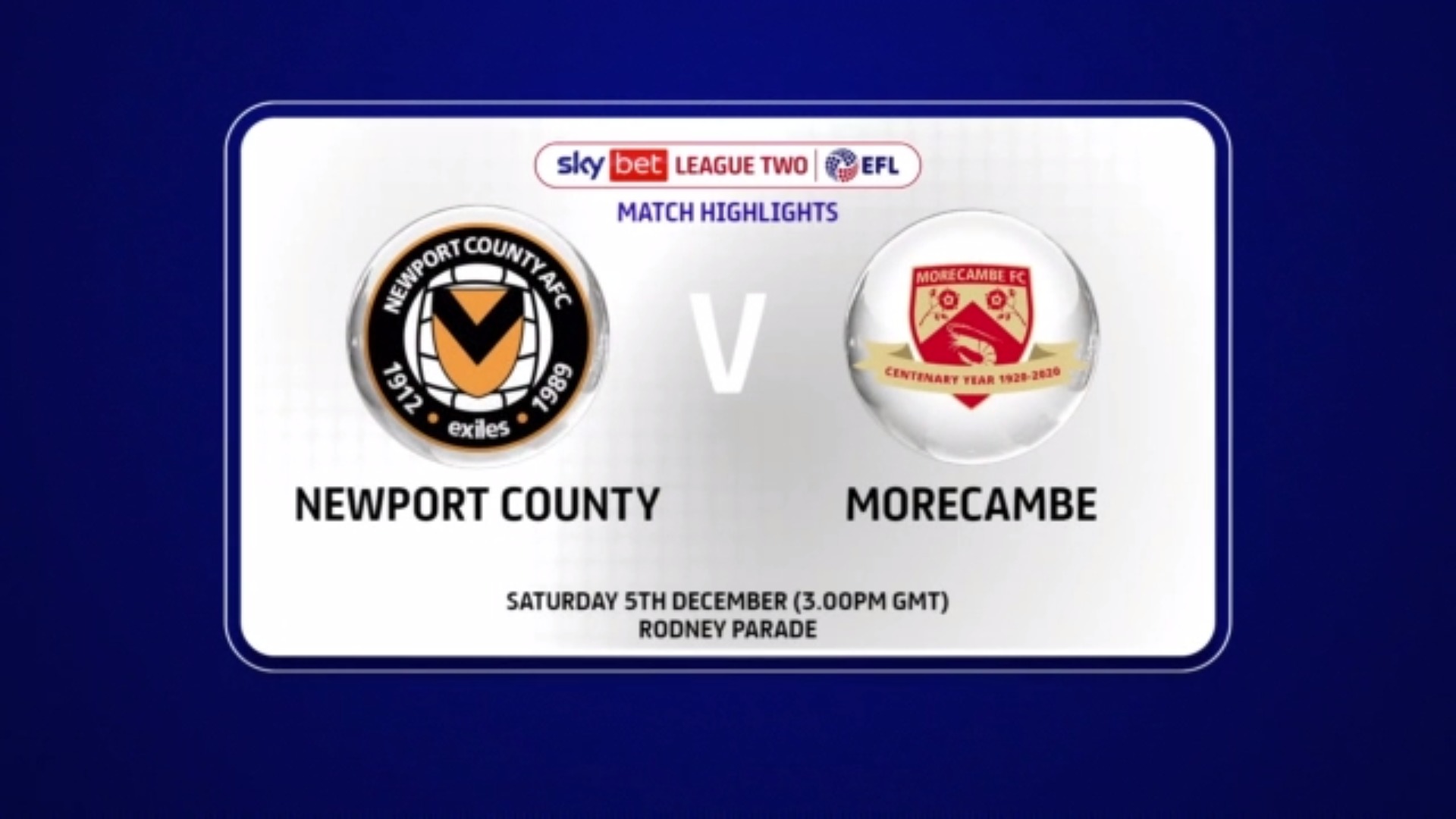 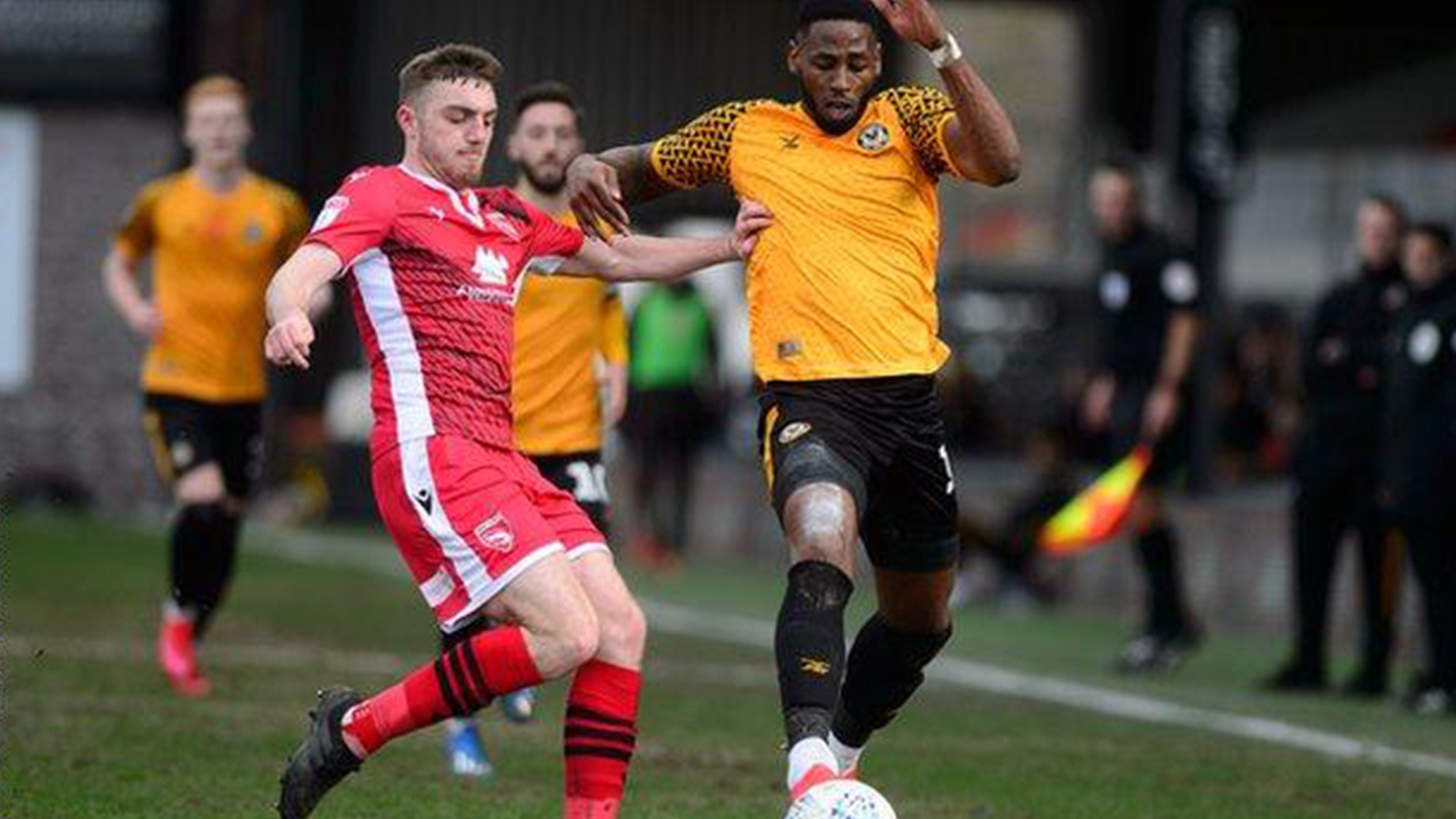