Derek Adams has named his side to face Salford City at the Mazuma Stadium this evening.

Goals from Carlos Mendes Gomes on 93 minutes and another from Aaron Wildig two minutes later earned the Shrimps a thrilling victory as Salford looked set to take the three points after Brandon Thomas-Asante had given the Ammies a 45th minute lead.

There was still time for more drama as Salford thought they had picked up a point with a 97th minute second but James Wilson’s goal was ruled out for a foul in the build up.

Boss Derek Adams selected the same side that beat Barrow at the weekend with the only change coming on the bench with A-Jay Leitch-Smith replacing Salford loanee Alex Denny.

Chances were few and far between in the first half despite some good football from both sides in difficult conditions.

At the other end, Morecambe’s first chance came when Cole Stockton latched on to a poor back pass but saw his run on goal ended by a a good covering tackle from Turnbull.

The deadlock was broken on the stroke of half time when a shot from Thomas-Asante’s squirmed past Letheren.

Salford started the second half on the front foot but the Shrimps defended well with the only real threat coming when Ian Henderson’s low cross was just too far ahead of Thomas-Asante.

The Shrimps had their best spell in the final stages and had a great chance to equalise on 81 minutes when Mendes Gomes played in Stockton but he fired wide when one-on-one with the keeper.

Moments later and Mendes Gomes missed another good chance as he volleyed a clever free-kick from Wildig wide from close range.

As the game entered injury time, Salford looked set for the points until a thrilling finale.

Mendes Gomes started the comeback when he levelled in the 94th minute as he scored from close range after Morecambe had hit the bar from a corner.

Moments later they scored the winner. Toumani Diagouraga drilled in a shot from 20 yards that was diverted past the Salford keeper by Wildig.

Salford added to the drama when they thought they had levelled in the 97th mintute when James Wilson scored only for referee Set Stockbridge to blow up for a foul in the build up to confirm the Shrimps’ superb win. 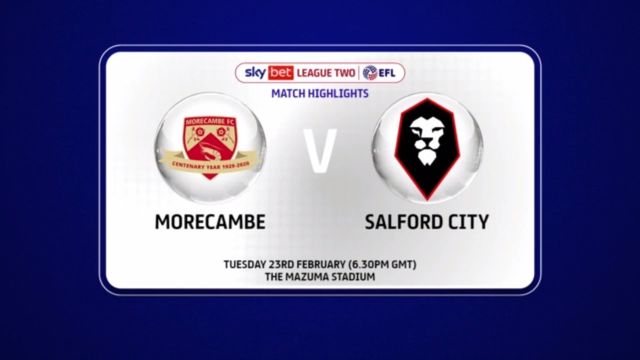 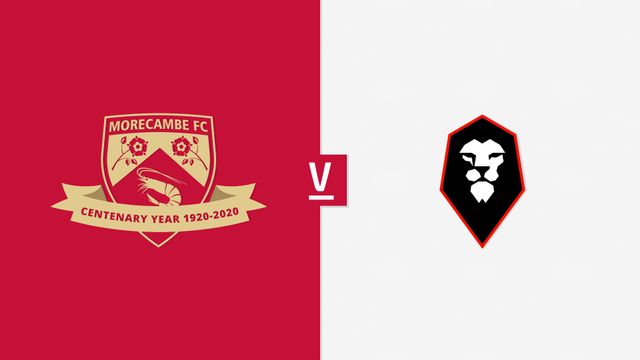 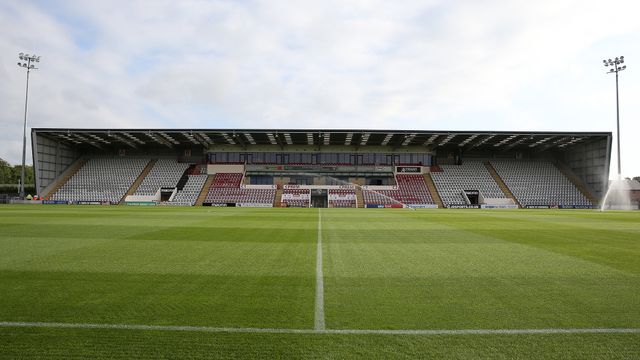