Derek Adams has named his side to face Walsall at the Mazuma Stadium this evening. 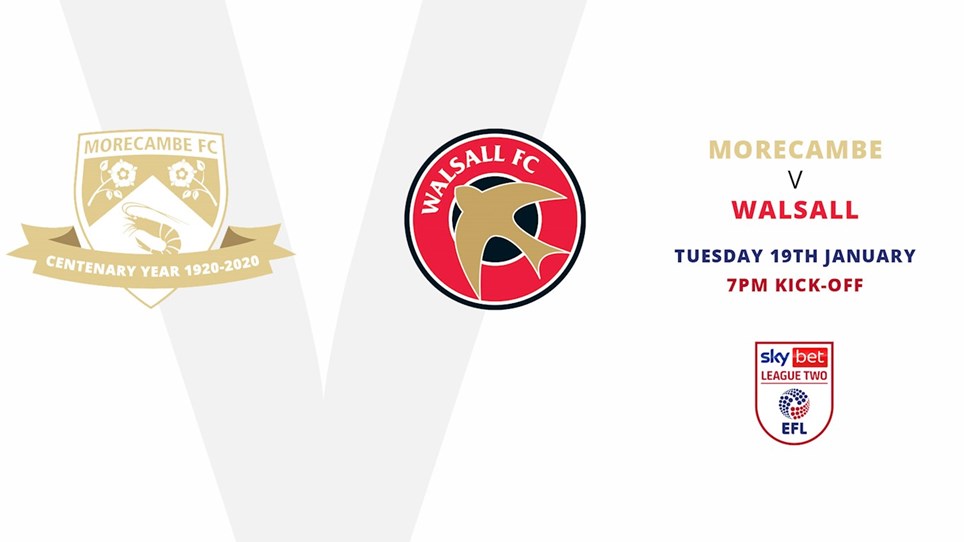 
The Shrimps' Sky Bet League Two fixture versus Walsall at the Mazuma Stadium has been moved to Tuesday 19th January, with a 7pm kick-off.

A late goal from Carlos Mendes Gomes earned the Shrimps a deserved point against Walsall on a rain drenched night at the Mazuma Stadium.

In their first home game since Boxing Day, the Shrimps were heading for a rare home defeat after Josh Gordon had given the Saddlers the lead on 37 minutes.

But after a dominant second half the Shrimps levelled 10 minutes from time when Mendes Gomes scored his eighth of the season with a fine header from Ryan Cooney’s cross to secure point to lift his side to eighth in the table.

Things could have been even better for the Shrimps had they not been denied a clear penalty when Aaron Wildig was brought down when running in on goal three minutes from time with a decision that ended with boss Derek Adams being shown a red card.

The Shrimps went with the same side that went down at Orient on Saturday and started the game slowly with Walsall defender Zak Jules seeing an eighth minute header cleared off the line by Adam Phillips.

At the other end, Yann Songo’o and Mendes Gomes saw shots blocked before Cole Stockton was denied by an excellent save from Liam Roberts after drilling in a shot on the turn.

The first clear chance fell to Walsall on 31 minutes when Wes McDonald was free on the right hand side of the area but screwed his shot well off target.

Walsall’s next attack saw Gordon head straight at Mark Halstead from close range but the striker was not to be denied on 37 minutes when he got on the end of a fine low cross from Elijah Adebayo and drew a fine save from Halstead before heading home the rebound.

Having struggled to create clear chances in the first half, the Shrimps started the second period well with an Adam Phillips’free-kick hitting the top of the wall.

The Shrimps had more of the ball but it was Walsall who should have doubled their lead just before the hour when Gordon found Adebayo in a good position but the striker dragged his shot wide.

Morecambe almost capitalised on his miss soon after when Mendes Gomes met John O’Sullivan’s cross on the half-volley, only for Roberts to save well.

Mendes Gomes was back in the thick of the action with 10 minutes to go with a fine header.

With time running out, Wildig got behind the visitors’ defence and seemed to be pulled back by Dan Scarr but referee Graham Salisbury ignored the claims and boss Adams saw red for his protests.


The Shrimps' Sky Bet League Two fixture versus Walsall at the Mazuma Stadium has been moved to Tuesday 19th January, with a 7pm kick-off. 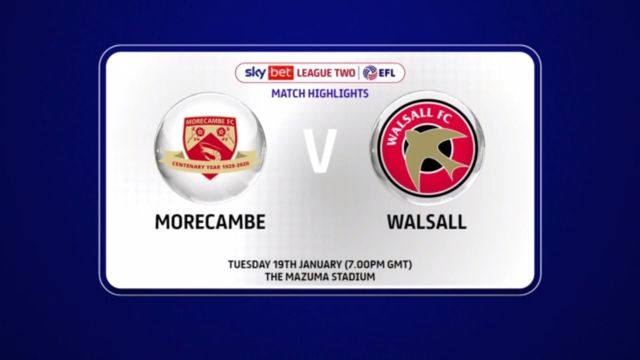 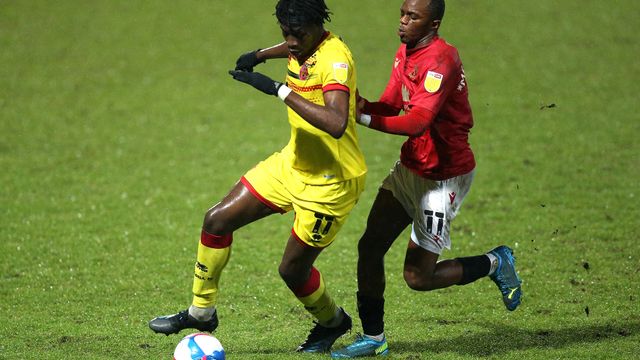