Derek Adams has named his side to face Forest Green Rovers at the Innocent New Lawn this evening.

The midfielder added to his brace against Carlisle on Saturday with his 12th goal of the season as he beat home keeper Luke McGee to Yann Songo’s deep cross to head the ball into the empty goal to seal a point the Shrimps were good value for after a dominant second half display after Jamille Matt's 16th goal of the season with 11 minutes to go had looked like sending Rovers to the top of the table.

Morecambe boss Derek Adams stuck with the side that beat Carlisle on Saturday for a game against a side one place and two points above them before the start of play and they started the game on the front foot with Aaron Wildig forcing McGee into a neat save low to his right and Cole Stockton heading a John O’Sullivan corner wide before the home side hit back in a first half that swung from end to end.

Former Morecambe player Aaron Collins looked particularly sharp for the home side and in the fifth minute he tested Kyle Letheren with a shot from 20 yards after a superb run from deep inside his own area.

Five minutes later though Collins found himself on the scoresheet with a well taken goal. The ball came to him on the right hand side of the box and produced a fine turn and shot to beat Letheren from a tight angle.

The home side should have doubled their lead 10 minutes later when Kane Wilson ran into the box after a neat Forest Green move but he could only find the side netting with his shot when he should have it the target.

The Shrimps made Wilson pay when they levelled on 22 minutes with a superb goal from Cole Stockton. A long ball forward found Stockton with his back to goal but he controlled the ball superbly and brushed off two defenders before firing past McGee.

The chances continued for the Shrimps with Stockton heading an Aaron Wildig free kick wide and both Wildig and Mendes Gomes firing over the bar after neat breaks.

The pressure continued in the second half with an excellent Shrimps display. Sam Lavelle had a good chance but volleyed straight at McGee when free in the box before Stockton drilled a shot over from a good opening and O’Sullivan heading over from six yards out.

It looked as though the Shrimps would be left to rue those missed opportunities when Matt put the home side ahead for the second time when he got ahead of Kelvin Mellor to head home Collins’ right wing cross but the Shrimps battled to the end once again and collected a fully deserved point with another important last-gasp strike. 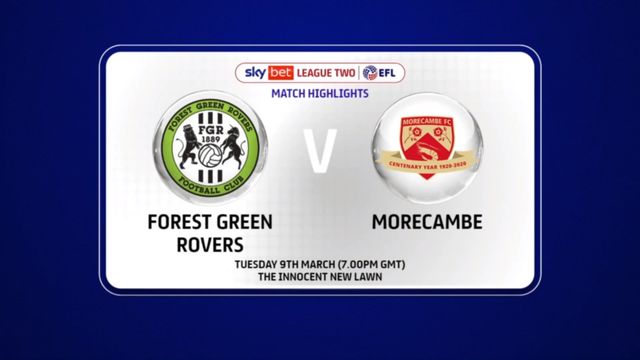