Derek Adams has named his side to face Harrogate Town at the EnviroVent Stadium this afternoon.

The Shrimps, who ended the game with 10 men after Nathaniel Knight-Percival was sent off with 16 minutes to go for a second bookable offence, took the points after a goal just 20 seconds into the game.

The Shrimps created space down the left hand side and Liam Gibson played in Carlos Mendes Gomes, who's ball across the face of goal was deflected goal wards by Will Smith and looped over home keeper James Belshaw with John O'Sullivan touching the ball over the line.

Morecambe maintained the early pressure and had a number of chances to extend their lead.

Cole Stockton volleyed over from a good opening on eight minutes and six minutes later he played in John O’Sullivan but the winger’s effort was superbly saved by Belshaw before Mendes Gomes struck the rebound against the left hand post from the edge of the area.

Stockton was again in the thick of things on 17 minutes when he ran on to Mendes Gomes’ excellent through ball only to see Belshaw save again at full stretch.

Harrogate came back into the game, their first chance came on 31 minutes when he headed over Simon Power’s right wing cross before failing to find the target in first half injury time when he was found unmarked in the box from a long range free kick but headed wide of the target.

The Shrimps started the second half on the front foot with Stockton looking to play in Aaron Wildig only to over hit his final pass.

Harry Davis headed a Wildig free kick over at the far post and O’Sullivan will be lift wondering how he didn’t turn Mendes Gomes’ cross over the line from close range.

Two minutes later the Shrimps lost Knight-Percival after he handled a long ball forward for a second yellow and the visitors were left hanging on as Harrogate pushed bodies forward.

Some fine goalkeeping from Kyle Letheren and excellent defending kept Harrogate at bay with the only clear chance falling to substitute Mark Beck who headed wide from a good opening as the Shrimps held on for another excellent victory to move them up to sixth in the table. 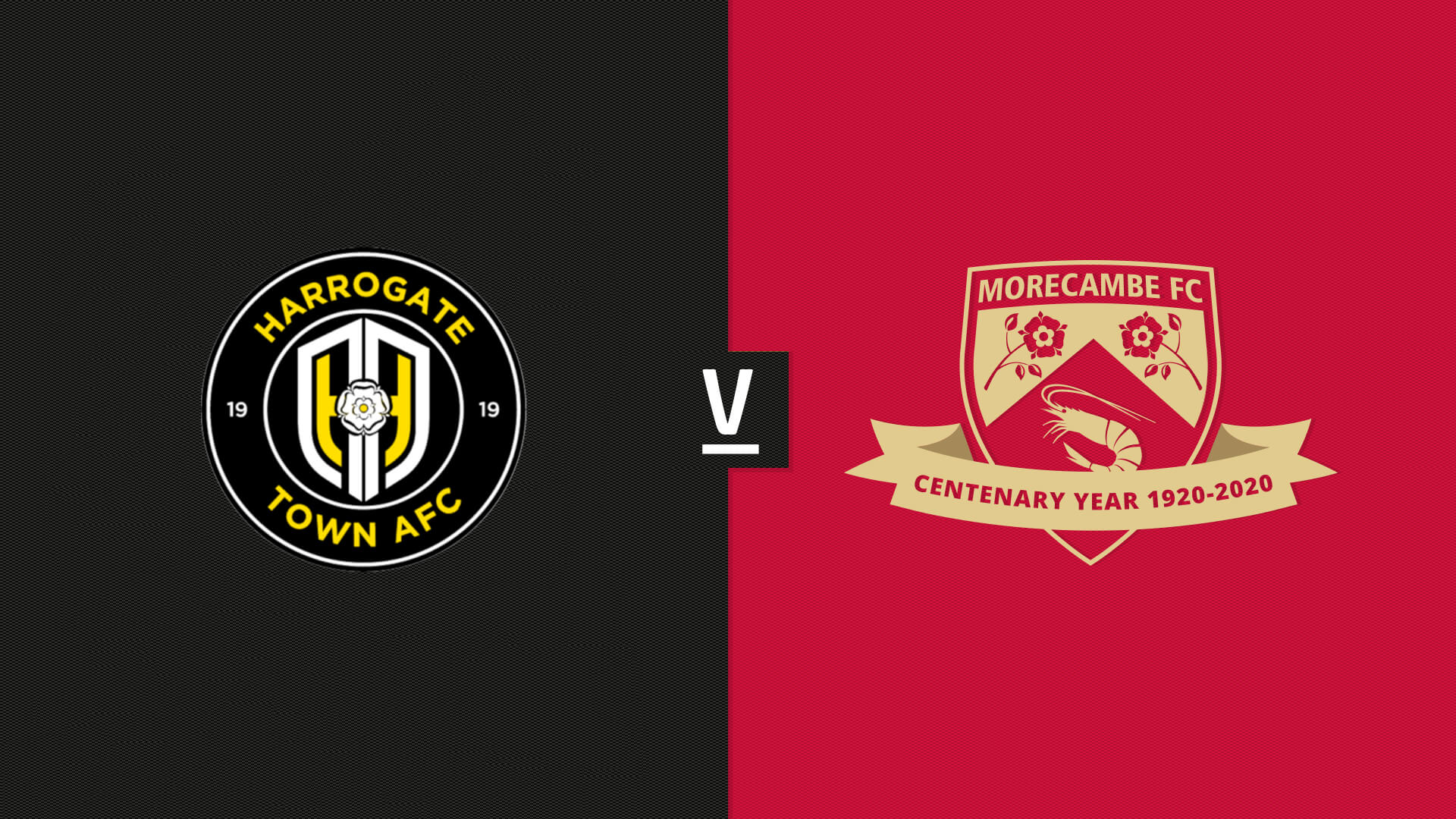 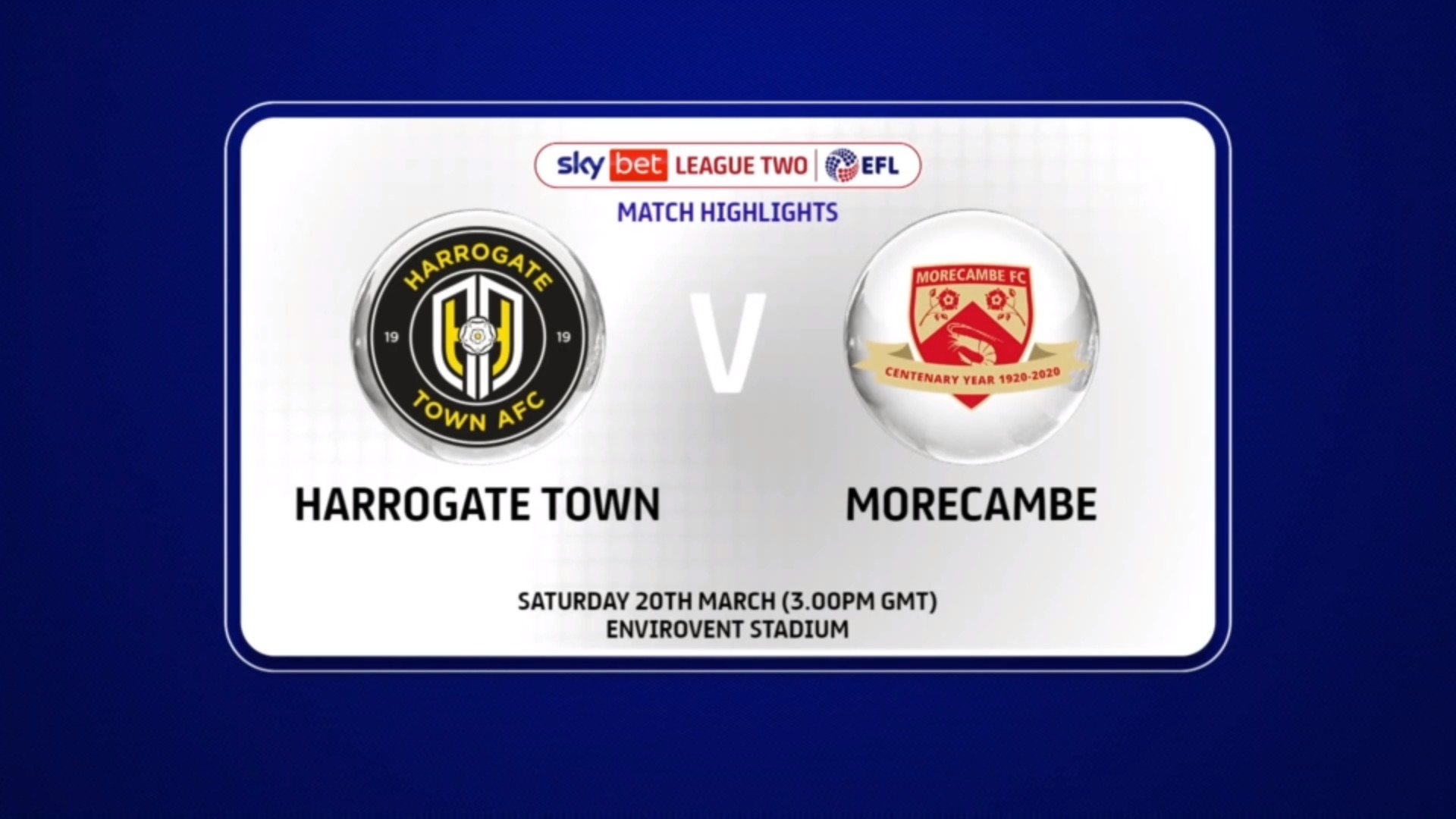 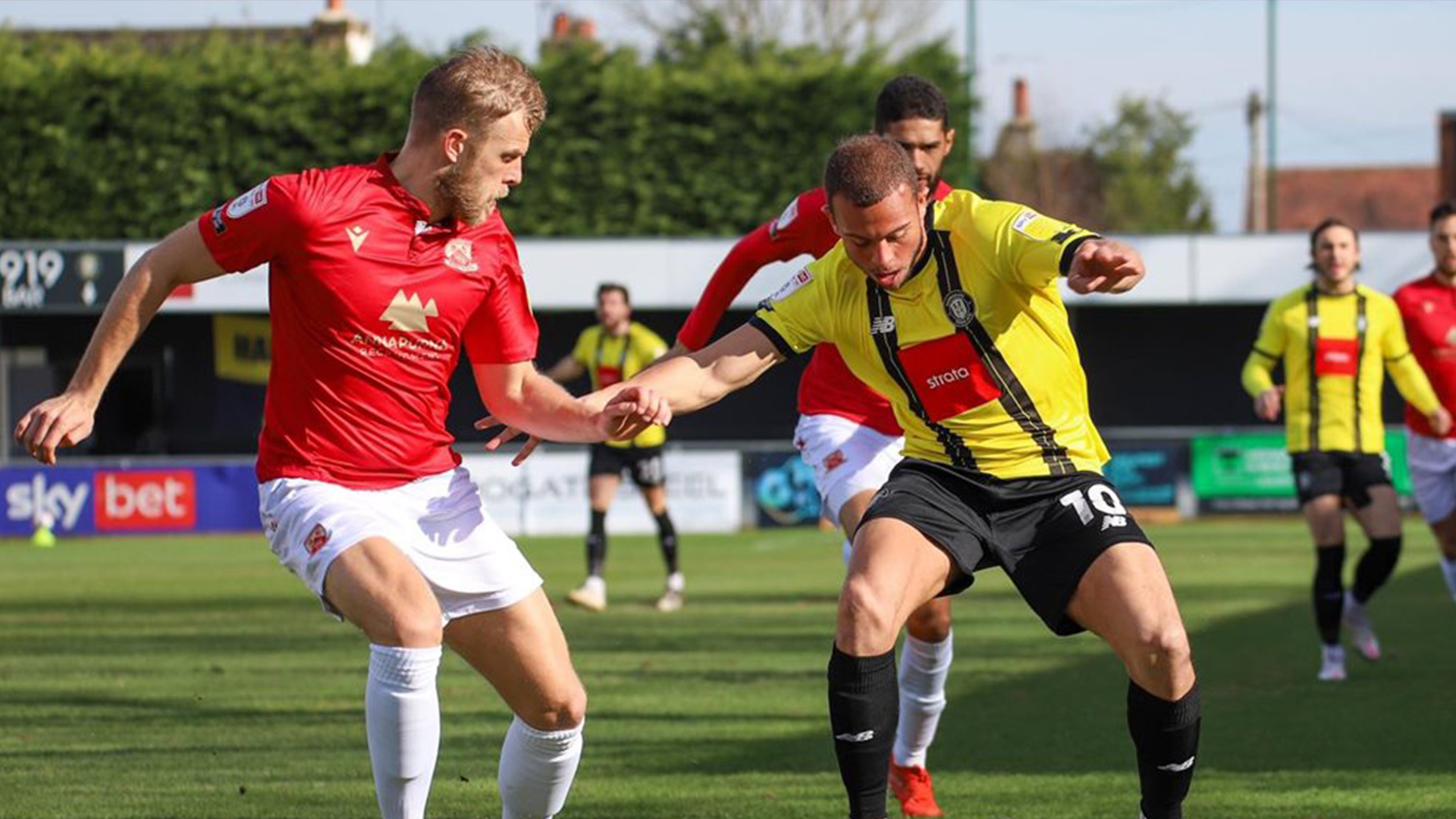