Morecambe claimed all three points at home to Bradford City to propel them into their first play-off campaign for 11 years.

Manager Derek Adams made one change to the side that overcame Walsall last weekend, with Carlos Mendes Gomes returning from injury to replace Freddie Price.

After a quiet opening from both sides, it was the Shrimps who carved out the first big opportunity on 17 minutes.

Cole Stockton did well to intercept a loose pass before playing in Brad Lyons who fired an effort on goal from the angle, forcing Sam Hornby in the Bradford goal to parry the ball away and into the path of Mendes Gomes who neatly laid off Liam McAlinden, but the forward saw his side footed effort rebound off the post and away to safety.

The visitors’ first chance came four minutes later when a ball over the top fell into the path of Lee Novak who looked to be clean through, but an impressive last second interception from captain Sam Lavelle prevented the attacker from getting his shot away.

The hosts continued to pose a threat, this time through Ryan Cooney who found himself in possessional two minutes later after some tidy build up play, only to see his effort sail wide of the Bradford goal.

Morecambe’s positive play was duly awarded on 28 minutes when a trademark turn from Toumani Diagouraga allowed the Frenchman to lay the ball perfectly into the path of McAlinden who calmly slotted through the legs of Hornby and into the net.

The Bantams responded well and created a few half chances, most notably through Andy Cook just four minutes from the break. Connor Wood broke free down the left and delivered a dangerous ball into the mix, but Cook’s header was glanced over the bar, meaning the hosts found themselves ahead at the interval.

Adams’ men looked to start the second-half on the front foot as Diagouraga volleyed an effort narrowly wide from the edge of the area on 49 minutes, following a cushioned header down from Lyons.

Eight minutes later and the Reds had their second.

Mendes Gomes fooled the Bantams’ back line by threading a disguised pass through to Stockton who made no mistake from close range, calmly sending the ball home.

City looked for a way back into the game on 67 minutes with a free-kick from distance, but Wood’s bended effort sailed comfortably wide of the target.

Three minutes from time and Paudie O’Connor came close for the visitors as he headed narrowly wide from a deep cross.

Bradford’s biggest chance of the second half fell moments before the final whistle as a stinging header from Billy Clarke was well saved from Letheren, ensuring the Shrimps held on to a deserved win which confidently takes them into their first play-off campaign since the 2009/10. 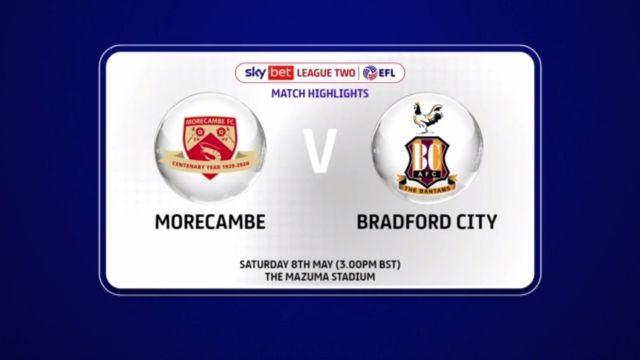 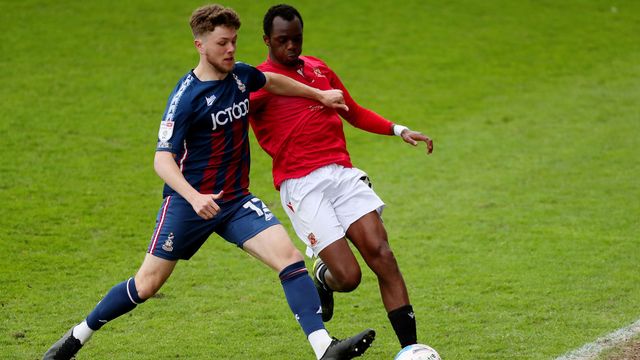