Derek Adams named the same starting XI that started the play-off semi-final second leg against Tranmere Rovers, with John O’Sullivan returning from injury for a place on the bench.

Both sides started lively, with Morecambe looking to cause problems early on through a second minute Aaron Wildig free kick which was played short to Carlos Mendes Gomes, but the Spandiard could only send his effort wide of the right-hand post.

Newport’s biggest opening chance came on 12 minutes when a long throw was sent into the box, Kyle Letheren looked to come and meet the ball but was beaten to it by Scot Bennett whose glancing header sailed beyond the post and clear to safety.

The opponents came close on 24 minutes when possession fell to Josh Sheehan at the edge of the Morecambe box, but his tame effort wasn’t enough to test Letheren.

Ten minutes later, on 34 minutes, both sets of fans came together for an impeccable minute’s applause in honour of former player Christian Mbulu who passed away last year.

The Shrimps looked to carve out more chances, this time on 39 minutes when Burnley loanee Ryan Cooney’s strong challenge in the Morecambe half gifted possession to the Reds, Cooney finding possession again in the attacking half before laying off Wildig whose effort from distance didn’t trouble Tom King in the Newport goal.

Three minutes later and Adams’ men came closest to scoring when Liam Gibson picked up possession following a neat through pass from Mendes Gomes, but King was equal to the ball and cleared the danger.

The Exiles came agonisingly close in the first minute of three added on as Bennett found space in between Morecambe’s midfield and defence, drove forward and looked to strike on goal, but the ball took a deflection off Nathaniel Knight-Percival and deflected narrowly wide.

The first chance of the second half fell to Newport on 48 minutes when Lewis Collins found space in the box and managed to get a shot off which deflected off Sam Lavelle and was ultimately claimed by Letheren.

Cooney came close for the Shrimps on 66 minutes when he picked up possession on the edge of the box and forced King into a smart save low to his left.

12 minutes later and it was Letheren again who was forced to deny the Exiles, this time Liam Shephard forcing the Welshman into a fine stop.

Despite a flurry of chances for both sides, neither could find an opening in normal time, meaning the game was forced into 30 minutes of extra time.

The Shrimps started extra time brightly, with substitute O’Sullivan darting off down the right before a cross into the box was met by Cole Stockton, but the ball was glanced wide.

Newport came closest to opening the scoring in the first half of extra time on 104 minutes when a low cross was whipped across the box but an outstretched foot from Joss Labadie could only divert the ball over the bar.

Two minutes into the second half of extra time proved to be the deciding factor of the game when O’Sullivan was tripped inside the area, giving Mendes Gomes the chance to fire the Shrimps into the lead with only 13 minutes to play, of which he made no mistake, sending the Newport goalkeeper the wrong way.

The Reds defended solidly and resolutely to hold on to their lead and did enough to guarantee their place in Sky Bet League One next season. 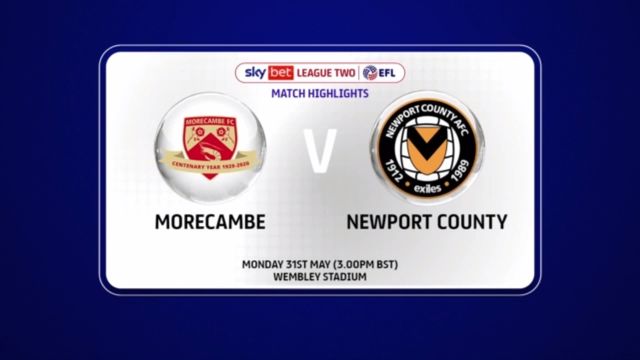 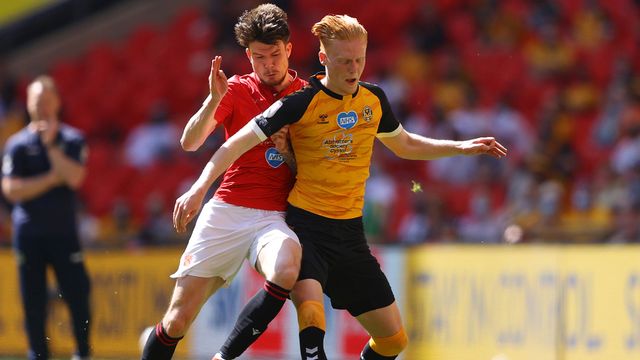