Derek Adams has named his side to face Tranmere Rovers at Prenton Park this evening.

Morecambe head into the play-off semi final second leg with the advantage after a clinical 2-1 win away to Tranmere Rovers.

Derek Adams made one change from the final day victory over Bradford City with Aaron Wildig returning from injury to replace Brad Lyons in the starting XI.

After starting quickly and applying early pressure, Tranmere carved out the first big chance of the game on 14 minutes when Jay Spearing picked up the ball 10 yards into the Morecambe half before sending a cross-field ball to the back post, but James Vaughan’s stretching effort was headed wide of the target.

A minute later and the Shrimps, who had defended resolutely from the start, were rewarded with the first goal of the game.

Aaron Wildig’s corner was flicked on by Sam Lavelle into the path of Carlos Mendes Gomes whose attempted overhead kick was parried away by the Rovers keeper into the path of Liam McAlinden, the striker picked out Nathanial Knight-Percival who slotted away his first goal of the campaign from close range.

The Prenton Park club responded almost instantly with an equaliser on 19 minutes through captain Peter Clarke who did well to meet Liam Ridehalgh’s deep cross from the left and head beyond Kyle Letheren.

Five minutes later and the hosts came close to taking the lead when Vaughan controlled the ball on his chest inside the area and struck an effort on goal, but Letheren produced a fantastic diving save to his left to deny him.

Despite a flurry of chances for either side, it was the visitors who found themselves ahead seconds before the half time whistle.

Toumani Diagouraga did well to keep possession in the box amidst physical pressure from the opposition before feeding Stockton down the right whose low and hard cross was bundled home by McAlinden.

The hosts looked to respond early into the second half and came close on 61 minutes when Clarke headed the ball down from a corner, but Diagouraga did brilliantly to deflect the ball away to safety.

The Shrimps continued to keep their opponents at bay as they continued to push for a leveller, this time Emmanuel Monthe was equal to yet another corner on 76 minutes but was denied by the outstretched hand of Letheren in the Morecambe goal.

Rovers proceeded to pile on the pressure in search of an all-important equaliser and deep into eight minutes of injury time, Danny Lloyd’s shot from seven yards out was fired well wide of the target as Adams’ men did enough to hold on to a 2-1 lead going into the second leg at the Mazuma Stadium on Sunday afternoon. 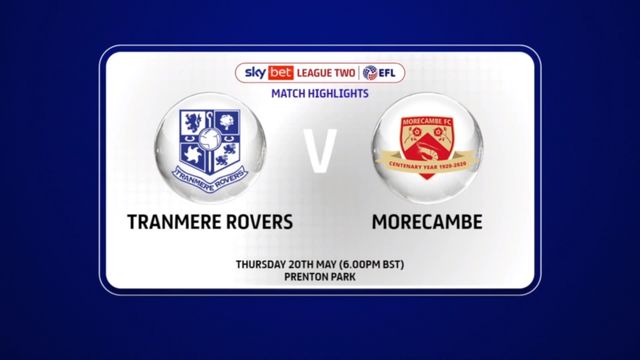 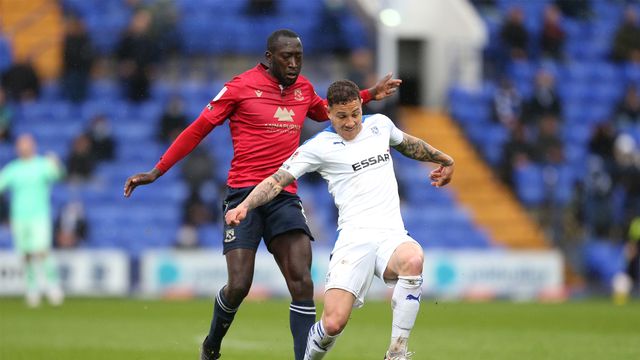