Derek Adams has named his side to face Exeter City at the Mazuma Stadium this evening.

A LATE goal from Jake Taylor denied the Shrimps a second successive victory as they had to settle for a point in this entertaining 2-2 draw at the Mazuma Stadium.

The Shrimps took a 2-1 lead into the half tie break with goals from Carlos Mendes-Gomes and Stephen Hendrie after the visitors had taken the lead through Joel Randall.
Both teams traded chances in the opening stages of the game with Morecambe keeper Jake Turner saving well from Pierce Sweeney’s early header before Morecambe we’re denied twice in quick succession by visiting keeper Jokull Andresson who made superb saves to deny Adam Phillips and Kelvin Mellor.
Morecambe were on top when Exeter took the lead in the 33rd minute through Randall. The youngster took advantage of some poor Morecambe as he latched on to a long through ball to round Jake Turner and slot the ball into the empty net.
The lead lasted just nine minutes as Morecambe pulled one back through Carlos Mendes-Gomes. After some nice football on the edge of the box, Jordan Slew played in a neat reverse pass and the midfielder beat the keeper to the ball to score from a tight angle.
The Shrimps added a second in first-half injury time with a fine finish from Stephen Hendrie who gave Jokull Andresson no chance with a left-foot shot from the edge of the box that flew into the bottom left-hand corner of the Exeter goal.
Exeter dominated possession in the second half and earned a point with a 20-yard drive from Taylor after some good work by Nicky Law.
Morecambe: Turner, Mellor, Lavelle, Knight-Percival, Hendrie, Kenyon (rep Diagouraga 76), Songo’o, Pringle (rep O’Sullivan 68), Phillips Mendes-Gomes, Slew (rep McAlinden 85). Subs not used: Halstead, Cooney, Stockton, Davis.
Exeter: Andresson, Key, Sweeney, Parkes, Sparkes, Williams (rep Caprice 89), Jay (rep Law 55), Taylor (rep Seymour 89), Randall, Key, Bowman. Subs not used: Lee, McArdle, Kite, Hartridge.
Ref: O Yates. 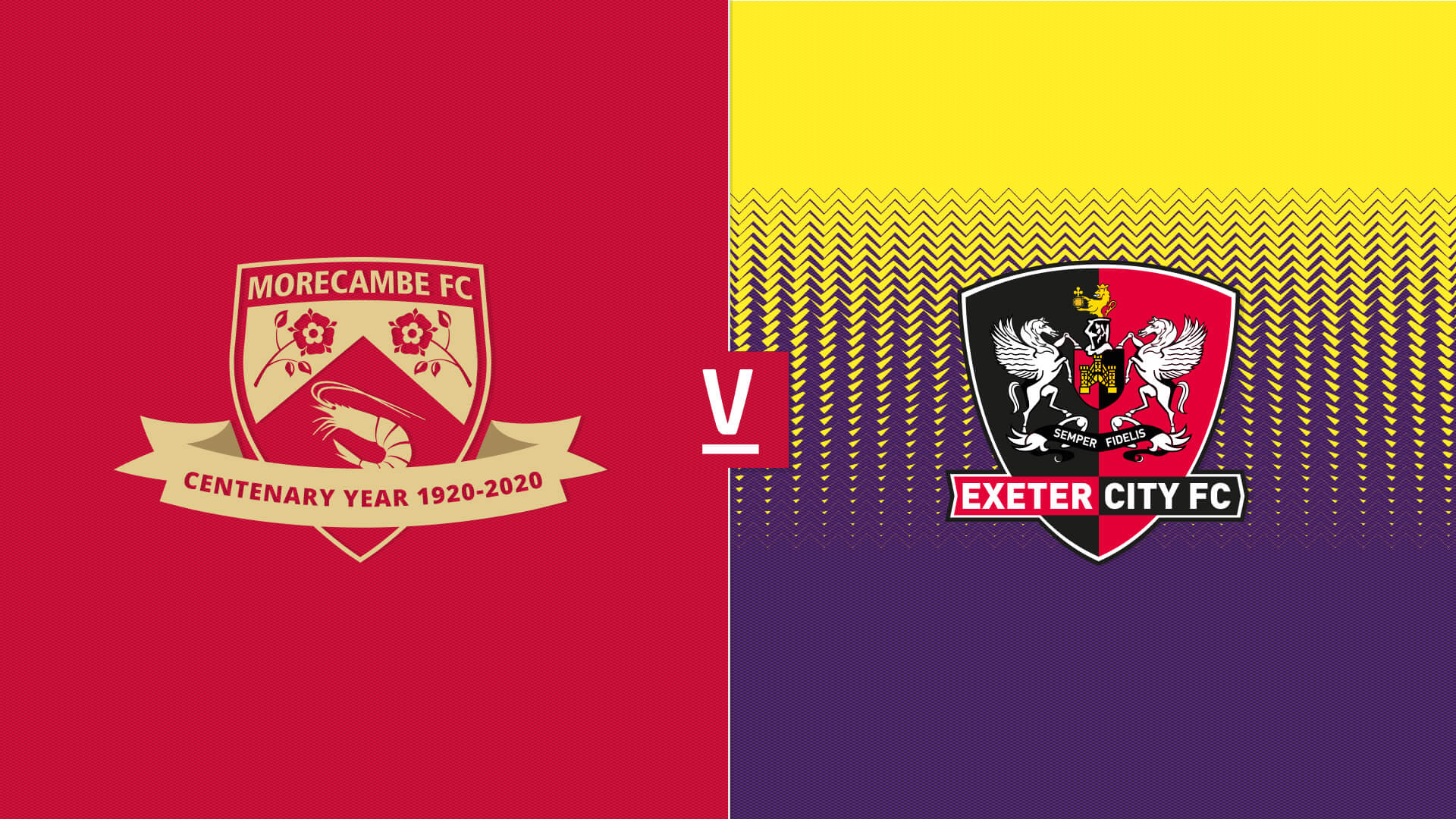 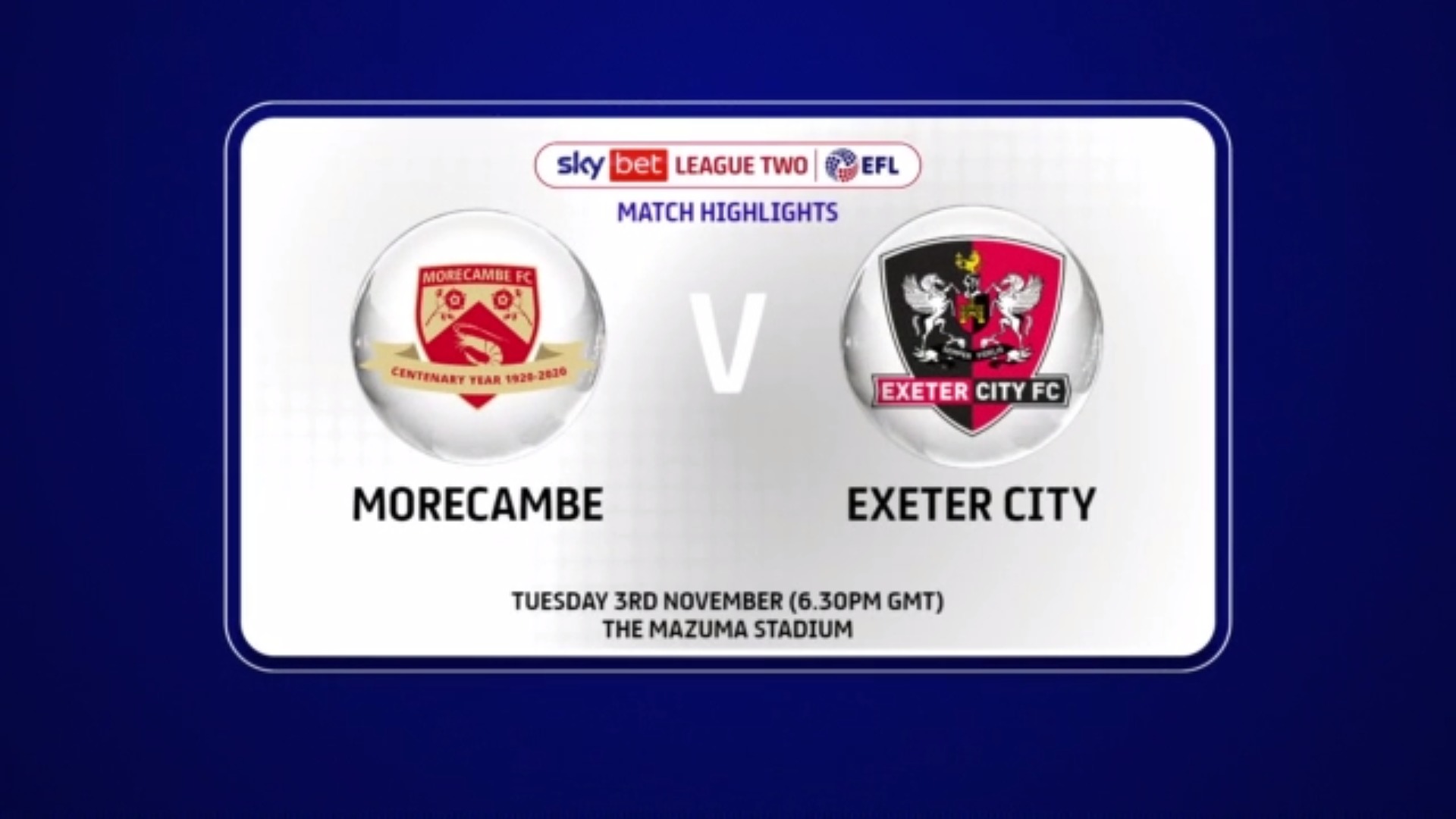 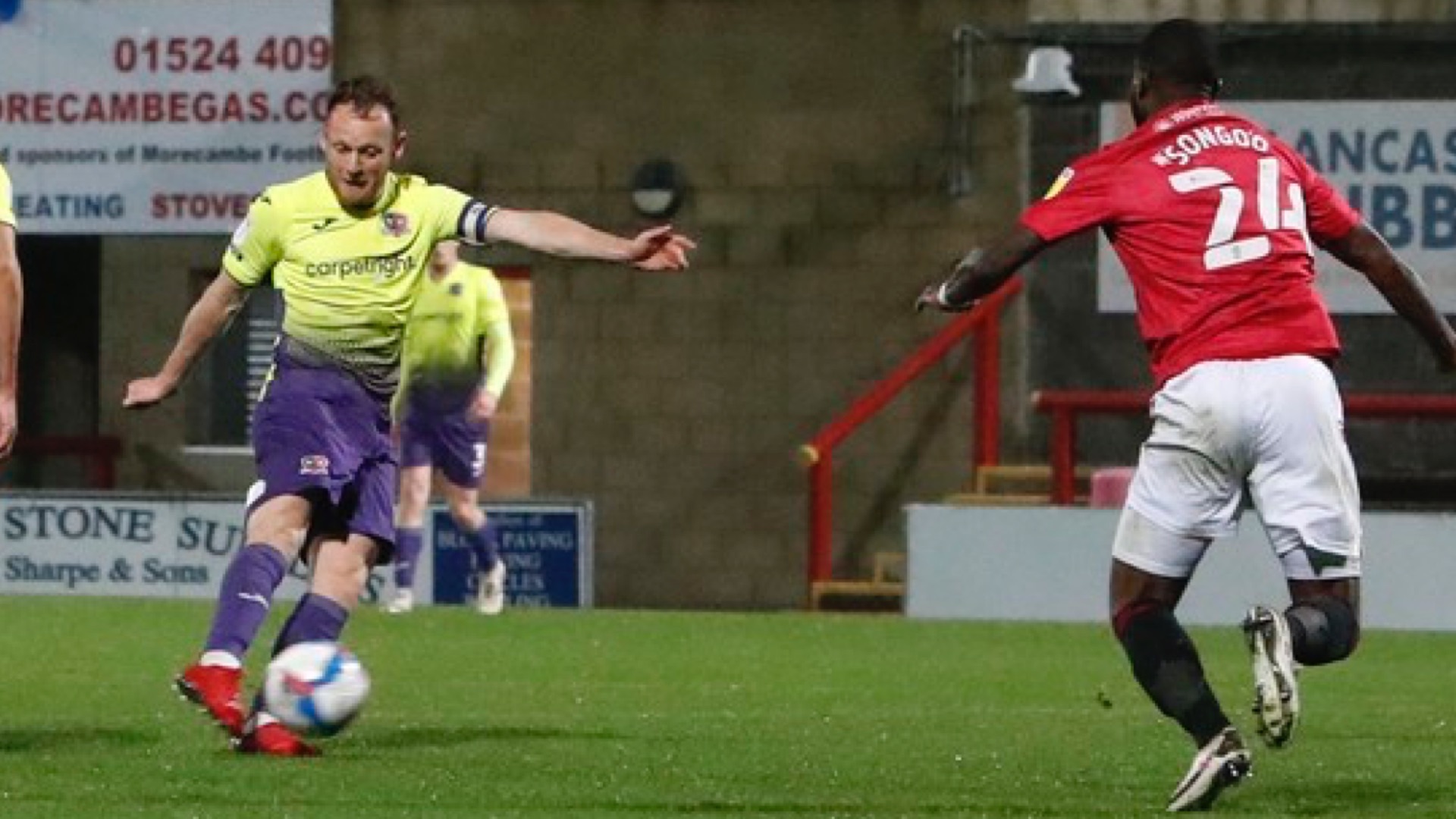