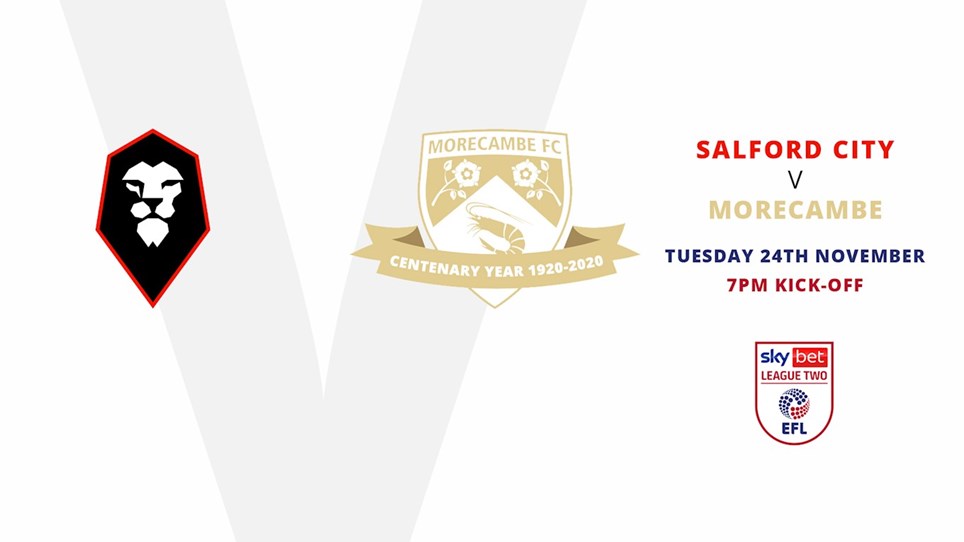 
The kick-off time for the Shrimps' Sky Bet League Two fixture versus Salford City has been changed.

The Shrimps produced a fine performance but were undone by two top quality strikes Ash Hunter just before the break despite a second half reply from Cole Stockton.

Hunter’s first was a brilliant strike from 20 yards out when he curled a right footed effort superbly over Jake Turner and into the top left hand corner of the Morecambe goal.

Four minutes later Hunter made it 2-0 with another long range effort that beat Turner low to his right.

The Shrimps came back into the game with Stockton’s goal on 54 minutes. Adam Phillips won the ball in midfield and saw Stockton to his left and the striker kept his cool to get the ball onto his right foot and clip a well placed effort over the Salford keeper Vaclav Hladkey.

Morecambe, who made three changes to the side that drew with Scunthorpe on Saturday, continued to look dangerous but wasted two golden chances to draw level. Carlos Mendes-Gomes was played through on goal and when Hladkey slipped looked sure to score but volleyed over the bar.

Two minutes later Jordan Slew was played in on goal down the left but fired over.

Morecambe continued to press with Adam Phillips drilling a half volley just wide and a penalty appeal for handball waved away in stoppage time.

Aaron Wildig went close when he was found at the far post but he was once again denied by the home keeper who got down low at his near post to make the save.


The kick-off time for the Shrimps' Sky Bet League Two fixture versus Salford City has been changed. 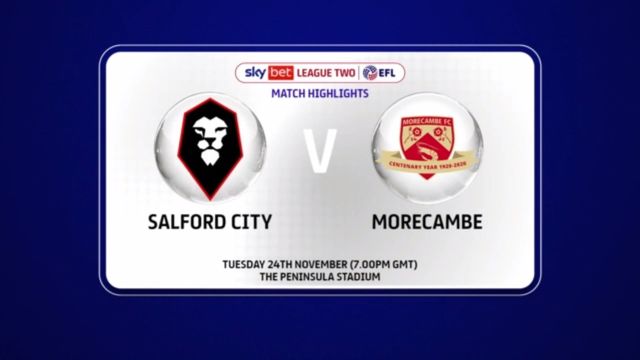 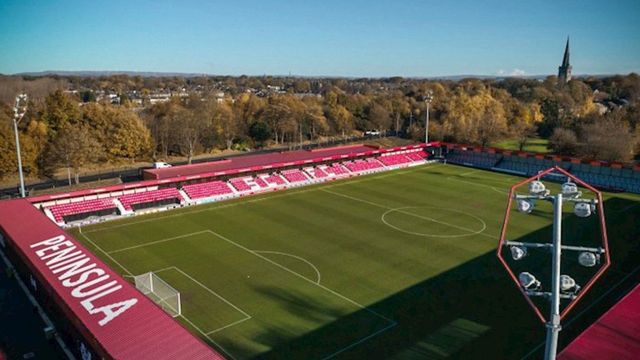