MORECAMBE picked up their first draw of the campaign as they were held by Mansfield at the Mazuma Stadium.

The Shrimps enjoyed the perfect start with Adam Phillips giving them the lead in only the third minute only for the visitors to pull level with a goal from Harry Charsley on 25 minutes.
Boss Derek Adams made three changes to the side that lost 4-0 at Crawley Town with injuries ruling out Alex Kenyon and Carlos Mendes-Gomes and Harry Davis forced to self isolate after contact with an ill person.
In came Nat Knight-Percival, Toumani Diagouraga and Yann Songo’o who made his first league start for the Shrimps.
Adams’s side had the best start possible as they took an early lead. Cole Stockton did well to hold the ball up down the right and put in a dangerous cross which found Phillips who scored his fifth of the season from close range.
Mansfield found an equaliser on 26 minutes. The dangerous Kelland Gordon beat Liam Gibson down the right and his low cross was met by Charsley whose half hit effort squirmed into the bottom right-hand corner of Jake Turner’s goal.
Mansfield were then fortunate not to be reduced to 10 men when Stephen McLaughlin was only cautioned for a dangerously high tackle on John O’Sullivan before the break.
Morecambe ended the half on top and Stockton again provided a telling cross into the area but it was just too far ahead of the stretching Aaron Wildig at the far post.
The second half saw both sides have early chances.
Mansfield had the first effort on 50 minutes with McLaughlin’s free-kick forcing a full stretch save from Jake Turner before the Shrimps went close when Wildig's cross was met by Stockton only for Marek Stech to pull off a fine save.
Seconds later, Phillips sent in a first-time effort which narrowly cleared the woodwork.
Despite the best efforts of Derek Adams' side, they couldn't find the winning goal as the game ended one-a-piece.
Morecambe: Turner, Cooney (Hendrie 85), Knight-Percival, Lavelle, Gibson (Mellor 60), Songo’o, Diagouraga, O’Sullivan, Wildig, Phillips (Slew 76), Stockton. Subs not used: Halstead, Leitch-Smith, Pringle, McAlinden.
Mansfield Town: Stech, Menayese, Rawson, Sweeney, O’Keeffe, Perch, Maris, McLaughlin (Sinclair 70), Gordon, Charsley, Cook (Bowery 73). Subs not used: Stone, O’Driscoll, Reid, Maynard, Smith.
Referee: Marc Edwards. 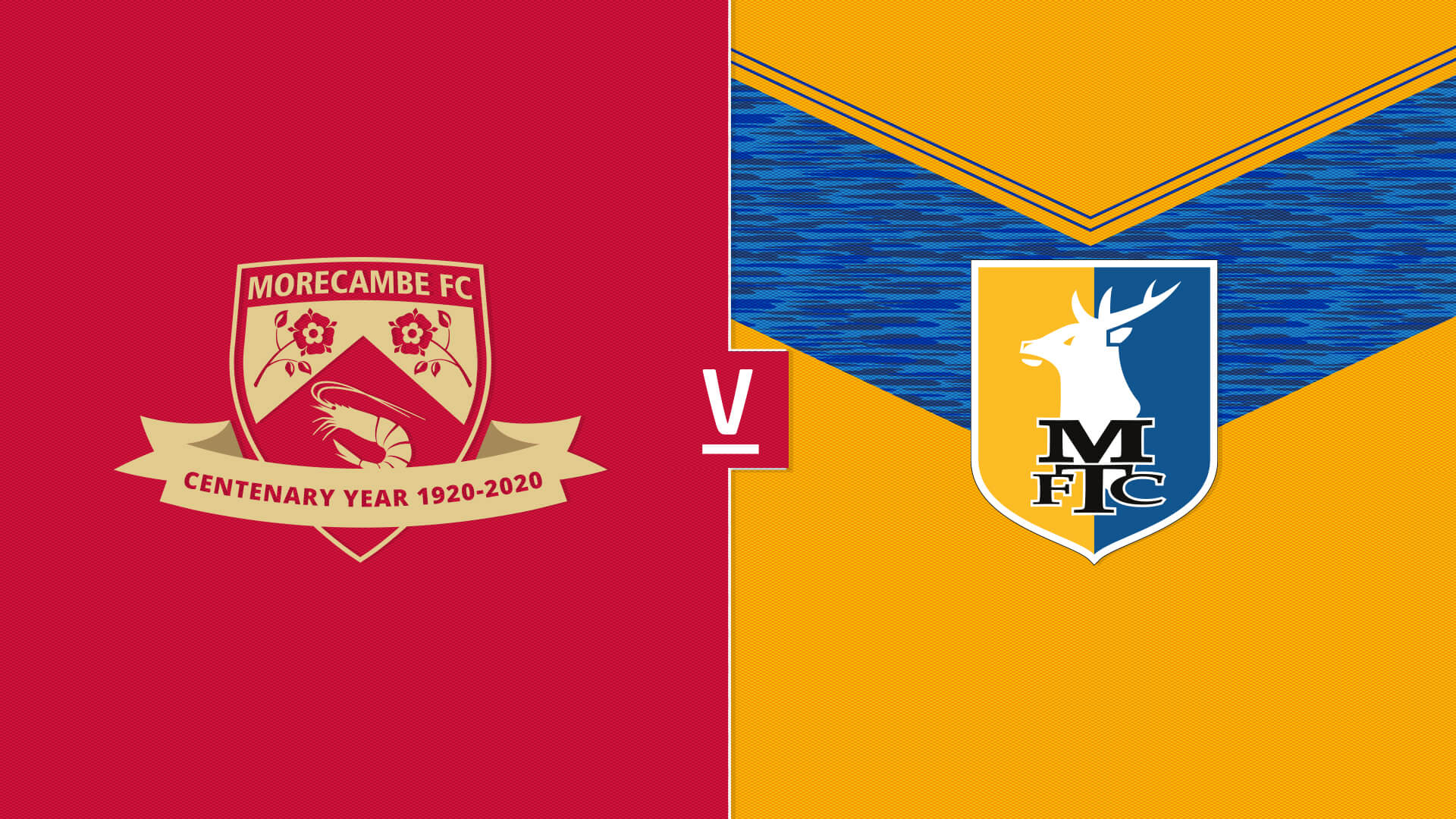 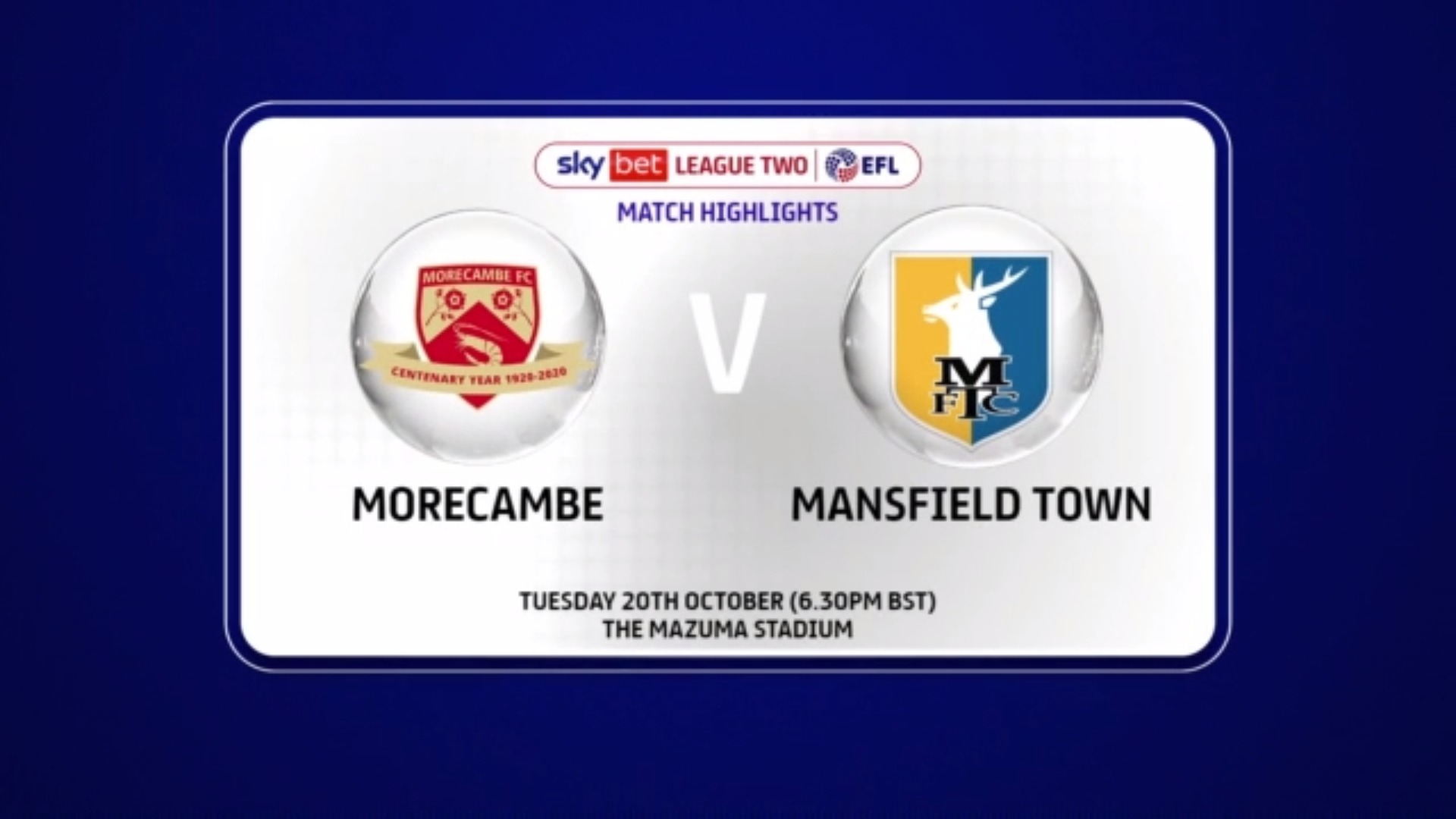 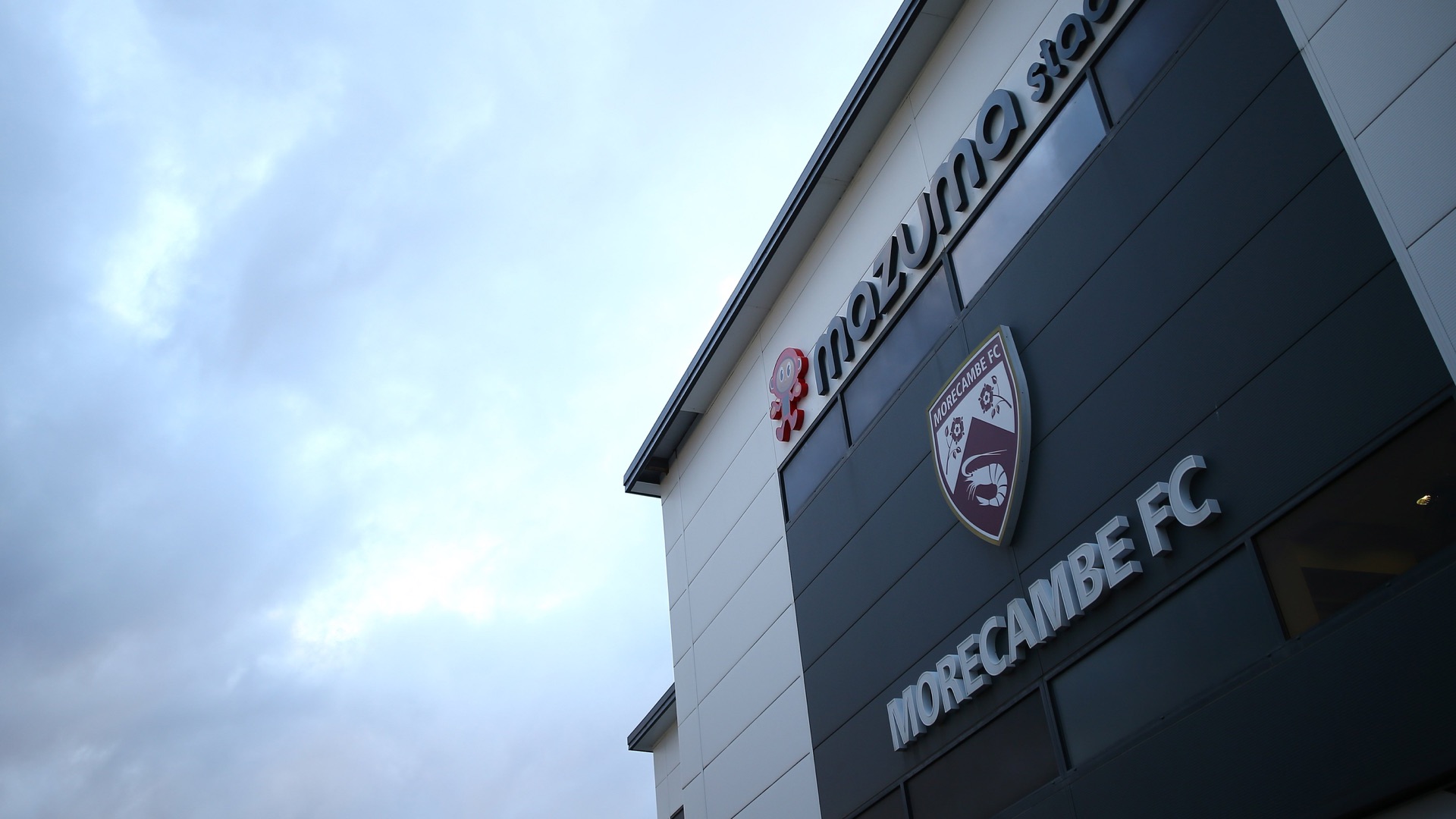