Derek Adams has named his side to face Oldham Athletic at Boundary Park this afternoon.

MORECAMBE moved to the top of League 2 with victory over Oldham at Boundary Park.

The Shrimps made it three wins from three games away from home as they maintained their excellent start to the season.
Boss Derek Adams stuck with the side that beat Port Vale at the Mazuma Stadium last Saturday and they certainly started the game on the front foot with John O’Sullivan dragging an early effort wide and Harry Davis denied by a superb save from Ian Lawlor.
Oldham hit back with Jordan Barnett firing a shot into the side netting before the Shrimps took control again and opened the scoring three minutes before the break. Ryan Cooney delivered a superb cross from the right and Aaron Wildig threw himself at the ball to squeeze a header past Lawlor in the Oldham goal.
Oldham came out for the second half looking sharper and they levelled on 52 minutes when leading scorer Conor McAleny worked an opening on the left-hand side of the box before curling an effort past Jake Turner.
The Shrimps hit back quickly and regained the lead on the hour. Wildig swung in a left-wing corner and Alex Kenyon got ahead of his marker to direct a header past substitute keeper Mackenzie Chapman.
Six minutes later the Shrimps added to their advantage with a well-worked goal on the counter-attack. Liam Gibson did well to win the ball in midfield to find O’Sullivan who produced a pinpoint cross for Cole Stockton to head home his first goal of the season.
To their credit, Oldham came back again with McAleny scoring his second of the game in the 90th minute with a fine header from another excellent right-wing cross.
The home side pushed forward at the death and the Shrimps were forced to produce some fine defensive blocks to hold onto the lead and pick up another excellent three points.
Oldham: Lawlor (rep Chapman 46), Jombati. (rep Rowe 69), Hamer, Piergianni, Fage, Garrity, Blackwood, Whelan, Barmett, McAleny, Dearnley (rep Bahamboila 59). Subs not used: Keillor-Dunn, Grant, Jameson, Sutton.
Morecambe: Turner, Cooney, Lavelle, Davis, Gibson, Phillips (rep Songo’o 87), Wildig, Kenyon, O’Sullivan, Mendes-Gomes (rep Knight-Percival 90), Stockton (rep McAlinden 90). Subs not used: Da Silva Mendes, Mellor, Slew, Pringle. 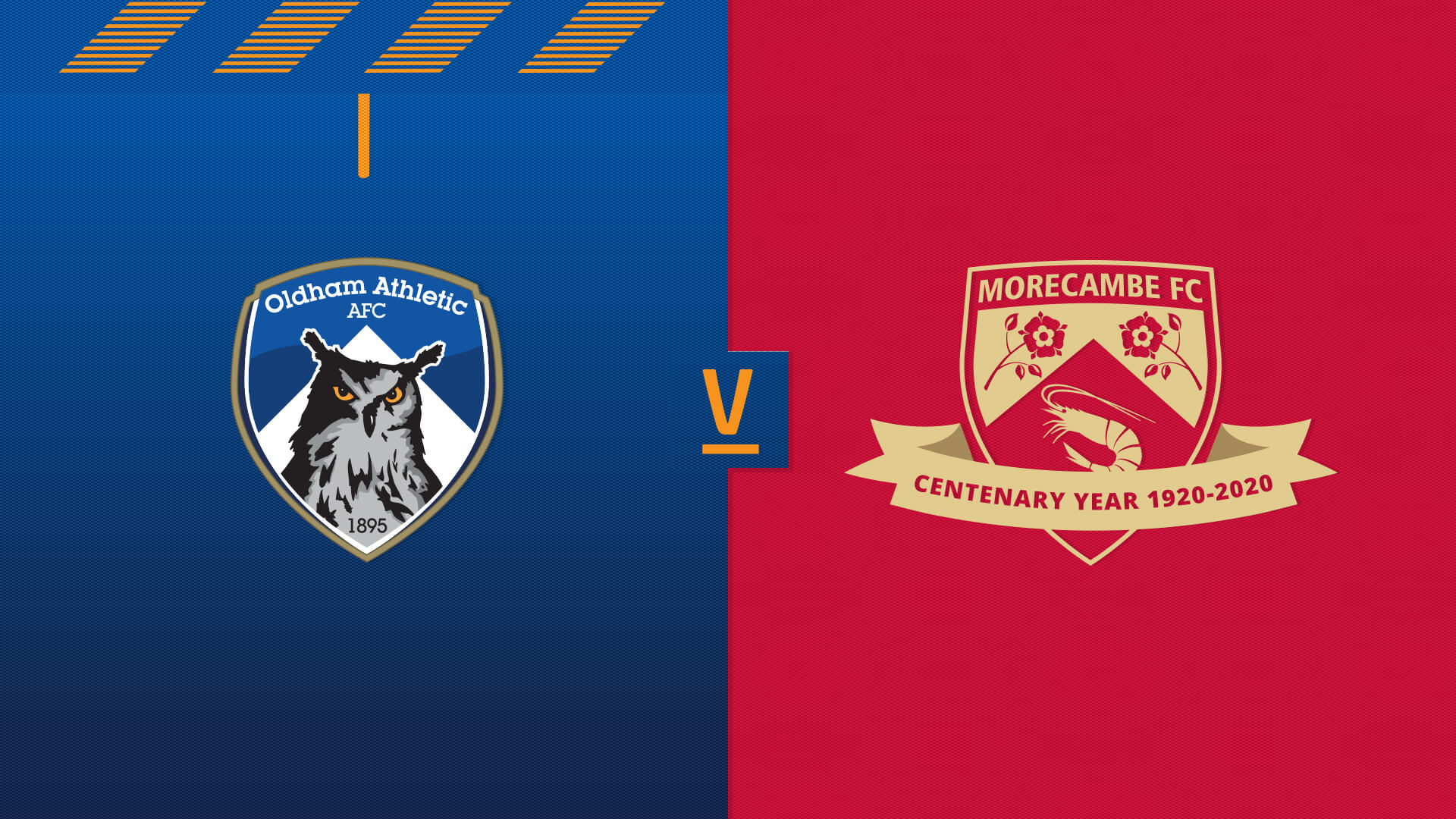 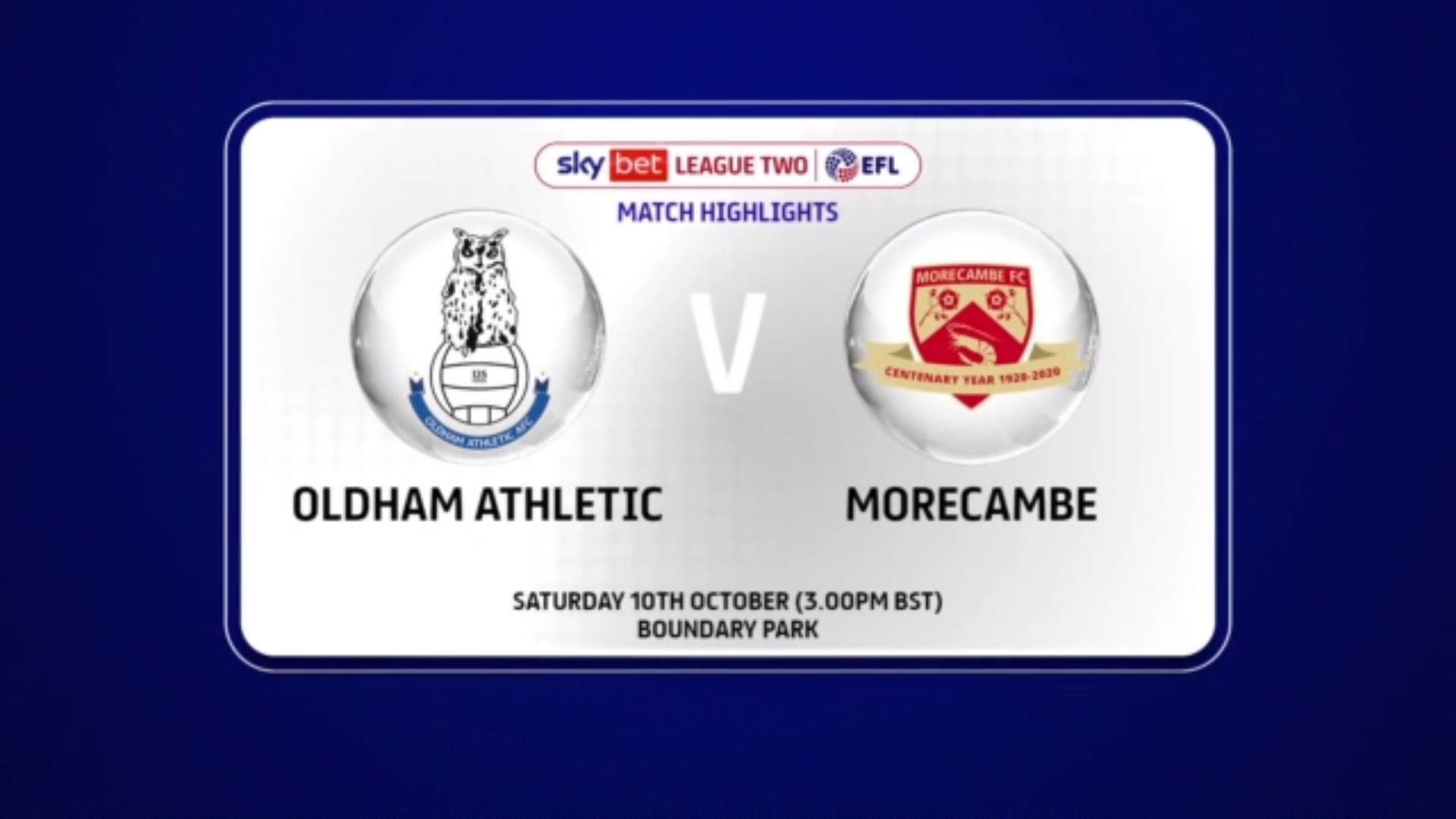 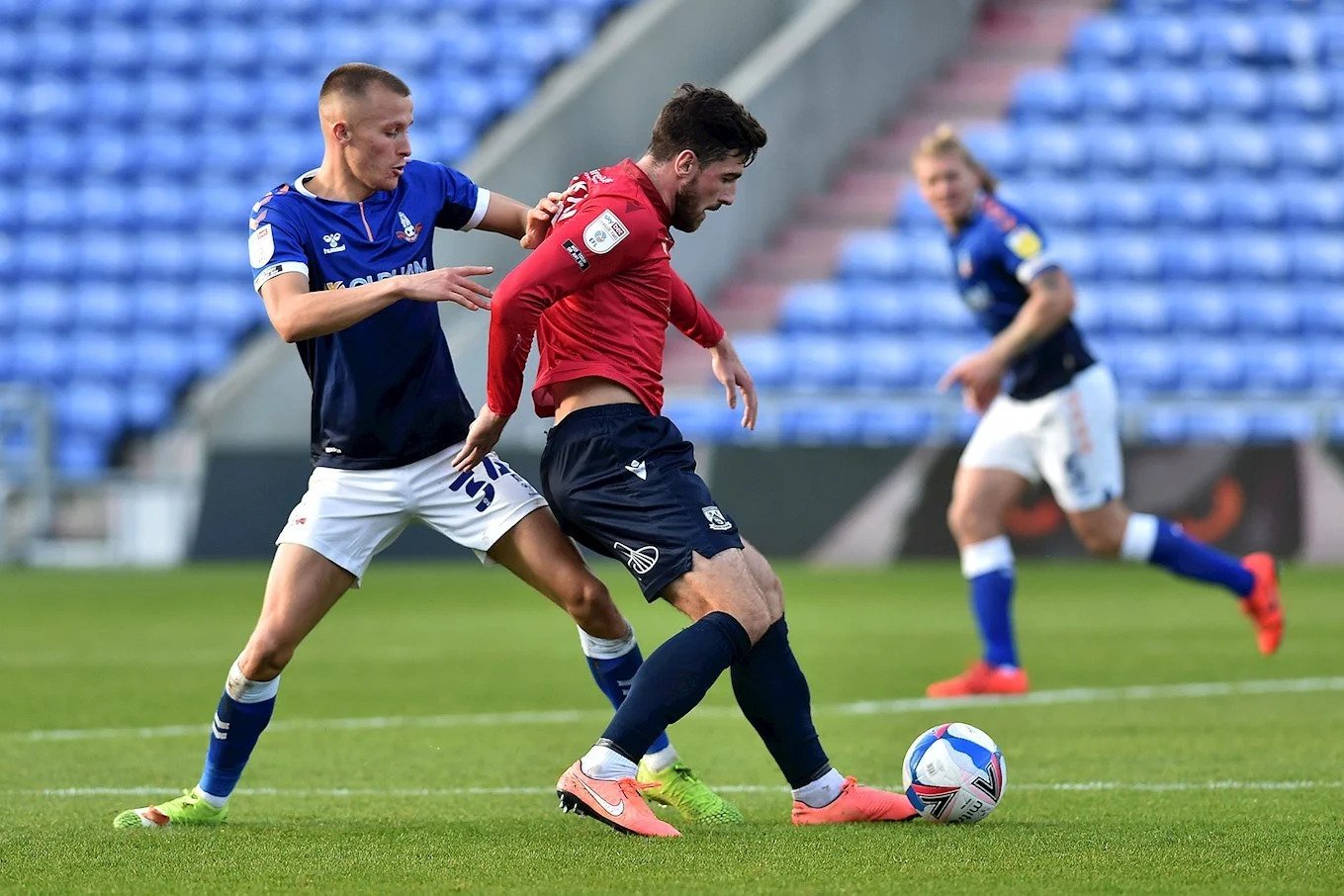