MORECAMBE kicked off their League 2 campaign with a fine win at the Jonny Rocks Stadium.

Late goals from Adam Phillips and Carlos Mendes-Gomes saw the Shrimps hit back after a strike from Alfie May on 28 minutes earned last season’s play off semi-finalists the lead at the break.

The home side started the game on the front foot and had an early chance with Will Boyle directing a header straight at Jake Turner and Finn Azaz curling an effort from the right hand side just wide of the post.

Morecambe threatened themselves with a shot from Cole Stockton that was well blocked boy Charlie Raglan before the Shrimps went close to an opener. Stephen Hendrie found space down the left and sent in a lot left wing cross that was diverted by Conor Thomas towards his own goal, forcing Josh Griffiths to save desperately with his legs.

The Shrimps were just beginning to get on top when the home side scored the opening goal of the game. Thomas clipped in a cross come shot from the right hand side that hit the post but rebounded perfectly for Alfie May who made not mistake to score from six yards.

Morecambe provided a reaction with Cole Stockton racing onto a long through ball and seeing his lob over the onrushing Griffiths fall the wrong side of he left hand post.

Adams brought on Liam McAlinden for Stockton at the break and the former Cheltenham man was soon in the action drilling a low shot from an acute angle wide of the left hand post before the Shrimps saw a penalty claim waved away after Mendes-Gomes was bundled over in the box.

Cheltenham hit back with Shrimps’ keeper Jake Turner producing a fine double save to tip away Andy Williams’s close range header and then react well to block the follow up from Will Boyle.

From there the Shrimps began to cause problems and were awarded a penalty on 78 minutes when Conor Thomas bundled over Phillips with a reckless challenge and the Shrimps’ midfielder slotted home from 12 yards.

The game then swung from end to end with Reuben Reid shooting inches wide on the turn before the Shrimps took the points in injury time. McAlinden held the ball up well and squared for Mendes-Gomes to keep his cool and score from 12 yards to seal a superb three points. 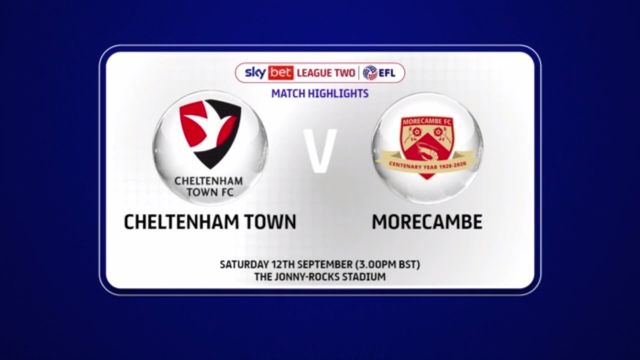 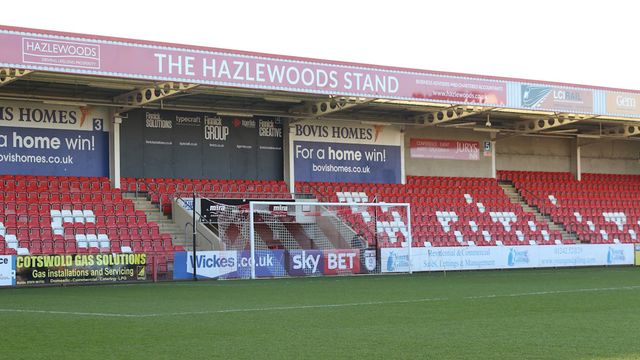