DEREK Adams says he has plenty of options as he looks to name his side for tonight’s EFL Trophy clash with Rochdale at the Mazuma Stadium.

The Shrimps go into the game on the back of a Carabao Cup success at Grimsby on Saturday and face a Dale side who also tasted victory with a 1-0 win at Huddersfield in their first group game of this year’s tournament.

Adams said: “We have plenty of options in the squad which is good and we will have a look before the game to see how we will line up.

“Sam Lavelle was on the bench on Saturday after picking up a knock in pre-season and Aaron Wildig missed the game after calling in sick so we will look at how they are while looking at the rest of the squad.

“We have a squad of players here now that can work to a few systems and that is good and we have to look at the large number of games coming up in the opening weeks of the season too to keep players fresh.’’

Shrimps fans can watch the match LIVE on iFollow with £10 match passes on sale now.

Under EFL rules, ALL supporters, including Season Ticket holders, must purchase a match pass to stream this game. There are no complimentary or discounted streaming codes for this fixture due to the match being an EFL Trophy game.

Please buy your pass as soon as possible to avoid any problems. Should fans require any assistance, please contact ifollow@efl.com

Click here for more information on iFollow for this fixture.

MORECAMBE suffered a dramatic defeat in their first EFL Trophy group game of the campaign.

The Shrimps led 1-0 with only four minutes remaining thanks to a first half goal from Sam Lavelle and looked set for victory.

It was a defeat that was hard to take for the Shrimps as they had created enough chances to win the game with ease.

Boss Derek Adams made seven changes to the side that overcame Grimsby in their opening game of the season and he saw his side dominate the early chances.

Jordan Slew drilled an early effort wide before summer signing Ben Pringle, making his first start for the club, curled a left footer just wide of the right hand post from the edge of the box.

Liam McAlinden fired an effort wide of the left hand post before Morecambe took the lead on 24 minutes.

Pringle produced a pinpoint corner from the right and skipper Lavelle broke free of his marker to head into the top right hand corner past Jay Lynch.

The home side then squandered two great chances to go further ahead when Adam Phillips volleyed over from a good position and John O’Sullivan missed the target altogether with a close range header from an excellent Luke Conlan cross.

The missed chances seemed to inspire Rochdale and they started to turn their neat football into chances in the second half.

Mark Halstead saved well from Lewis Bradley and then punched away a fiercely struck free kick from Oliver Rathbone.

After surviving a period of pressure the Shrimps then created chances that should have seen them win the game.

Pringle and Carlos Mendes-Gomes then went close for the Shrimps again before Rochdale won the game at the death.

A left wing cross caused the Morecambe defence all sorts of problems and after a goalmouth scramble Newby bundled the ball over the line to give the visitors the points. 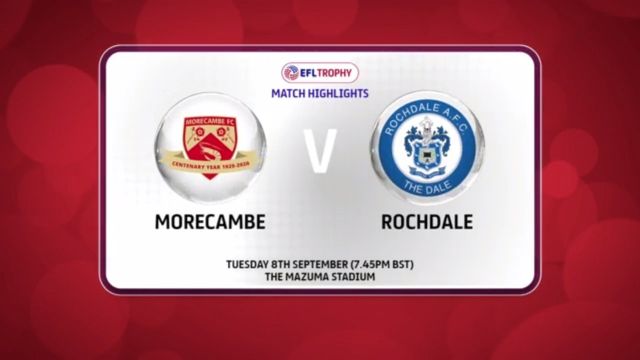 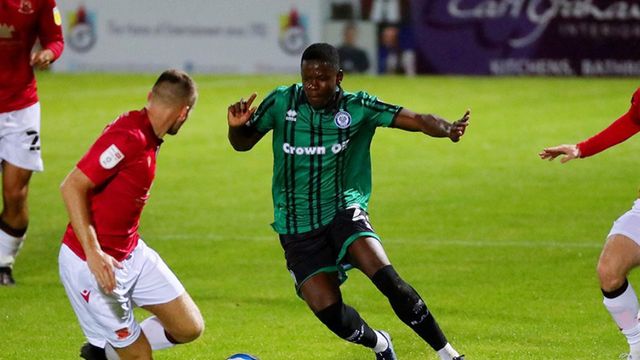