Derek Adams has named his side to face Salford City in tonight's EFL Trophy group fixture.

MORECAMBE bowed out of this year’s EFL Trophy after losing their second group game in this defeat at Salford.

After losing to Rochdale in their opening game of the campaign the Shrimps needed to get something from this match against Graham Alexander’s side but late goals in both half gave Salford the three points to keep them in with a chance of going through.

Shrimps’ boss Derek Adams made 10 changes to the side that beat Southend on Saturday with Yann Songo’o making his full debut and A-Jay Leitch-Smith making a welcome return to action.

The Shrimps were slow to get going however and Salford were on the front foot from the off when Morecambe gave the ball away from their own kick-off and Nathaniel Knight-Percival was booked with just 10 seconds on the clock as he denied Wilson a run on goal.

Marl Halstead denied Ibou Touray with a great save from then resulting free kick and the Morecambe keeper was by far the busier of the two stoppers as he saved brilliantly from Wilson on 37 minutes as the former Manchester United striker’s low shot looked set for the bottom right hand corner.

The chances continued for the home side with Martin Smith volleying just wide and Liam Loughlin curling a shot wide from the right hand side.

Salford finally broke the deadlock on 44 minutes. There was some fortune to the goal as well as an attempted Morecambe clearance was blocked and the ball fell neatly into the path of James Wilson who made no mistake from close range.

Morecambe looked much better after the break and forced an early chance when Leitch-Smith received the ball on the right hand side of the area but dragged his final effort wide of the target.

The Shrimps kept Salford to only one real chance of note when Wilson was denied by another good Halstead save before they went close to a leveller when Liam McAlinden turned a left wing cross just wide.

On 81 minutes Kelvin Mellor’s header from Ben Pringle looked destined for the top corner only to be cleared off the line by a Salford defender and as the Shrimps pushed forward for an equaliser they were undone for a second time in injury time.

Bruno Andrade got the better of Hendrie down the left and pulled the ball back for Ash Hunter to slot the ball past Halstead from 10 yards out to seal the win for Salford. 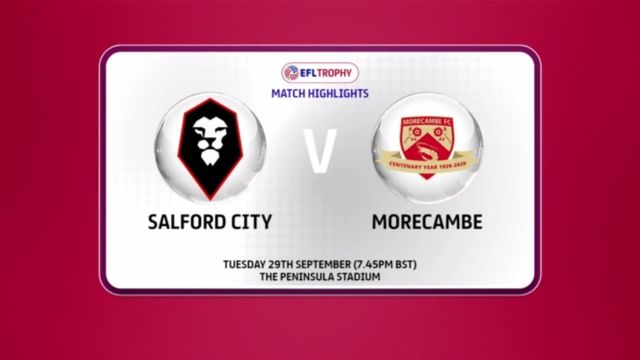 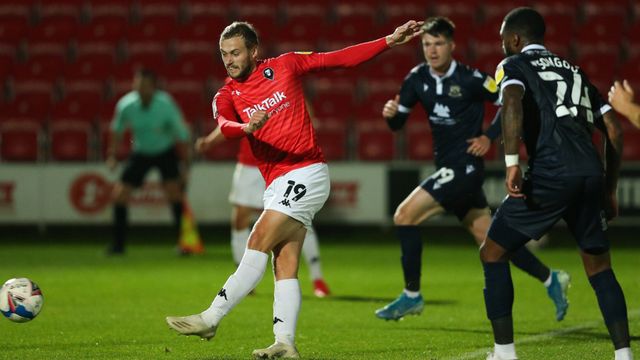