The Shrimps picked up a second successive victory to move out of the Sky Bet League One relegation zone.

In a game that saw the home side produce some determined defending, but the main talking point of the game was the performance of goalkeeper Trevor Carson who produced a number of sensational second-half saves to keep the Shrimps' advantage.

Shrimps' boss Adams stuck with the same side that performed so well in the 3-0 win over Burton Albion at the weekend.

Unfortunately for Adams his plans were soon hit when the visitors took the lead after only three minutes. The Shrimps allowed Mark Sykes to get a ball into the box and the always dangerous Matty Taylor was left unmarked to drill in a shot past Carson from six-yards.

The home side soon hit back and were level on 14 minutes with a well taken goal from skipper Wildig. An Adam Phillips free-kick was headed clear to the edge of the area and the midfielder reacted sharply to hit a shot from the edge of the area that deflected over Jack Stevens and into the goal.

Morecambe then took the lead on 24 minutes. Phillips did well to rob Herbie Kane of possession 25 yards from goal and ran into the box before pulling then ball back perfectly to Stockton who beat Stevens low to his right.

Stockton had a good chance to make it 3-1 but flashed a shot wide before Oxford enjoyed a period of dominance.

Ryan Williams got behind Arthur Gnahoua just after the half hour mark, but produced a poor cross before Gavin Whyte twice wasted good opportunities as he failed to find the target from inside the box after good approach play.

The second-half saw the U's dominate the possession but the Shrimps produced a fine rearguard action to keep them at bay until the final stages.

Whyte once again showed a lack of confidence when he opted to cross instead of shoot when in a great position, and Kane saw a shot well saved by the Morecambe stopper.

The best save came late in the game when Nathan Holland looked sure to score but saw his effort brilliantly saved by the legs of Carson.

There was still more for Carson to do though as he produced a world class stop to save a fierce Sam Winnall striker with his outstretched left arm to earn Derek Adams' side a superb win.

Tickets are now back on sale for our re-arranged Sky Bet League One game at home against Oxford United. 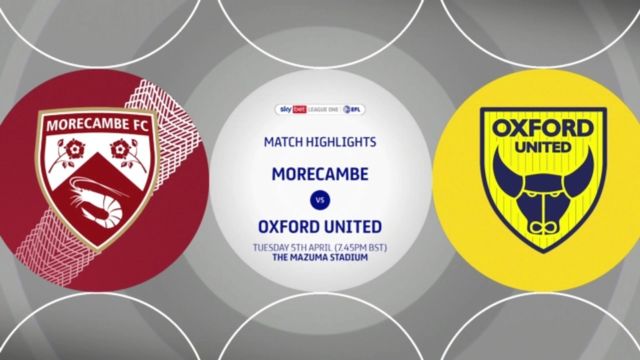 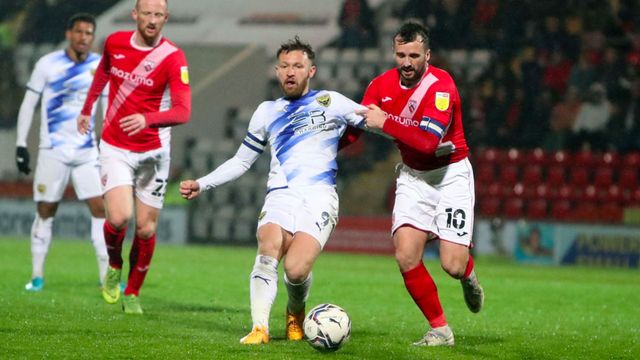