Morecambe are back in action under the lights at the Mazuma Stadium on Wednesday 29 December when they take on Crewe Alexandra in Sky Bet League One.

The Shrimps are in action for the first time since December 18 after their Boxing Day clash with Bolton Wanderers was postponed due to a covid outbreak in Ian Evatt’s squad.
Last time out, Morecambe earned a point after a goalless draw against Lancashire rivals Fleetwood Town at the Mazuma Stadium.
The two teams have met 15 times over the years and Crewe Alexandra have had the upper hand. They’ve won eight of those games and the Shrimps have won four. The other three games ended in a draw. This season at the Mornflake Stadium, Morecambe won 3-1 thanks to Adam Phillips’ opener and an Arthur Gnahoua brace.
The Opposition
Form guide
David Artell’s side find themselves bottom of the division and six points from safety. They’ve won two out of their last three in all competitions, beating Lincoln City 2-0 in the league after beating Doncaster Rovers by the same number of goals in the Papa John’s Trophy. They were last in action on December 11 when they were beaten at home by Sheffield Wednesday.
Former-Shrimps defender Artell was appointed Crewe manager in 2017 after the departure of Steve Davis. The 41-year-old made over 100 appearances for Morecambe between 2007-10 and is remembered for scoring a late winner against Preston North End in the League Cup, which was his second game for the club. He also scored the last ever goal at Christie Park. Artell played for a number of clubs including Mansfield Town, Chester City, Rotherham United and Crewe who he joined after departing Morecambe.
Key players
Top scorer Mikael Mandron has five goals to his name so far this season. The 27-year-old joined the Railwaymen in Summer 2020 from Gillingham. The French-born striker attended the Clairefontaine Academy before coming through the youth setup at Boulogne-Billancourt. At the age of 16, he joined Sunderland’s academy and made three appearances for the Black Cats. He has gone on to play for a number of clubs including Eastleigh, Colchester United and Wigan Athletic.
Experienced Chris Porter has notched up more than 150 appearances for the Cheshire club and has scored over 40 goals. This season, he has contributed with three goals and three assists. The forward played in the Scottish Premier League with Motherwell and the Championship with Derby County.
Everton youth product Chris Long joined the club in the Summer from Motherwell. The 26-year-old has represented England from U16 to U20 level. He spent time in the North West at Bolton Wanderers, Fleetwood Town and Blackpool as well as Burnley.
Artell’s pre-match thoughts
Crewe boss David Artell said that the increase in Covid cases within football is another reason why players have to remain professional.
“You can only prepare as well as you can and make sure the players are ready and then when it comes to the testing on the day of the game, you keep your fingers crossed,” he said.
“We have just carried on as normal as we possibly can and hopefully we can get back to playing some football again.”
Shrimps’ pre-match thoughts
Morecambe manager Stephen Robinson said he’s confident his side can pick up some results.
“This season will go right to the wire, we are in and amongst the teams that are fighting for survival and it will probably stay that way all season,” Robinson said.
“It will be about who keeps their nerve, who can put a little run of results together and sometimes who can have that little bit of fortune go their way.
“We can control what we do, we go into every game very prepared and we will play our football and I am confident that we can pick up results.”
Meet the men in the middle
Tyne-based referee Seb Stockbridge will take charge of Wednesday night’s clash. He will be assisted by Linesmen Daniel Woodward and Gary Hilton. Robert Madley will be the Fourth Official.
Stockbridge has taken charge of 20 games this season and has awarded 64 yellow cards and two red cards.
He last refereed the Shrimps in September against AFC Wimbledon who came out 4-3 winners.
Don’t miss a kick with our iFollow coverage

Joining host Dave Salmon is the club’s Head of Media and Communications Ryan Daly, audio passes are available from as little as £2.50 per match, £4.49 for a monthly pass or £45 for a season pass.
As well as full match commentary, the ‘Shrimps Verdict’ podcast will be available post-match, featuring online, on demand content, including audio match highlights, post-match interviews and reaction, and much more!

Two second-half goals saw the Shrimps fall to a disappointing defeat at home to Crewe Alexandra.

Crewe started the game sharply and forced a string of early corners with one almost ending with a chance as the ball rebounded in the Shrimps' area, but thankfully evaded any of the visiting forwards.

On six minutes Tom Lowery drilled in a left foot shot from 20-yards that hit the side netting of Kyle Letheren’s goal.

After a slow start the game, the Shrimps came into it with Aaron Wildig curling an effort wide of the right-hand post from the edge of the box, and Jonah Ayunga forcing a save from Dave Richards with a right-footed shot from 12-yards out.

The Railwaymen hit back again as Ainley went on a mazy run towards the Shrimps' box before eventually pulling the trigger, which was diverted just wide of the left-hand post.

It was the home side who then drew first blood as they took the lead on 36 minutes.

Ayunga showed great persistence down the right and put in a cross that looked to be behind Greg Leigh, but the full-back twisted in mid-air and directed the ball past Richards.

The game turned on its head in the second-half as the visitors scored two goals in four minutes to grab the lead.

The first came on 52 minutes with a close range header from veteran striker Chris Porter from a Tom Lowery cross.

They took the lead four minutes later with a superb 25-yard volley from captain Luke Murphy looping an effort into the top-left corner of Letheren's goal.

The Shrimps tried to find a way back into the game with Aaron Wildig volleying over a great chance from close range and Ayunga forced Richards into a fine save low to his left, after a swift counter-attack.

The Shrimps ended the game on the front foot but failed to find their way through a resolute Crewe defence.

Tickets are now on sale for our Sky Bet League One game at home to Crewe Alexandra. 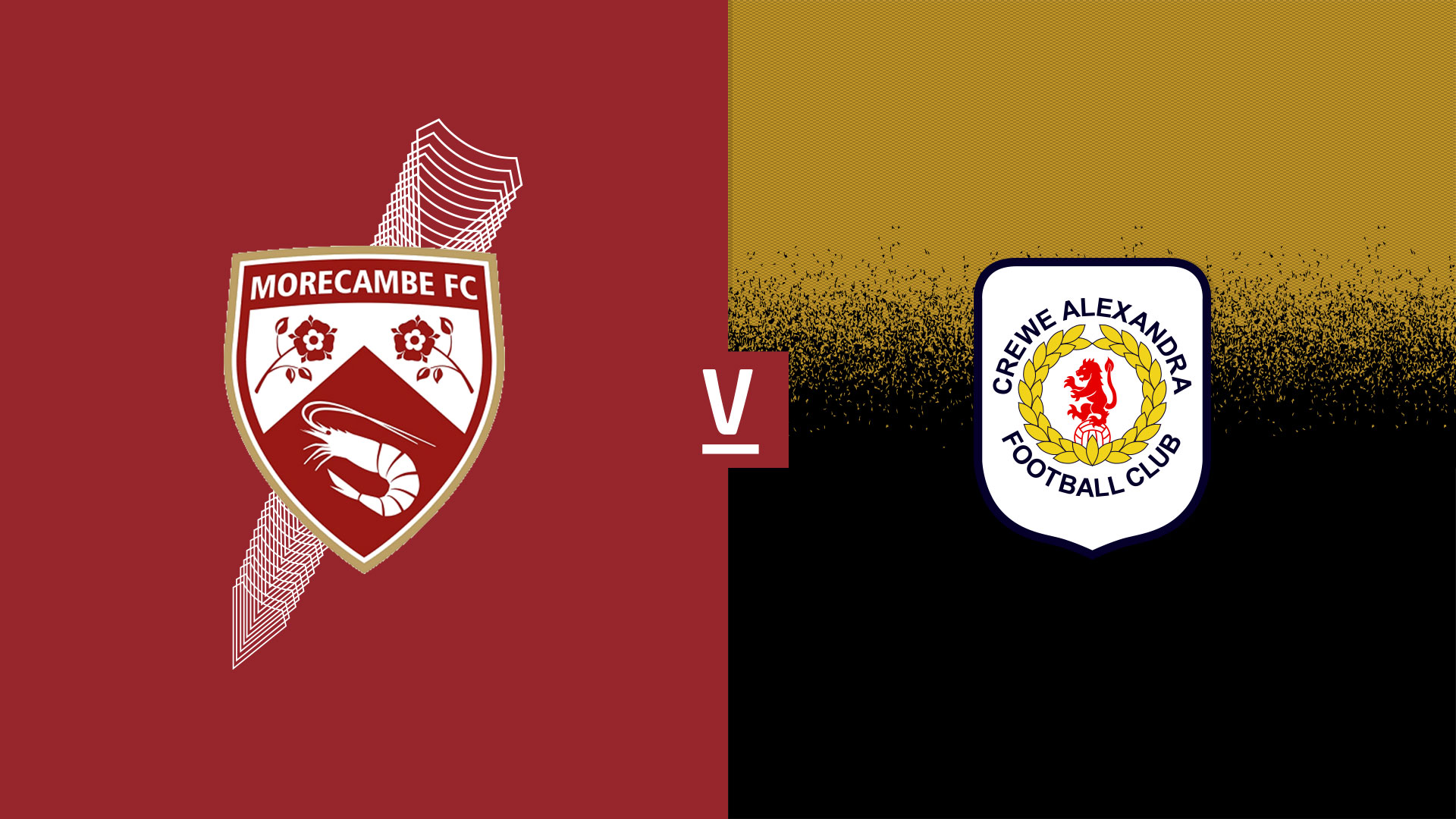 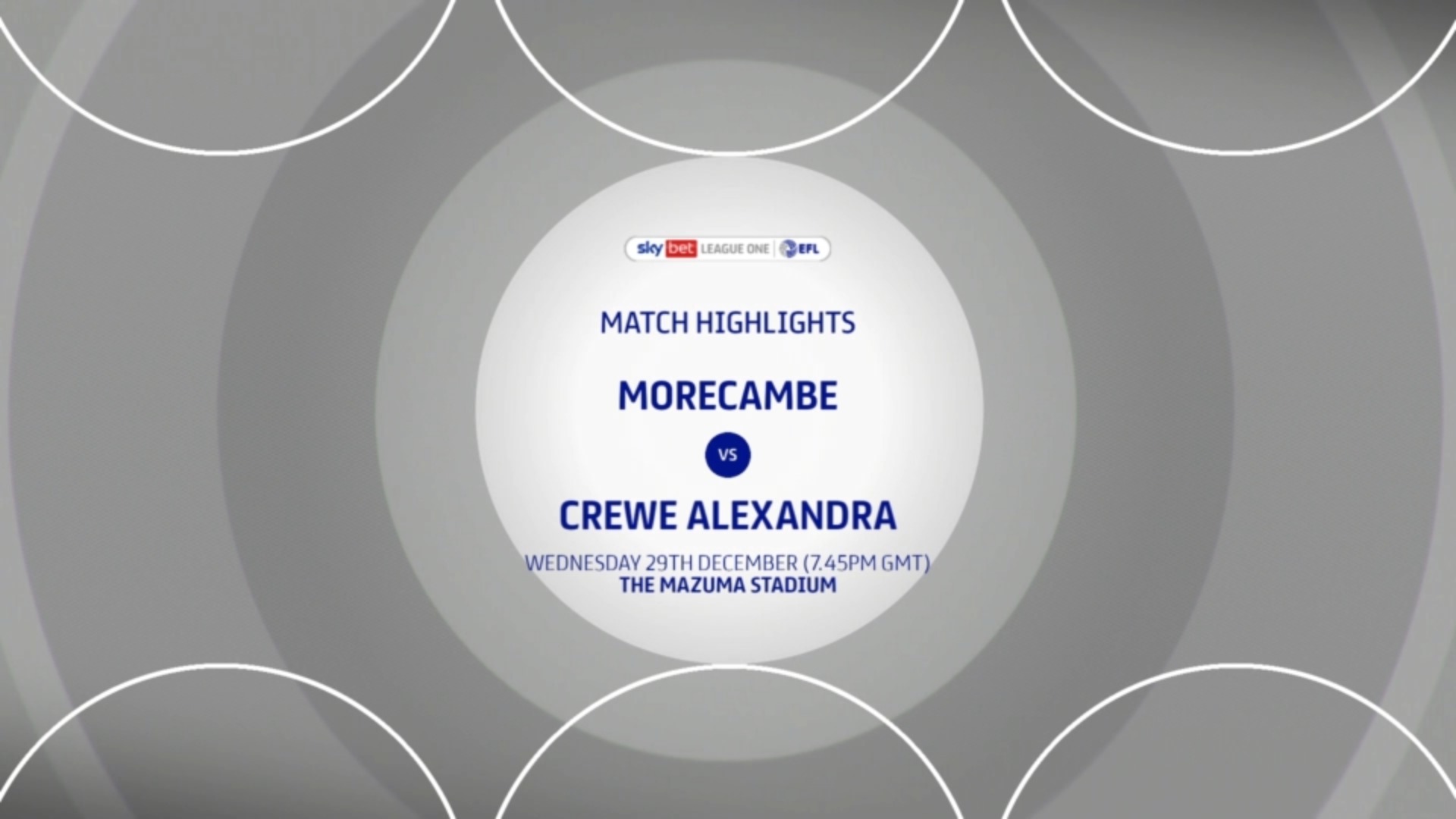 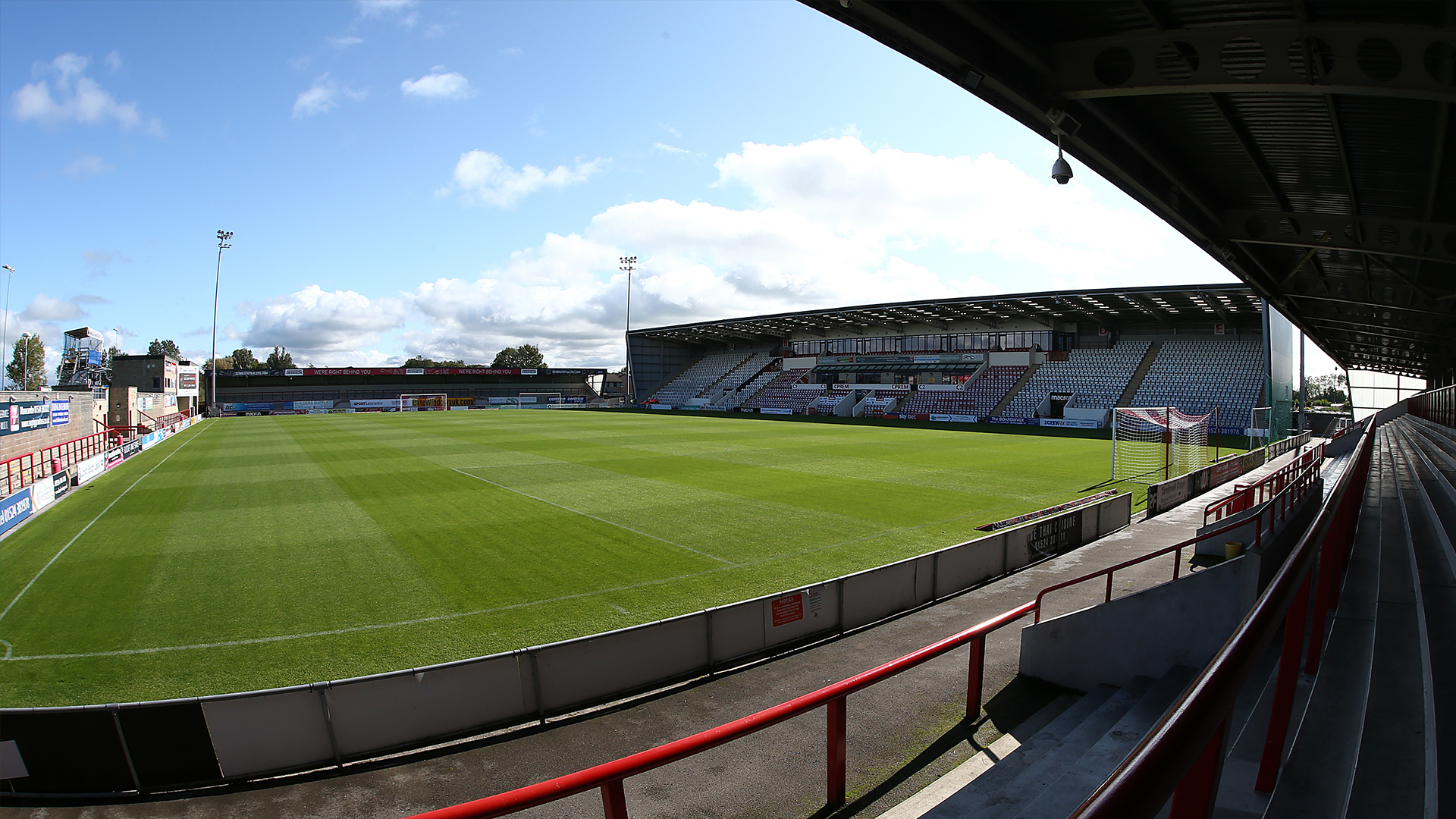