Morecambe return to the Mazuma Stadium on Saturday 18 December when they take on local rivals Fleetwood Town in Sky Bet League One.

The Shrimps come into the game on the back of a 2-0 defeat away to Portsmouth. Marcus Harness and Connor Ogilvie scored the goals either side of half-time, however manager Stephen Robinson said he was happy with how his side responded to the midweek defeat at Sunderland.
Morecambe’s last win in the league was against Saturday's visitors on November 20. Callum Jones’ opener was cancelled out by Callum Johnson ten minutes from time, though Cole Stockton struck at the death with a 94th minute wonder-strike to seal the points. The two sides have met a total of eight times with the Shrimps winning three of those games. Town have won four of the meetings and the other clash ended in a draw.
The Opposition
Form guide
Fleetwood Town currently find themselves in 19th position, two places and two points clear of the drop zone. They head into Saturday’s game in good form after recording victories in their last two games against Bolton Wanderers and Gillingham Town respectively. Former manager Simon Grayson was relieved of his duties three days after they played the Shrimps last month following another defeat to Oxford United.
Stephen Crainey finds himself in interim charge of the team after spending the last four years at the club managing the U23s side. As a player, the 40-year-old came through the youth setup at Celtic and went on to play for a number of clubs including Blackpool, where he made over 200 appearances. Crainey played for the Cod Army in 2014 and made nearly 30 appearances. The left-back was also capped 12 times for Scotland.
Key players
One of Fleetwood’s own Gerrard Garner is their leading goalscorer with seven goals so far this season. The 23-year-old came through the academy and has spent time on loan Southport, Bamber Bridge, FC United of Manchester and Gateshead whilst at Highbury.
Danny Andrew has six goals and six assists to his name so far this season. The left-back is well into his second spell at the club after making 16 appearances for the Cod Army between 2014-2016. He has also spent time at Cheltenham Town, Grimsby Town and Doncaster Rovers among a number of other clubs. He returned for his second spell at Highbury in 2019 and has made nearly 100 appearances since he arriving back on the Lancashire coast.
Callum Morton has scored four goals and has contributed with the same number of assists so far this season. The 21-year-old is on loan with the Cod Army from Championship side West Bromwich Albion. He helped Northampton Town win the Sky Bet League Two Play-Offs in 2020, scoring twice in the Semi-Final and once in the Final. Morton joined Fleetwood on a seaon-long loan from the Baggies in July 2021.
Crainey pre-match thoughts
The Town interim manager said he’s expecting a difficult game at the Mazuma.
"Every game in this league is tough," he said.
"I’ve been around League One for a couple of years now under different managers and you can see that there are no easy games, we’re expecting a tough game against Morecambe as they beat us not long ago at Highbury.
“They’ve got some strengths in their team, and so have we at the same time, but we are looking forward to it and we are hoping to come away with the three points.
“We need to prepare properly and do our due diligence for the game, they’ve got some top players and we need to try and combat that and, hopefully, put our stamp on the game at the other end of the pitch as well.
"We’ve got our blinkers on and are focusing on the game.”
Shrimps’ pre-match thoughts
Manager Stephen Robinson said he’s looking forward to returning to the Mazuma Stadium on Saturday.
“The next four games are huge for us, we are playing the team sin and around us which gives us a chance to claw back some points, climb up the table,” he said.
“It’s important that you beat the teams around you, but we’ve shown we can beat them, we were comfortable against them at times.
"They haven’t changed loads, their style of play is very similar to the previous manager and the same team as the previous manager so there’s not going to be any surprises.
"They’ve had two very good results and they play a nice style of football as well.
“We’re at home, we will try and take the game to them, we’ll come and press them and try and stamp our authority on the game.”
Meet the men in the middle
Bury St-Edmunds-based Christopher Pollard will take charge of Saturday’s game. He will be assisted by linesmen Richard Woodward, Joe Clark and fourth official Marc Edwards.
Pollard has taken charge of 14 games so far this season and has awarded 45 yellow cards and one red card. He last took charge of the Shrimps on the opening day of the 19/20 season away at Mansfield when the Shrimps drew 2-2. Sam Lavelle and Lewis Alessandra bagged for Morecambe on the day.
Don’t miss a kick with our iFollow coverage
After teaming up with Beyond Radio for the 2021/22 season, supporters will be able to listen to exclusive, full and uninterrupted radio commentary of every single game, home and away, which will be broadcast simultaneously across North Lancashire on 103.5 and 107.5FM, as well as on the iFollow Shrimps platform.
Joining host Dave Salmon is the club’s media assistant Matt Smith, audio passes are available from as little as £2.50 per match, £4.49 for a monthly pass or £45 for a season pass.
As well as full match commentary, the ‘Shrimps Verdict’ podcast will be available post-match, featuring online, on demand content, including audio match highlights, post-match interviews and reaction, and the chance for supporters to have their say.

Tickets are now on sale for our Sky Bet League One game against Fleetwood Town. 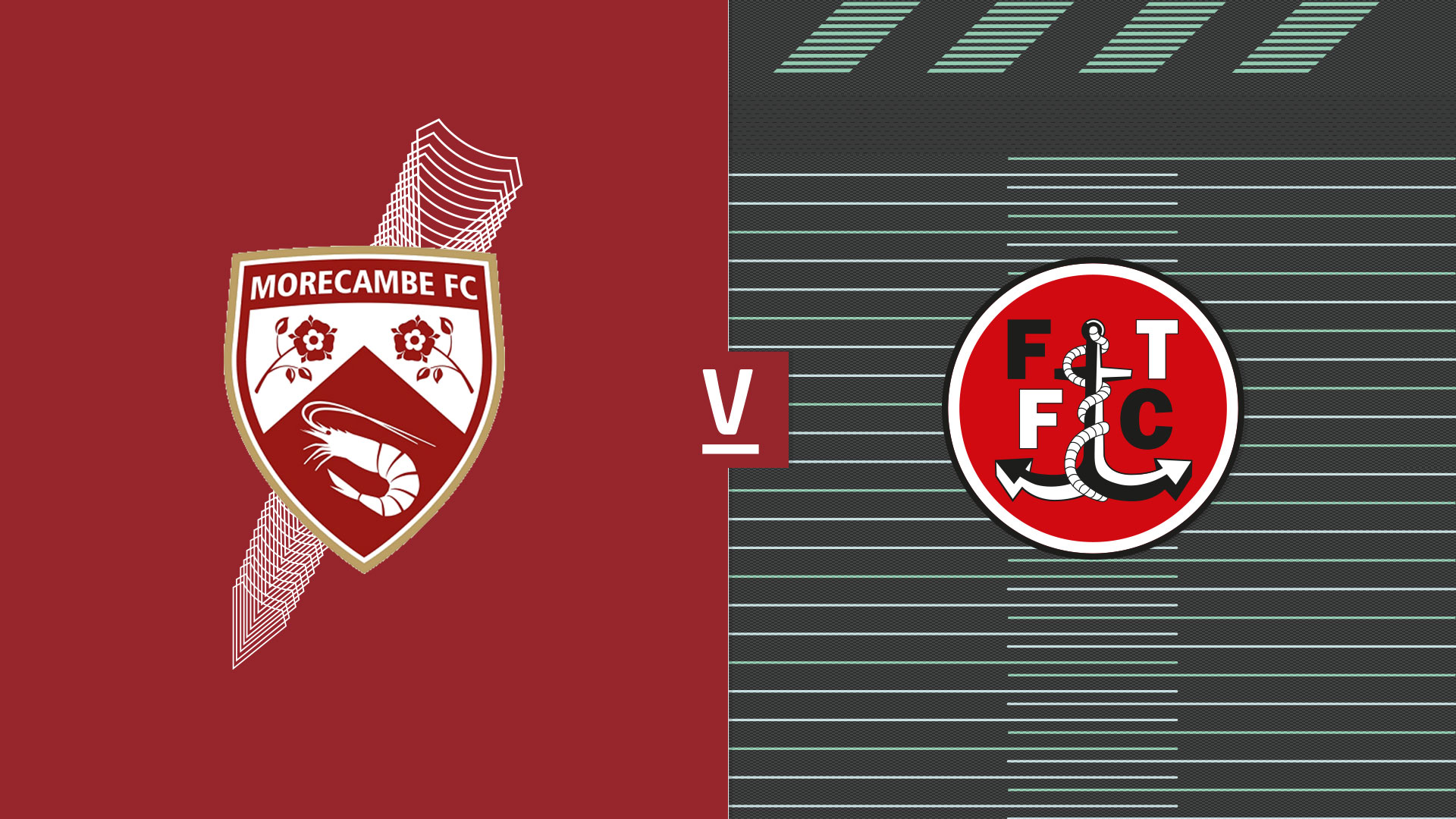 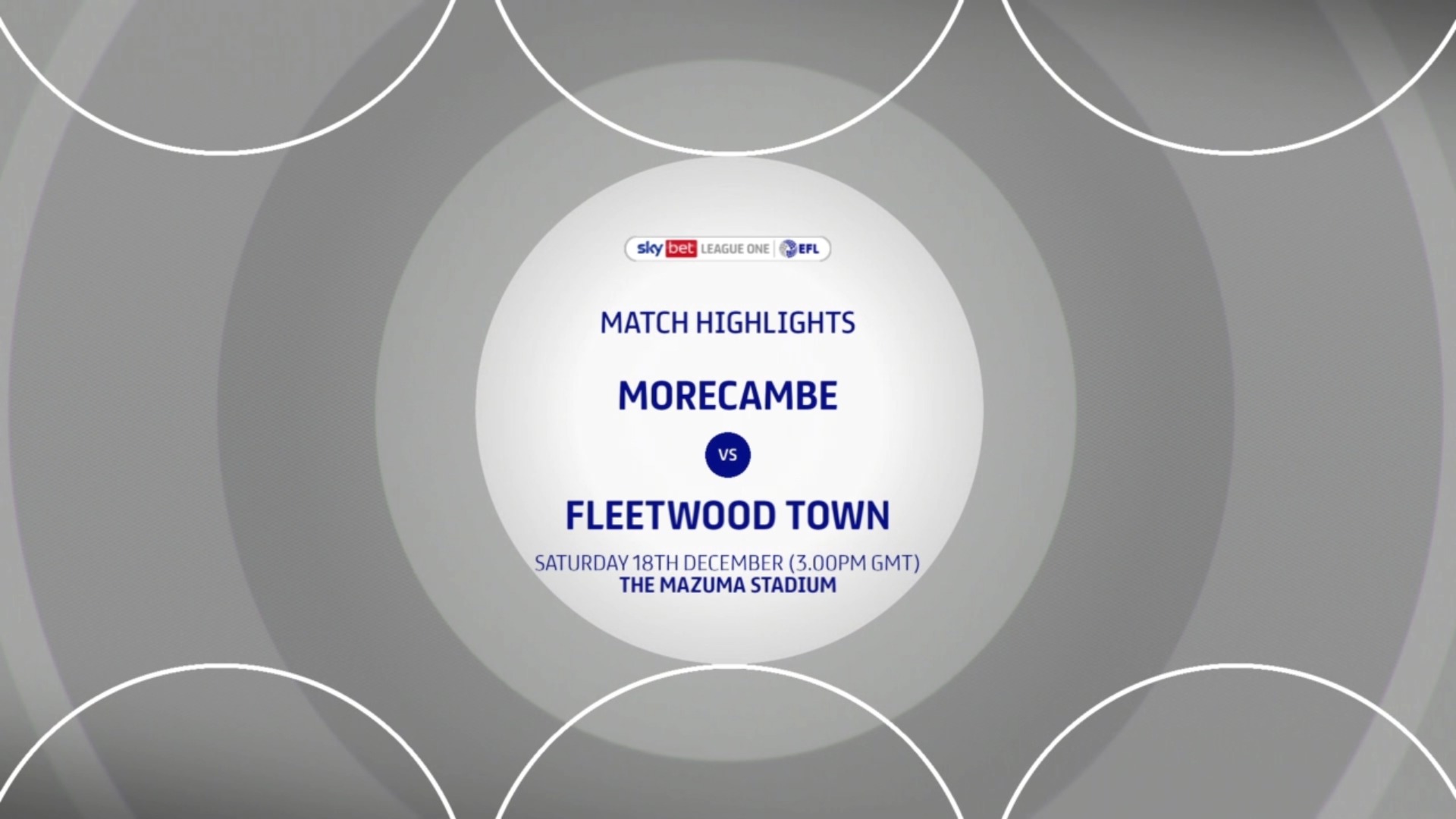