The Shrimps are in action for the time in 2022 when they host Doncaster Rovers at the Mazuma Stadium in Sky Bet League One on Sunday 2 January.

Morecambe will look to bounce back after they were beaten 2-1 by strugglers Crewe Alexandra under the lights at the Mazuma on Wednesday. Greg Leigh put the Shrimps ahead just before the break before two goals within ten minutes for the visitors turned the game on its head.
Stephen Robinson’s men go into Sunday’s game in search of their first ever win over Doncaster Rovers. The two teams have met three times with Rovers recording two victories. The other game ended in a draw.
The Opposition
Form guide
The South Yorkshire side find themselves bottom of League One, five points from safety. Their last victory came on December 11 when they beat Shrewsbury Town 1-0 at the Eco-Power Stadium. In midweek, they were subject to a 3-0 defeat at the hands of Sunderland AFC.
Gary McShefferey was appointed Rovers boss on a permanent basis on December 29. The 39-year-old was in temporary charge for their last four matches in all competitions and will take charge of his first game as permanent boss against the Shrimps.
The former striker and winger began his career at his hometown club Coventry City where he made nearly 250 appearances over two spells. McShefferey also had a spell at Doncaster Rovers as a player. He first joined the club on loan from Scunthorpe United before turning the move permanent in 2016.
Key players
This season’s top scorer Tommy Rowe returned to Rovers for his second spell at the club this Summer. Back in 2016, Rowe was then-manager Darren Forguson’s first Summer signing as Rovers boss. He went on to make over 120 appearances for the club before joining Bristol City. This season, Rowe has scored five goals to-date.
Striker Jordy Hiwula came through the youth setup at Manchester City. In 2015, he joined Huddersfield Town on a three-year deal and spent time out on loan at a number of clubs before joining Coventry City where he made over 50 appearances, scoring 14 goals. The 27-year-old joined Rovers from Portsmouth after his contract expired in Summer 2021.
26-year-old Jo Dodoo arrived at the Eco-Power Stadium in the Summer from Wigan Athletic. Between 2016-19, the forward was at Rangers where he made 20 appearances. He also had spells on loan at Charlton Athletic and Blackpool before joining Bolton Wanderers.
Shrimps’ pre-match thoughts
Manager Stephen Robinson has praised the support of the fans after they continued to get behind the team against Crewe Alexandra despite losing the game.
“I have to compliment the fans, they got behind the team for 90 minutes on Wednesday night and they expressed their views after the game, which is the right thing to do,” he said.
“I live in the real world and I’m a very down-to-earth person who understands that people want to see passion and desire, you see me in the dugout and I try and do that as much as I can.
“So I agree with them to a certain extent, but with some of the younger players, it is about fear rather not trying."
Meet the men in the middle
Sheffield and Hallamshire-based James Bell will referee Sunday’s clash. He will be assisted by Linesmen Billy Smallwood and Paul Graham. Lewis Raper will be the Fourth Official.
Bell has refereed 23 games this season and has awarded 77 yellow cards and no reds.
This will be the first time he has taken charge of a Shrimps' match after being appointed to the National List of Referees in 2020.
Don’t miss a kick with our iFollow coverage
After teaming up with Beyond Radio for the 2021/22 season, supporters will be able to listen to exclusive, full and uninterrupted radio commentary of every single game, home and away, which will be broadcast simultaneously on 103.5FM, 107.5FM and DAB+ digital radio across North Lancashire and South Cumbria as well as on the iFollow Shrimps platform.
Joining host Dave Salmon is special guest Abi Rodwell, audio passes are available from as little as £2.50 per match, £4.49 for a monthly pass or £45 for a season pass.
As well as full match commentary, the ‘Shrimps Verdict’ podcast will be available post-match, featuring online, on demand content, including audio match highlights, post-match interviews and reaction, and much more!

The Shrimps came from three goals down at half-time to pick up three huge points against fellow relegation candidates Doncaster Rovers on home soil.

First-half goals from Aidan Barlow, Dan Gardner and Joseph Olowu gave the South Yorkshire side a commanding lead at the break.

But two goals from Cole Stockton, one from Jonathan Obika and one from Toumani Diagouraga helped stage a dramatic comeback in front of 4,000 spectators at the Mazuma Stadium.

The visitors opened the scoring after eight minutes when a corner from Brandon Horton eventually made its way to Barlow at the far post, who managed fired home from close range.

Moments later Stephen Robinson’s men came close, a through Jonah Ayunga. A cross from the right by Ryan McLaughlin found its way into the box and there was Ayunga at the front post but could only head over from close range.

It was Ayunga again who had the next chance, a corner was swung into the box by Leeds United loanee Alfie McCalmont, and again, Ayunga could not direct his effort goal-wards.

On the 26th minute, the visitors doubled their lead.

A ball into the box from Horton found Gardner inside the box and his shot had too much power on it and managed to find a way through the hands of Kyle Letheren in the Shrimps goal.

Three minutes later, Gary McSheffrey’s men found the back of the net again. A cross into the box from the left found defender Olowu who nodded in from close range.

The first chance of the second-half fell to the home side and in-turn saw the Shrimps finally get on the scoresheet.

A cross from the left-hand side was nodded down by Anthony O’Connor into the path of Stockton who found the back of the net to notch his 14th league goal of this Sky Bet League One campaign.

On the 74th minute Stockton would eventually get his second of the game.

A terrific tackle in the middle of the park by Toumani Diagouraga he set McLoughlin through on goal before pulling the ball back for Stockton, who has the task of slotting the ball home past the beaten Jones.

Striker Obika was introduced 10 minutes from the break and that substitution proved to be the right one as he netted his first league goal for the club on the 83rd minute.

An effort from Greg Leigh was heading wide of the mark before Obika changed its final destination and guided the ball into the back of the net to complete the comeback.

With minutes of the game remaining, there was still enough time for more drama at the Mazuma Stadium, with Diagouraga netting one of the best goals you are likely to see this season.

McLoughlin’s corner was headed clear only to the edge of the box, before an unbelievable half-volley from Diagouraga nearly took the back of Jones’ net off and sparked wild celebrations in the home end.

Tickets are now on sale for our Sky Bet League One game at home to Doncaster Rovers. 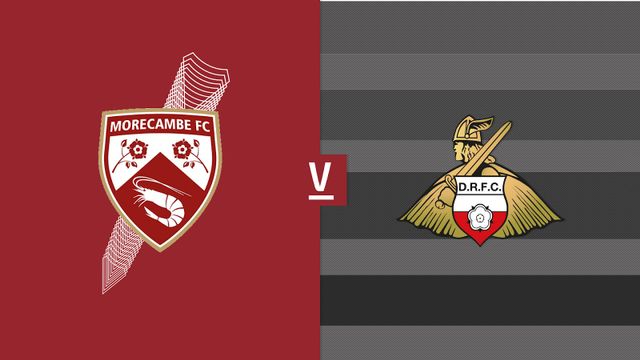 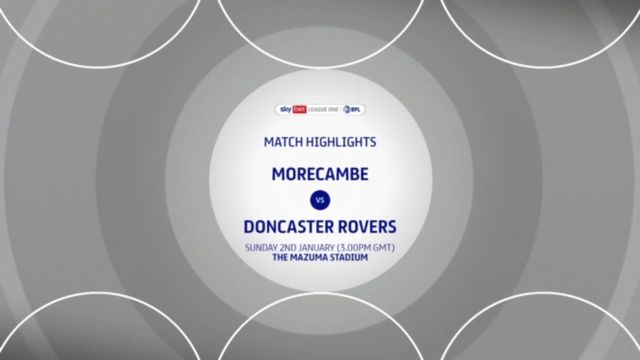 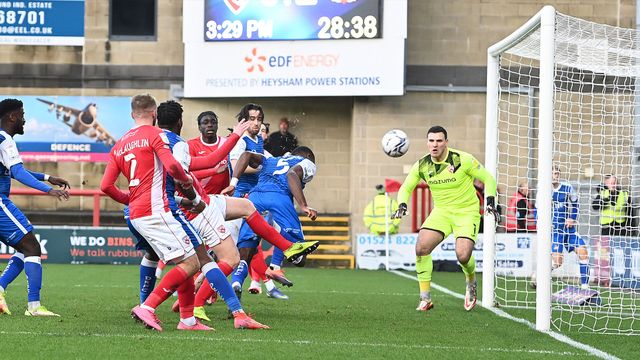