Charlton Athletic are the visitors to the Mazuma Stadium in Sky Bet League One on Tuesday 23 November.

Both sides head into the fixture on the back of league wins, with Morecambe claiming maximum points and the bragging rights in last Saturday's Lancashire derby away at Fleetwood Town, whereas the Addicks beat league leaders Plymouth Argyle 2-0 at The Valley.

Tuesday night's clash will be the first time the two teams have met in any kind of game, having never previously faced off since either club was formed.

Athletic have enjoyed an up and down start to the 2021/22 campaign and currently sit 12th in the table. Since taking over as manager following the sacking of Nigel Adkins last month, caretaker boss Johnnie Jackson has taken charge of seven matches, winning five, drawing one and losing one, averaging out at 2.29 points-per-match.

Jackson enjoyed a successful playing career that spanned across 492 games, 20 of which came in the Premier League for North London outfit Tottenham Hotspur. The 39-year-old also represented the likes of Watford, Derby County and his current employers Charlton Athletic. Throughout his career, he scored 75 goals and provided 35 assists. In his one previous spell as caretaker manager at Charlton, Jackson won his one game at the helm, overcoming Bristol Rovers in League One by three goals to two back in March 2021.

Leading Athletic's goalscoring tally so far is striker Jayden Stockley who has racked up a total of 10 goals in all competitions. The 28-year-old arrived in the summer on a permanent deal from Preston North End after spending a six month loan spell at the club last season. In 370 career appearances to-date, the Poole-born man has scored 105 times.

Another summer arrival is experienced midfielder Harry Arter who is on a season-long loan from Championship side Nottingham Forest. The 31-year-old Irish international has experience across the top three divisions in English football, making 94 appearances in the Premier League for Bournemouth and Cardiff City respectively, scoring a total of three goals.

Tricky winger Jonathan Leko is enjoying his second spell at The Valley having initially spent the first six months of the 2019/20 season with the South-East London club. Despite his young age, the 22-year-old Birmingham City man already boasts an impressive level of experience, with 170 appearances to his name, including over 10 games in the top flight. Leko has represented England at youth level, from the U16s through to the U20s, and is currently joint leader of Charlton's assist table with three (alongside Elliot Lee).

First team coach Diarmuid O'Carroll was full of praise when discussing Tuesday night's opponents ahead of the fixture.

Tyne-and-Wear based Andy Haines will take charge of the clash, with Peter Gooch and Paul Graham running the lines. Matthew Parry will take up the position of fourth official.

Haines has taken charge of 15 games so far this season, including our Papa John's Trophy fixture at home to Everton U21s earlier in the campaign. In those games, he has issued a total of 42 yellow cards without producing a red.

Don’t miss a kick with our iFollow coverage
After teaming up with Beyond Radio for the 2021/22 season, supporters will be able to listen to exclusive, full and uninterrupted radio commentary of every single game, home and away, which will be broadcast simultaneously across North Lancashire on 103.5 and 107.5FM, as well as on the iFollow Shrimps platform.
Joining host Dave Salmon is the club’s media assistant Matt Smith, audio passes are available from as little as £2.50 per match, £4.49 for a monthly pass or £45 for a season pass.
As well as full match commentary, the ‘Shrimps Verdict’ podcast will be available post-match, featuring online, on demand content, including audio match highlights, post-match interviews and reaction, and the chance for supporters to have their say.

The Shrimps battle back from two goals down as strikes from Cole Stockton and Anthony O’Connor sees the home side secure a point.

The first attempt on target of the game found its intended target and gave the Addicks the lead after two minutes.

On the 22nd minute it was the visitors again who looked likely to find the back of the net, after carrying the ball a long, George Dobson laid it off to Josh Davison, but the midfielder’s effort was over the bar.

A long punt downfield by goalkeeper Craig MacGillivray was touched down nicely by Washington before lifting the ball over the top of the on-rushing Andresson.

The Shrimps hit back just two minutes later from the penalty spot. A chipped ball into Stockton was brought down well by the striker, only for him to be pulled down by Chris Gunter who had got the wrong side of his man.

Up-stepped the confident Stockton who fired the ball straight down the middle to give Stephen Robinson’s men a way back into this game.

Ten minutes after the start of the second-half, the home side thought they had found their leveller through Jonah Ayunga.

A venomous effort from Alfie McCalmont thundered against the crossbar and dropped perfectly for Ayunga to prod home, however the referee had blown his whistle for an infringement in the build up.

On the 71st minute the Shrimps came close to levelling the game up, after his free-kick at the weekend against Fleetwood Town, Callum Jones was clearly up for notching another. On this occasion his effort was just wide of the mark.

Robinson’s men would not be denied their equaliser and it came a minute later. A delicious corner from McCalmont was prodded home by the O’Connor to net his first league goal of the season.

With 10 minutes of the game remaining, Stockton almost added another strike to his already flourishing Goal of the Season competition, catching an effort on the volley from 30-years out that had Craig MacGillvray scrambling.

We are back at the Mazuma Stadium on Saturday as we host Milton Keynes Dons in Sky Bet League One.

Tickets are now on sale for our Sky Bet League One game against Charlton Athletic. 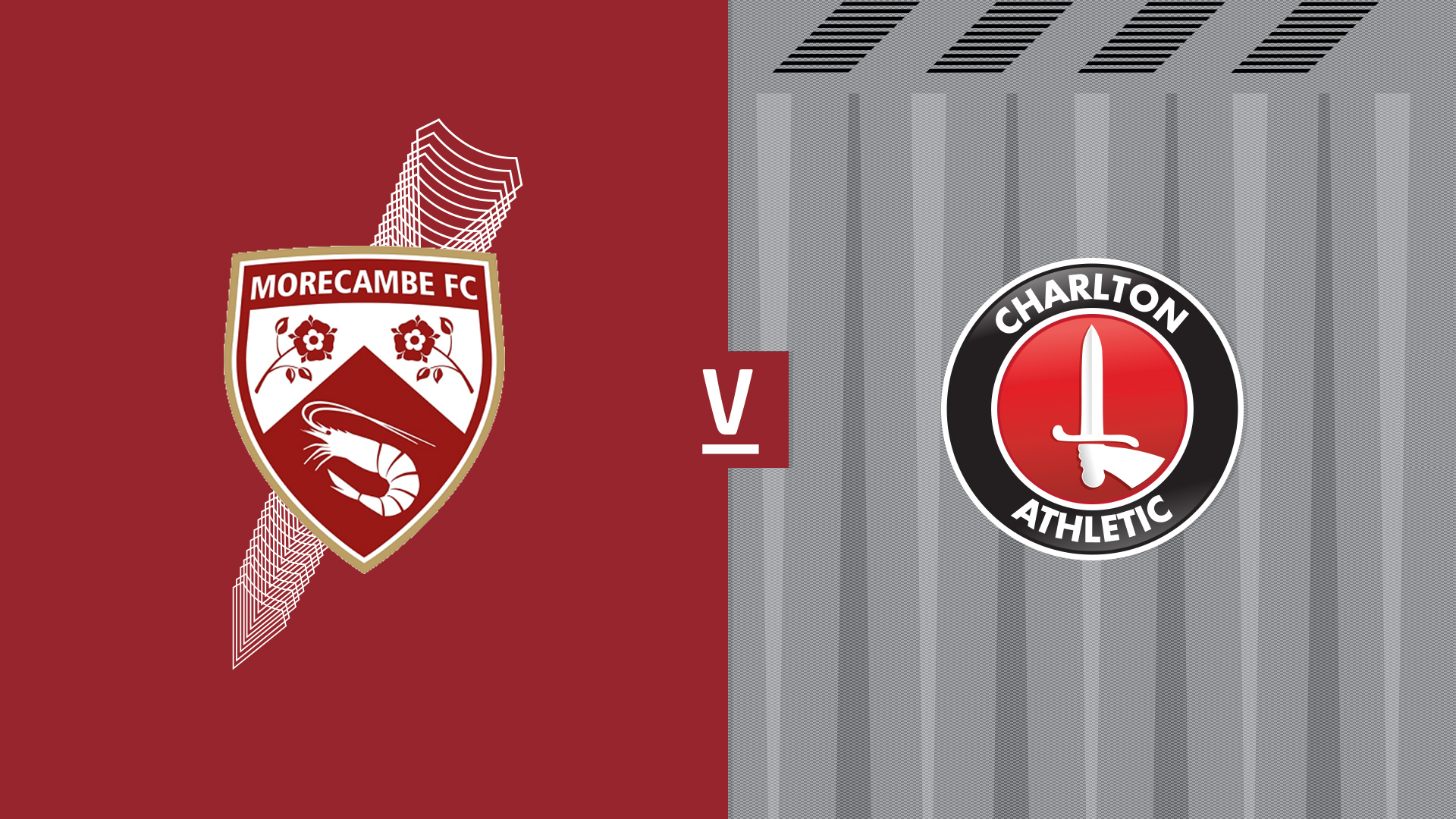 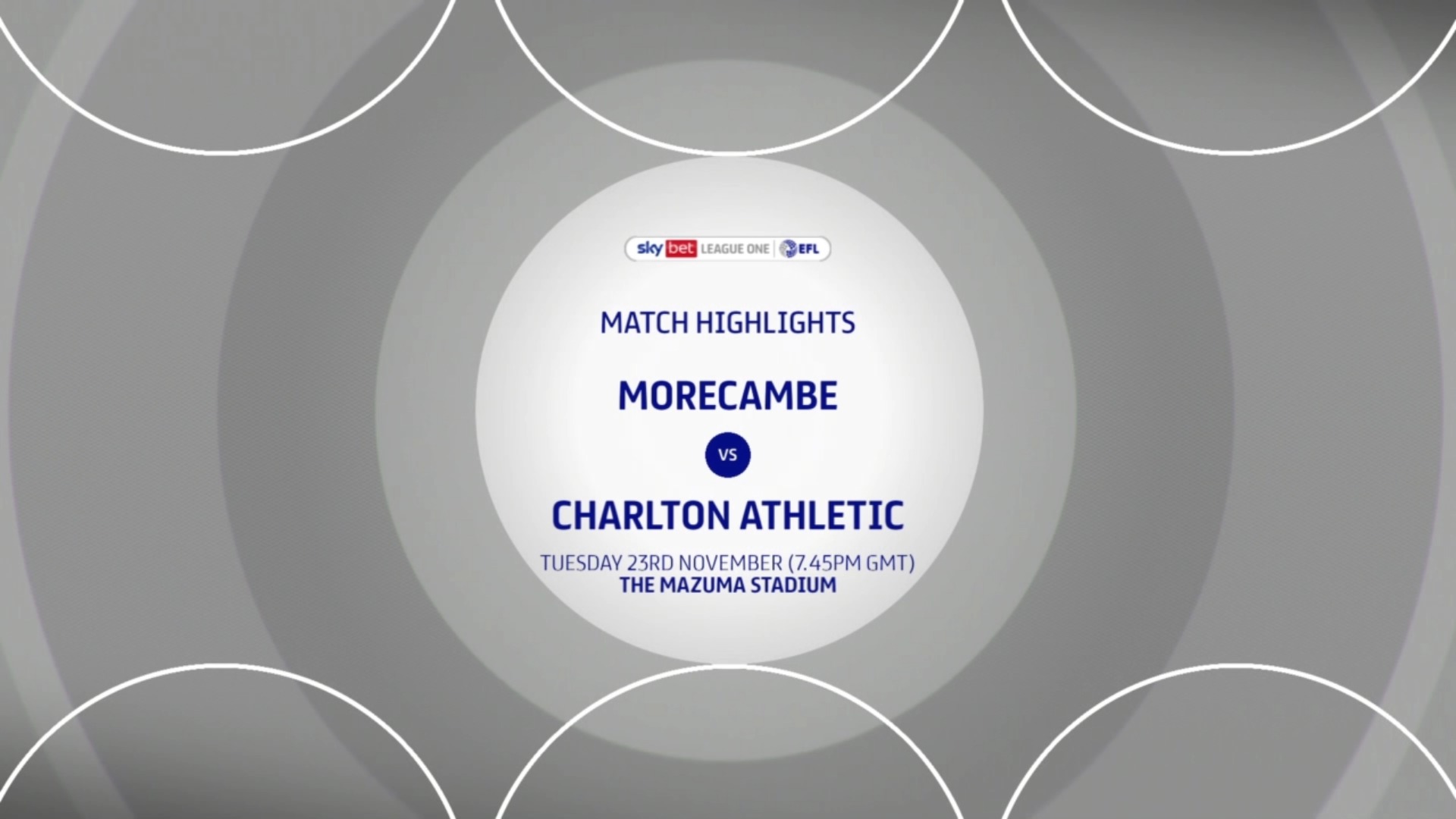 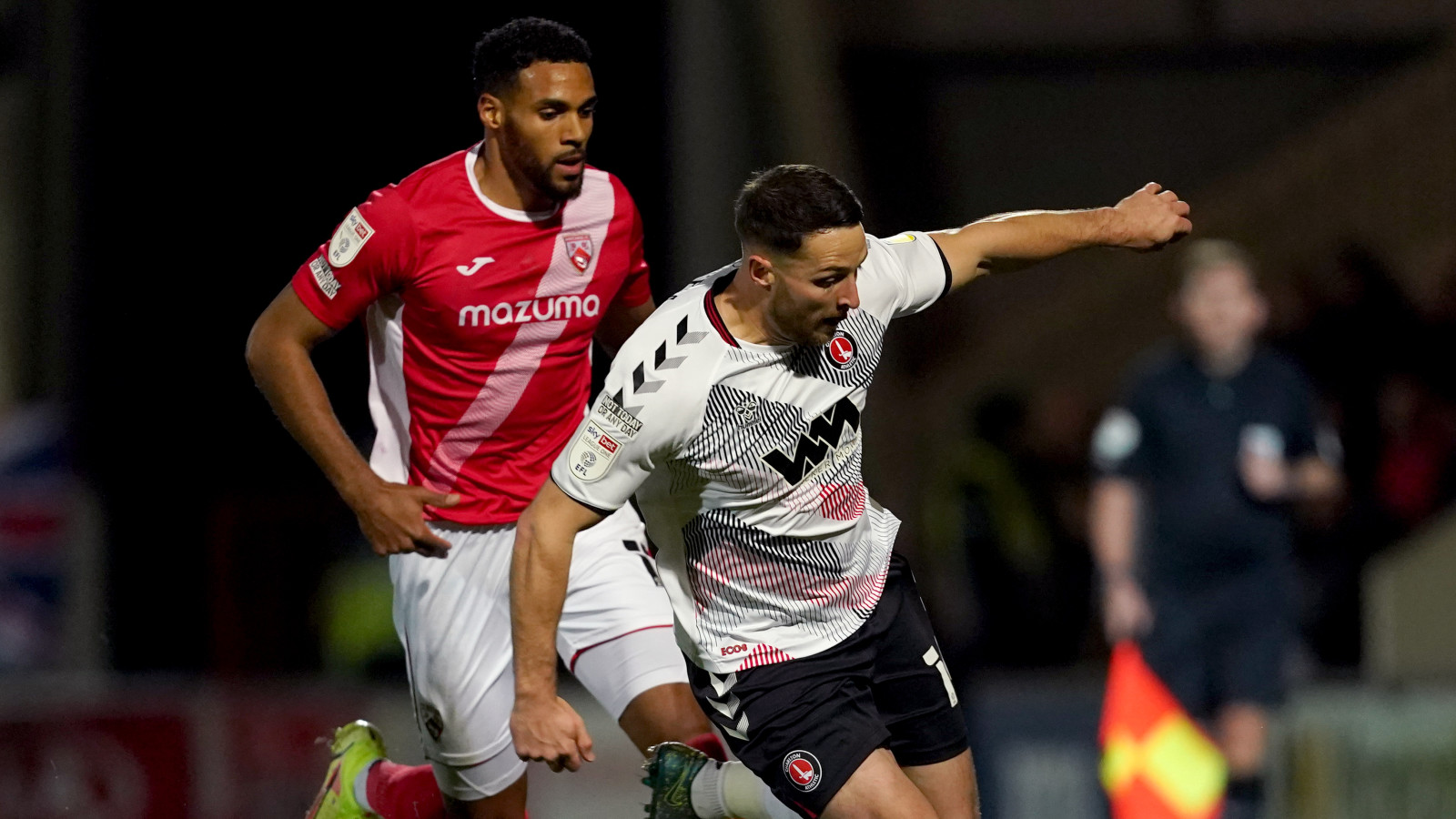