The Shrimps are back on the road as they travel to the Jonny Rocks Stadium on Tuesday to take on Cheltenham Town in Sky Bet League One.

Stephen Robinson’s men will look to return to winning ways after suffering a 3-2 defeat at Burton Albion on Friday night. Liam Gibson opened the scoring for the Shrimps in the third minute, however the hosts struck back and were 3-1 up inside 15 minutes. Cole Stockton reduced the deficit in added time with a consolation goal.

The two sides have met 24 times previously with the Shrimps winning seven of those encounters. Morecambe did the double over the eventual champions last season in League Two, winning 2-1 at the Jonny-Rocks Rocks Stadium before claiming a 1-0 win in the reverse fixture.

The Robins ended their three game winless run at the weekend with a 1-0 victory over Accrington Stanley. Michael Duff’s side sit in the bottom half of the table and are just one point better off than the Shrimps. They’ve collected 10 points on home turf this season with three out of their four victories recorded at the Jonny-Rocks Rocks Stadium.

As a player, Duff made over 600 appearances, spending the bulk of his career at Cheltenham Town and Burnley respectively. The defender was also capped 24 times for his country Northern Ireland. The 43-year-old took charge at Cheltenham in 2018 after spending two years managing the Burnley reserves. Last season, he guided the club to promotion, eventually being crowned champions of Sky Bet League Two.

The Cheltenham Town boss was complimentary of the Shrimps in his pre-match press conference.

"Morecambe are a really good team, they surprised everyone last year but they've built on that," he said.

"I think only Ipswich have scored more goals than them, we know we're going to be right up against it."

The Robins have plenty of experience in their ranks with the likes of goalkeeper Scott Flinders, right-back Matty Blair and left-back Chris Hussey.

Striker Alfie May plied his trade in non-league before making the move to Doncaster Rovers in 2017. He joined the Robins in January 2020 for an undisclosed fee. The 28-year-old is Town’s leading goalscorer this season with four goals so far.

Versatile youngster Ellis Chapman joined the Robins in October 2020 from Lincoln City where he came through the youth setup. Danny Cowley handed the midfielder his debut off the bench at the age of 16 in an EFL Trophy group stage match against Everton U23s. The 20-year-old has started 10 games this season.

Morecambe manager Stephen Robinson has said he needs to find a “slight tweak” in what his side do as they look to claim maximum points on the road.

“I talk about blocks all the time and this one hasn’t gone as well as we would have wanted so far, but we needed to win two games at the start of it and we still need two games, nothing has changed,” Robinson said.

“It is up to me to find a slight tweak in what we do without coming away from what has been very good, the way we play and our principals but possibly change certain personnel and shape to give us a bit more of a defensive nous in there.

Merseyside-born Benjamin Speedie will be the man in the middle on Tuesday night. His assistants Kevin Howick and Alex James will run the line, while Adam Ricketts is the fourth official.

Speedie has taken charge of 12 games so far this season- four League One games, four in League Two and two in the Carabao Cup and Papa John’s Trophy. He has handed out 34 yellow cards and one red.

The last time he took charge of the Shrimps was in the FA Cup second round last season when they beat National League side Solihull Moors 4-2 after extra time.

Captain Liam Sercombe opened the scoring for the hosts as his volley rippled the back of the net after 26 minutes.

An in-direct free-kick from Adam Phillips saw Stephen Robinson’s side hit back before the break, but two goals in three minutes from Joseph took hold of the game in Gloucester.

The first chance of the game fell to the visitors as a whipped cross from Greg Leigh was inches away from being touched home by the advancing Jonah Ayunga at the back post.

That early chance for the away side sprung the Robins into life and on the sixth minute they came close to adding their first goal of the game.

A flick on from Mattie Pollock found Kyle Vassell in the box and the former Blackpool man got his shot off, but only to be denied by Ryan Delaney on the line, who did superbly well to get back.

Minutes later, the home side were in again.

A lovely through ball from Dan Crowley found striker Kyle Joseph on the run, with the on-loan Swansea man through on goal it would take a big save from Jokull Andresson to deny him on this wet and windy night in Gloucestershire.

On the 26th minute, the home side took the lead.

A long throw into the box was flicked on by Pollock which found captain Sercombe, who lashed his effort past Andresson in the Shrimps goal.

Six minutes before the break, the Shrimps hit back.

After referee Benjamin Speedie punished goalkeeper Finders who had picked up an intentional back-pass, the visitors were handed a free-kick in the penalty area.

Greg Leigh in-turn rolled the ball to Phillips who delicately whipped his effort into the bottom-left corner of Finders’ goal.

Robinson’s side had one more chance before the half-time whistle when a ball from Shane McLoughlin from the right was headed onto a post by the advancing Leigh.

Four minutes after the break, Robinson’s side did have the ball in the back of the net again, but Stockton’s 13th goal of the season was chalked off due to striker being in an offside position.

On the 65th minute, the home side retook the lead though Joseph.

A drilled ball into the box by Matty Blair was inch-perfect for the sticker who took his chance first-time giving Andresson absolutely no chance in the Shrimps goal.

Three minutes late, the Robins strengthen their grip on the game as Joseph chipped in with his second in the game.

A stunning effort from the former Wigan man saw his effort cannon off a post before ending up in the back of the Morecambe goal.

With five minutes of the game remaining, Andresson made a fantastic save to keep this game at 3-1.

Sercombe who was looking for his second of the game whipped a terrific effort, which looked destined for the top-right corner of the Iceland U21s goal, but out came his left hand to make a vital save.

Tickets are now on sale for our Sky Bet League One game against Cheltenham Town FC.

Tickets are available in the Hazlewoods Stand.

On the day prices 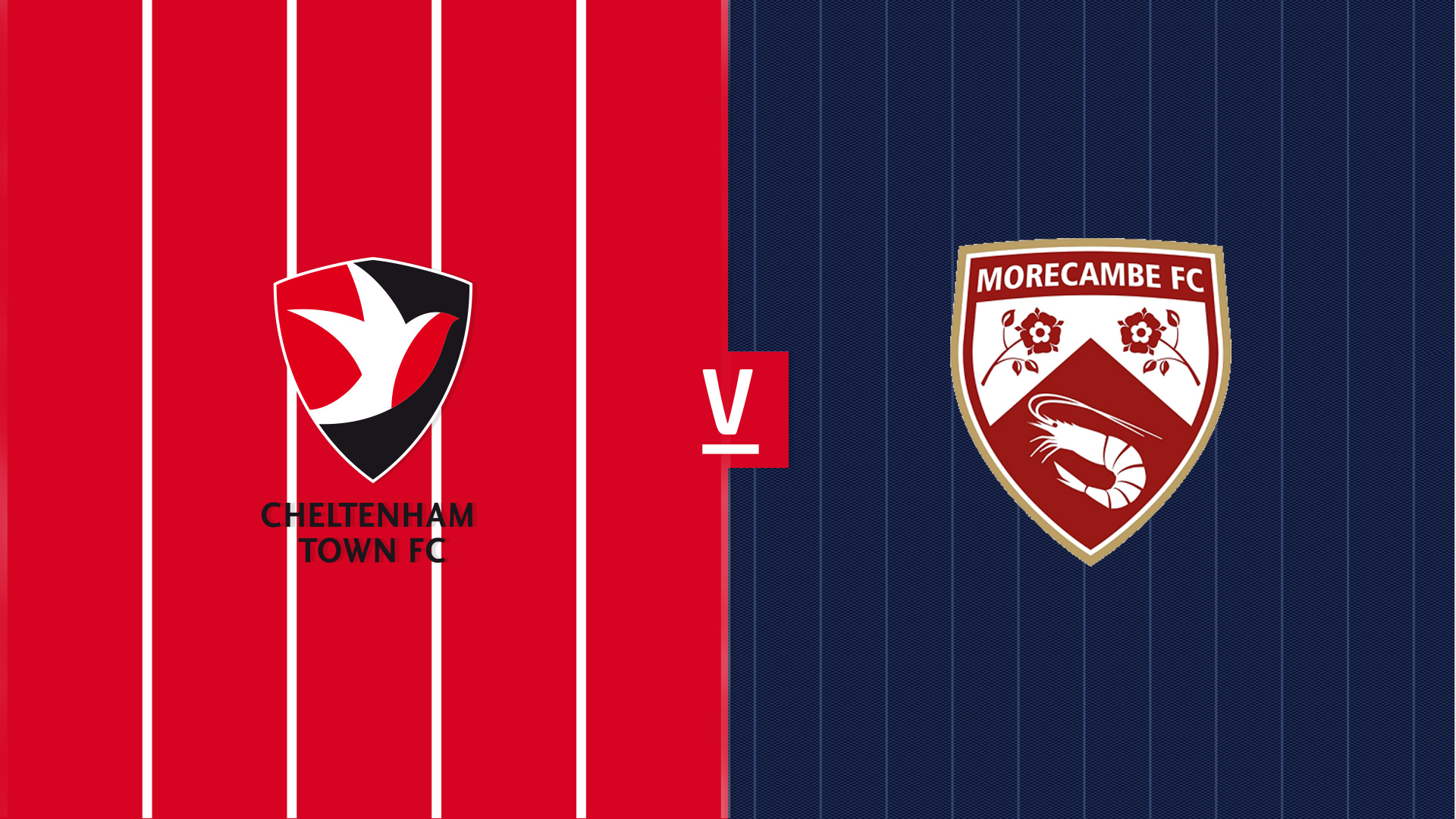 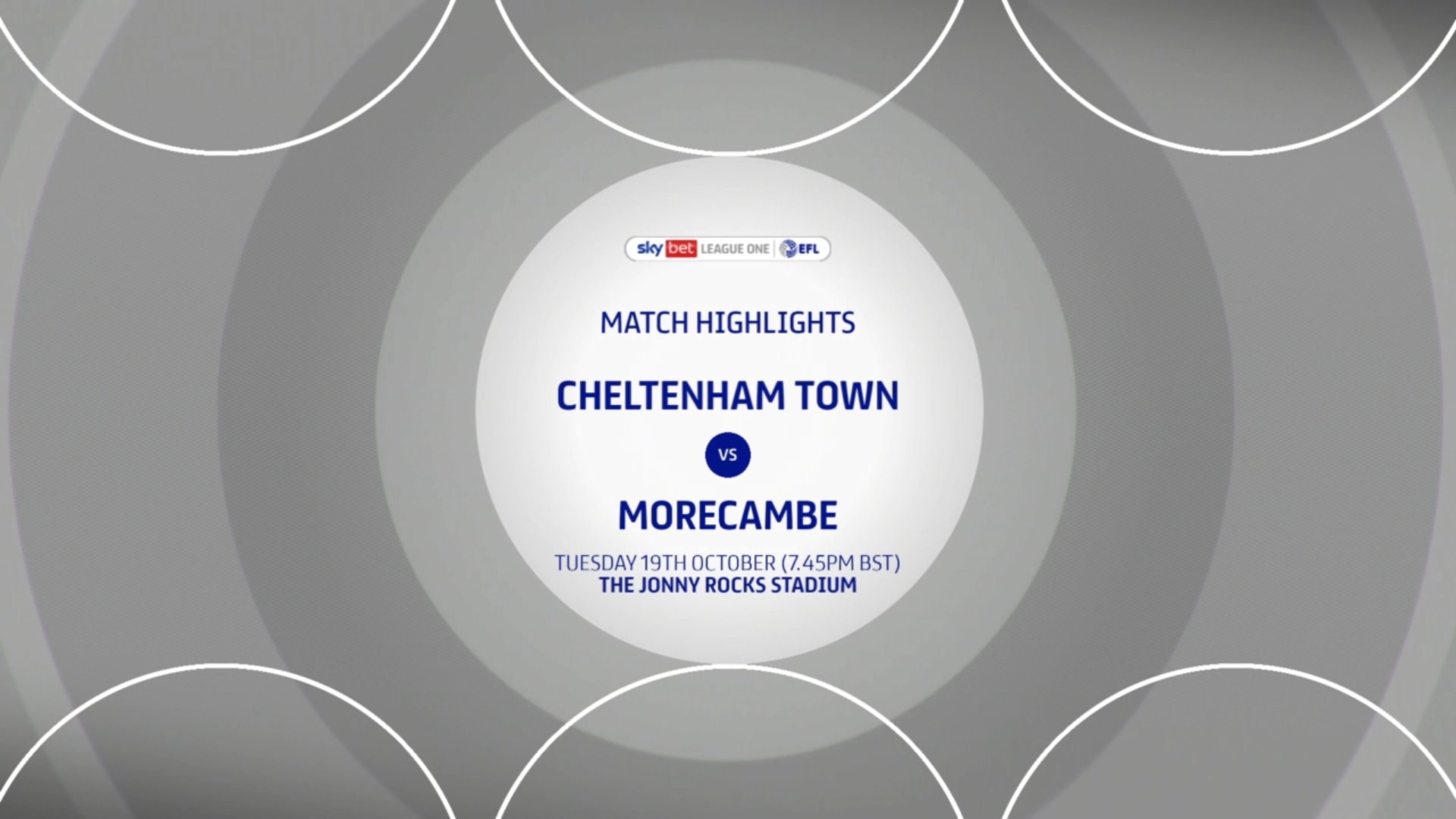 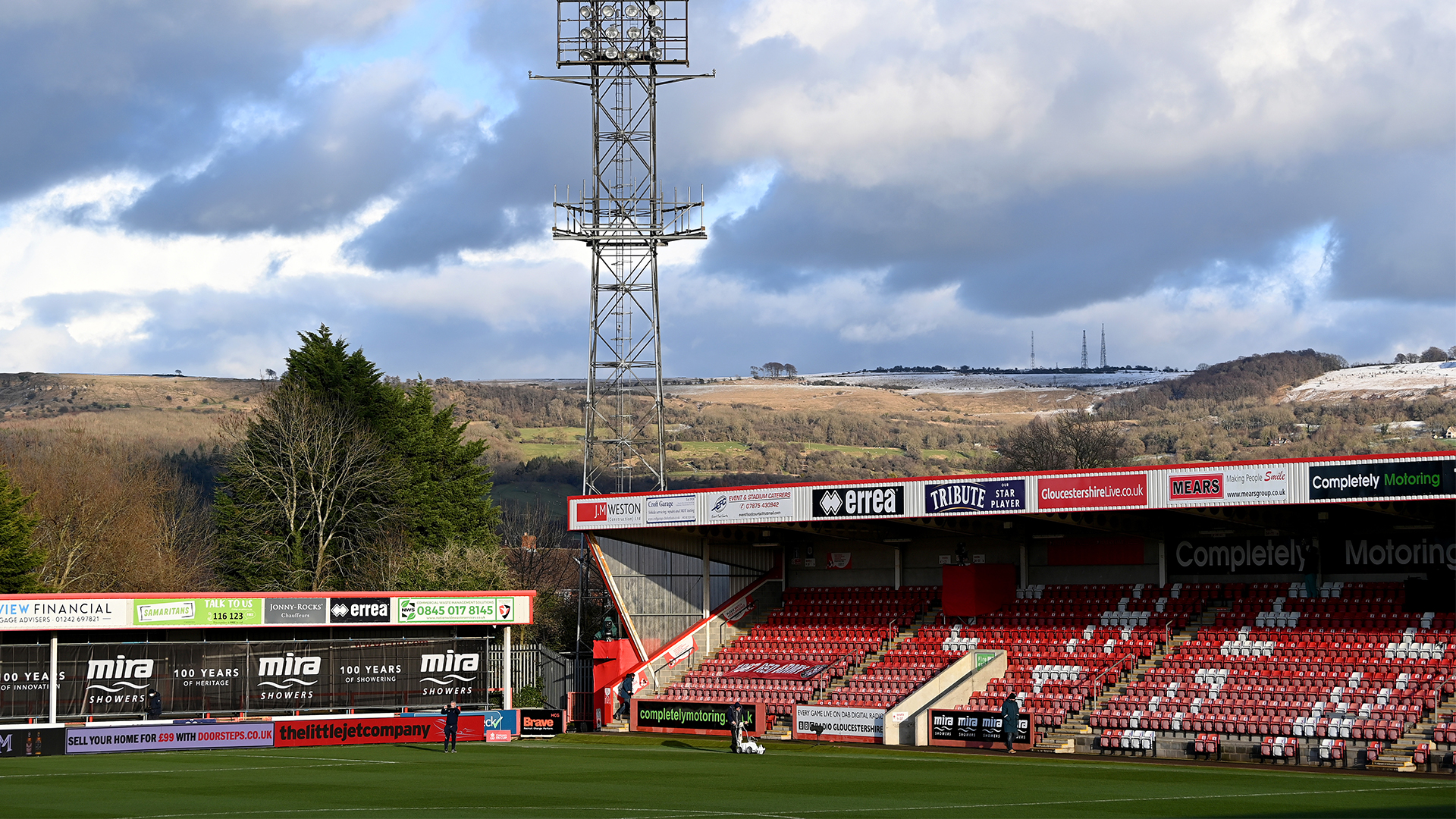