The Shrimps host the Imps in Sky Bet League One on Tuesday 28 September at the Mazuma Stadium.

After a fiercely fought Lancashire derby at the weekend, where Stephen Robinson’s side battled on with 10 men for 60 minutes, the Shrimps earned a deserved point and another source of confidence heading into Tuesday night’s fixture. The Imps overcame Burton Albion by two goals to one last time out, thanks to goals from Anthony Scully and Lewis Fiorini.

Out of the 14 league/cup meetings between the two, the Shrimps have only won two, with both victories coming in the 2009/10 season and both scorelines being 3-1 to Morecambe. City have won seven and drawn five with most meetings coming in League Two, with the exception of an FA Cup clash and a LDV Vans Trophy match respectively.

Michael Appleton’s side enjoyed a successful 2020/21 campaign which culminated in narrowly missing out on promotion to the Championship in the Sky Bet League One Play-Off Final against Blackpool.

This season, the Imps have been unable to replicate last season’s form and have only tasted victory in League One on three occasions, at home to Fleetwood Town, away at newly promoted Cambridge United and at Burton Albion. Appleton’s team currently find themselves in 17th place ahead of the fixture.

As a player, Appleton enjoyed a brief spell at the LNER Stadium, before going on to represent the likes of Preston North End and West Brom. The 45-year-old started his managerial career in charge at the Baggies, before going on to manage the likes of Blackpool and Oxford United before arriving at City in September 2019. Having taken charge of 101 matches, the Salford-born man has won 46, drawn 19 and lost 36. Under his tenure, the Imps have scored 170 goals, conceded 132 and earned 157 points, averaging out at 1.55 points-per-match.

Tuesday’s opponents picked up their third win of the season on Saturday, and Appleton is hoping his side can put in a similar performance against a tricky Morecambe side.

“Morecambe have made a great start, they have the momentum behind them,” Appleton said.

“They’re well organised and have a striker who is scoring for fun.

“We need to be mindful of that and have the same resolute attitude like we had on Saturday."

Winger Anthony Scully has started the 2021/22 campaign strongly, scoring 10 goals and providing three assists in all competitions. A proven goal scorer, the 22-year-old played a key part of the Imps’ success last season, making 53 appearances, netting 16 times and providing nine assists. The London-born man also has international experience under his belt, having played for the Republic of Ireland U18s, U19s and U21s.

Summer signing Teddy Bishop arrived at the LNER Stadium in July after seven years as a professional at Ipswich Town. The 25-year-old, who progressed through the ranks at Portman Road, went on to make 132 appearances for the Tractor Boys, scoring five goals from the centre of midfield. Bishop has started his City career well, making 10 appearances, scoring one goal and providing three assists.

Another exciting arrival, Lewis Fiorini, joined the club in the summer on a season-long loan from Premier League champions Manchester City. The 19-year-old has previous loan experience and spent the 2020/21 campaign on-loan at Dutch side NAC Breda, scoring six goals and providing five assists in 36 appearances, helping them to a fifth-place finish in Eerste Divisie. The Manchester-born man has also represented Scotland internationally at youth level, making a total of nine appearances for the U16s, U17s, U19s and U21s, scoring five times.

Ahead of the clash, Robinson has reiterated the message that there is no easy game in League One and is hoping his side will benefit from three points against the Imps.

“We are right beside each other in the table and they will be thinking the same, Lincoln are a very good side.

“They started slowly but have started to get a few results under their belt, every game is a tough game in this division, it is a huge incentive to get a victory that would see us move up the table.

“This season has been a bit of a rollercoaster hasn’t it, but what desire we have, if I am a Morecambe fan and I see the desire these players play with, I’d be quietly content I think.”

The Lancashire-based official has taken charge of eight games so far this season, three in League One, two in League Two, one in the Carabao Cup and two in the Papa John’s Trophy. Out of those games, Toner has issued 18 yellow cards and one red card.

The referee took charge of the Shrimps on one occasion last season, our 1-0 victory at home to Oldham Athletic in the Carabao Cup.

Stockton found the net from 25-yards in the second half, which was followed up by Wootton who struck after profiting from an Alfie McCalmont free-kick.

It was somewhat of a first half without too many clear-cut chances.

The first real chance of the game came on the 18th minute after some good pressing work from Phillips saw him win the ball back in the Imps’ area, but his square ball to Arthur Gnahoua had too much on it and was cleared by the retreating defence.

The only chance of the first period for the visitors was a curling effort from 25-yards by Anthony Scully which sailed well over the crossbar.

Five minutes shy of the break, the Shrimps came close to opening the scoring, a lovely drilled ball across the box from Stockton was flicked just wide by Gnahoua.

The game quickly sprung into life in the second half, Dan N’Lundulu should have opened the scoring for the visitors, but a stunning one-on-one save by Kyle Letheren kept the score on level terms.

Moments later, up stepped that man Stockton to bring this game to life.

Upon receiving the ball with his back to goal, Stockton turned and unleashed a rasping effort, catching Josh Griffiths flat-footed and netting his effort from 25-yards out, a  sign of a man full of confidence.

On the 73rd minute, the hosts came close to adding a second - a corner from McCalmont found the head of Anthony O’Connor at the far post but as Toumani Diagouraga was about to head home, an Imps clearance saved the day.

As we approached the final 10 minutes of the game, it was put beyond doubt when centre-back Wootton notched his first goal of the season.

A free-kick from McCalmont found Wootton in the box, and there was the big man to fire home from close range.

From goalscoring to goal-saving, Wootton was there as firm as ever to deny a Teddy Bishop header on the line.

Substitute Callum Jones came close on two occasions, but the young midfielder could not find the back of the net with two of his efforts.

We are on the road in our next League One fixture as we travel to Wycombe Wanderers.

Tickets are now on sale for our Sky Bet League One fixture against Lincoln City. 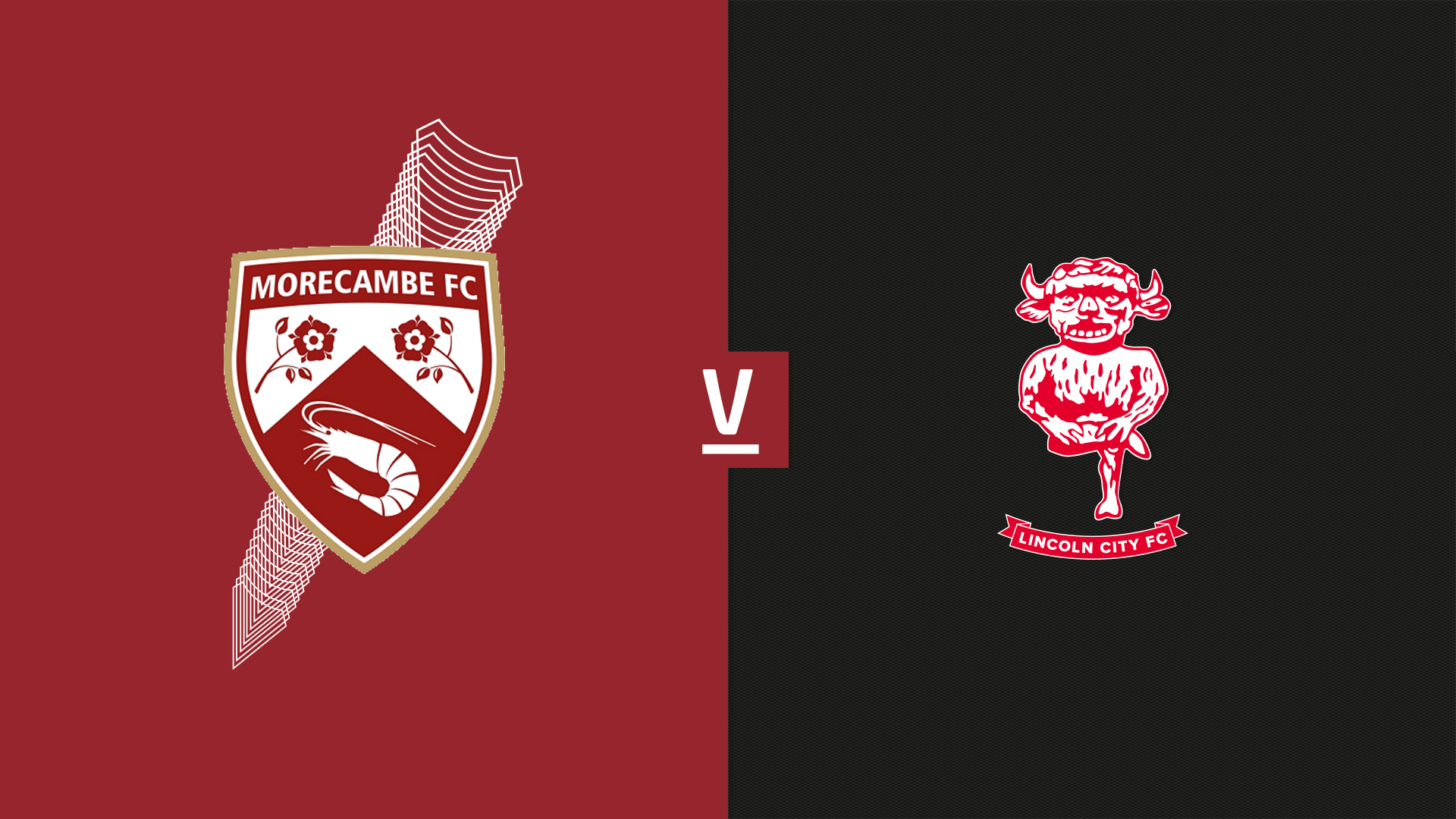 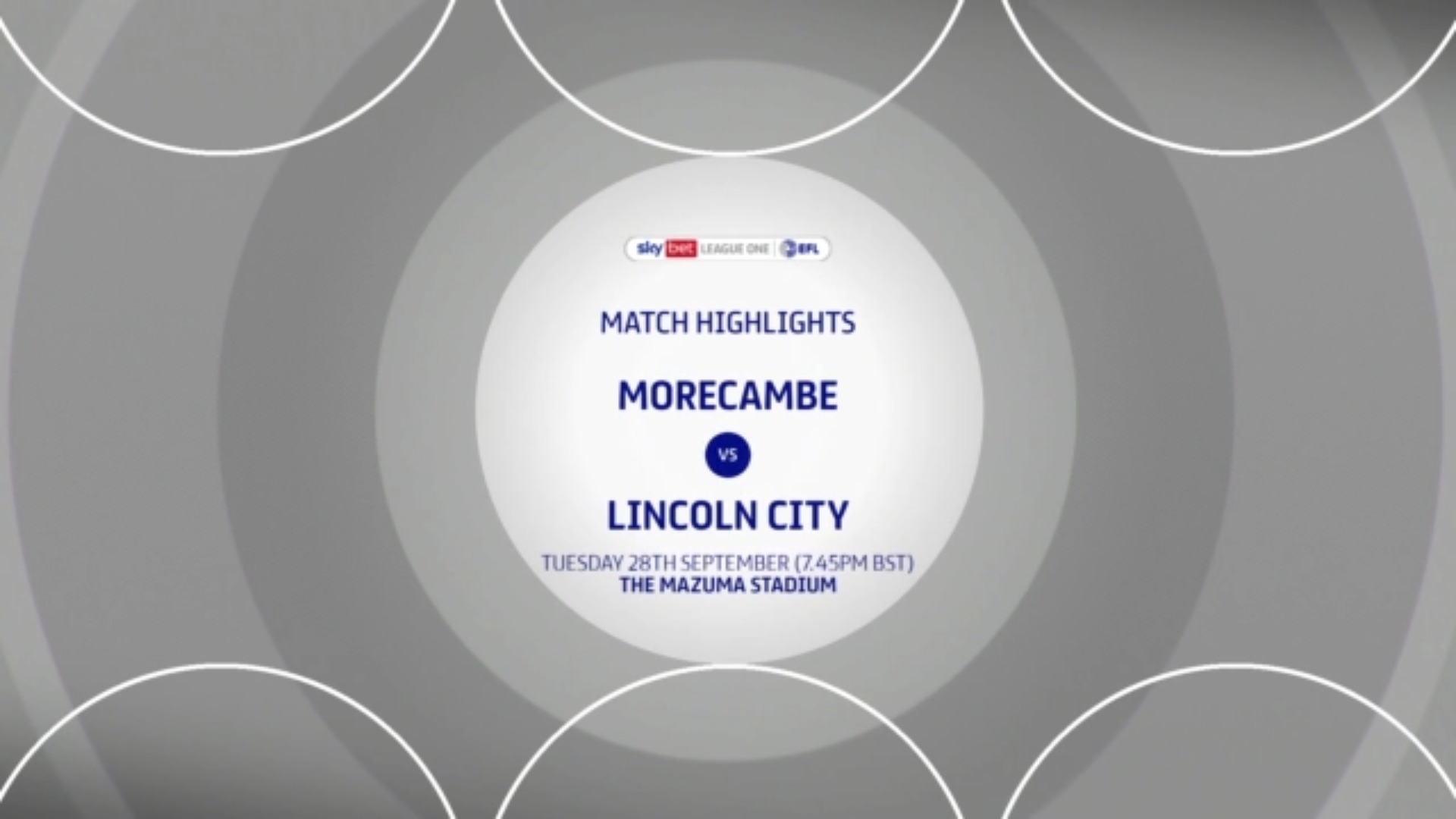 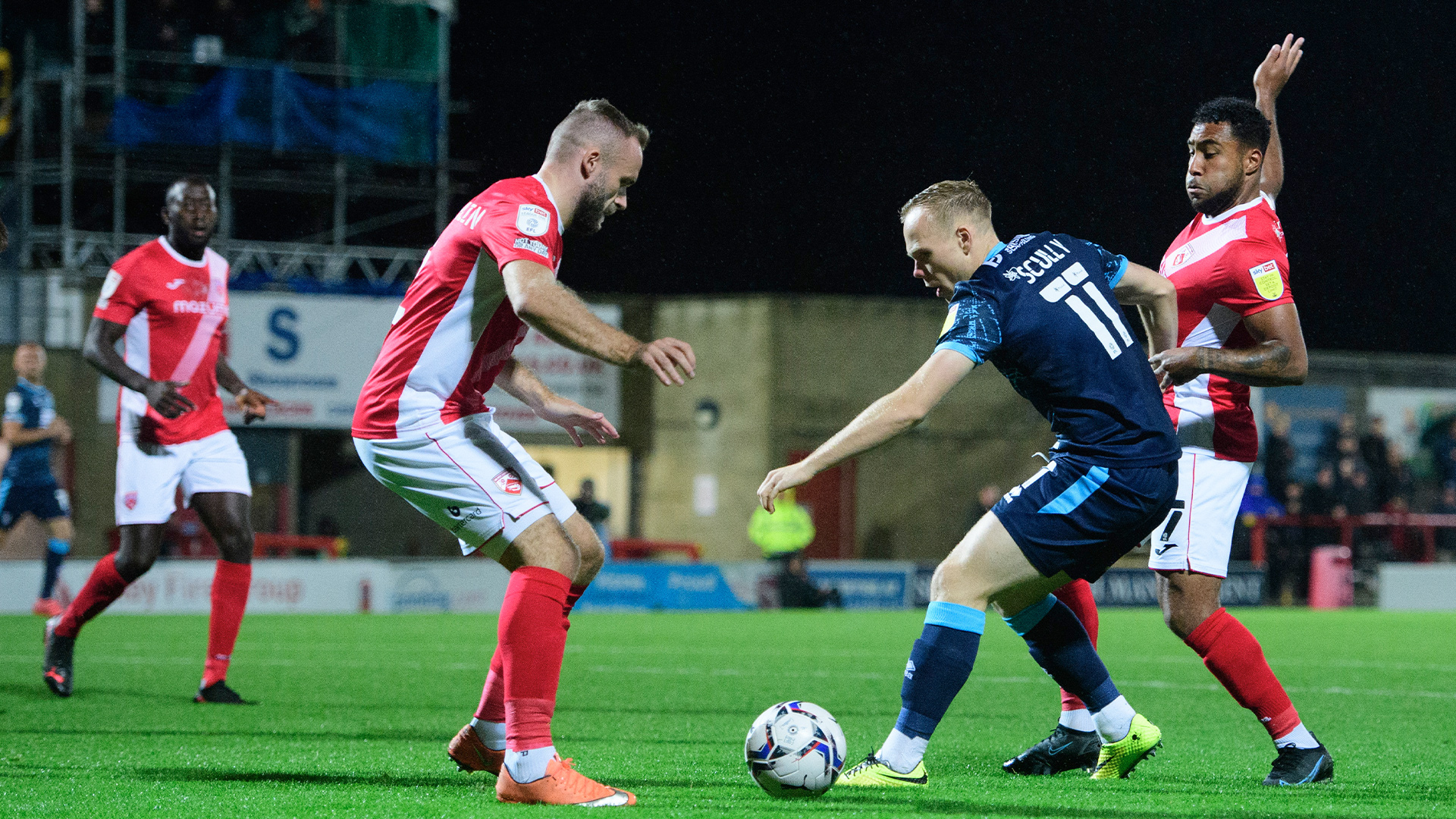