Morecambe travel to Bolton Wanderers on Tuesday 16 August in Sky Bet League One.

Saturday’s Lancashire derby saw the Shrimps held to a point at home to Fleetwood Town. Arthur Gnahoua’s sensational opener was cancelled out by Danny Andrew seven minutes from time.
In the four meetings between the two sides, Bolton Wanderers are unbeaten. The Trotters have won once against the Shrimps and the other three clashes ended in a 1-1 draw.
The Opposition
Ian Evatt’s men are unbeaten so far this campaign. On the opening day, they earned a point away from home against promotion favourites Ipswich Town before beating Wycombe Wanderers 3-0. Last Saturday, they came away from Port Vale with a point, despite being down to ten men for the best part of an hour.
The former Blackpool and Chesterfield defender hung up his boots in 2018 after a career spanning more than 20 years. The 40-year-old began his managerial career at Barrow where he won the National League, against all odds, at the first time of asking. The following season, Evatt made the switch to Bolton Wanderers where he guided the Trotters to League One. Last season, the club finished 9th with 73 points.
Key Players
Dapo Afolayan was named as the club’s Player of the Year last season after finishing the campaign top scorer with 14 goals. The 24-year-old, who can operate on the wing or up front, joined Bolton from West Ham United last summer after a successful loan spell.
Captain Ricardo Santos joined the club in August 2020 from Barnet. The defender came through the youth setup at Dagenham & Redbridge and went on to make over 60 appearances in League One for Peterborough United. Santos received a red card at the weekend against Port Vale, however Evatt, who was also sent off, said the club will file a report.
Midfielder Kyle Dempsey has started the season strongly with two goals so far. The 26-year-old arrived at the University of Bolton Stadium in January from Gillingham. He came through the youth setup at Carlisle United and has represented a number of clubs, including Huddersfield Town and Fleetwood Town.
Shrimps’ pre-match thoughts

Derek Adam’s says he understands what his team needs to do to get the better of Bolton.

“They’ve adapted over the summer, and we’ve added as well,” he said.

"We understand their philosophy and we understand what we’ve got to do to get the better of them.”

Meet the officials
Anthony Backhouse will be the man in the middle on Tuesday night. He will be assessed by linesmen Richard Woodward and Matthew Parry, as well as Fourth Official Scott Jackson.
The Cumbria-based official has taken charge of three games so far this season, dishing out 11 yellow cards and no reds in the process.
Backhouse last took charge of the Shrimps in last season's 2-1 away defeat against Lincoln City, when an impressive Toumani Diagouraga strike proved only to be a consolation on the night.

Conor Bradley’s strike late into the first-half was enough for Bolton Wanderers to claim all three points at the University of Bolton Stadium on Tuesday night.

It was Ian Evatt’s side who had the first real opening of the game, a corner from Aaron Morley was sent into the mixer and met on the head by Jon Dadi Bodvarsson, but the Icelandic forward headed wide from close range.

On the 31st minute the hosts were in again, a ball down the left found Declan John who whipped a lovely ball into the penalty area in the direction of Bradley, but the winger’s header lacked direction thankfully.

Four minutes later it was the turn of Whites captain Gethin Jones to have a pop at goal, he stole the ball off Arthur Gnahoua outside of the Morecambe box before setting himself up to shoot, however his left-footed effort was high and wide.

The pressure paid off on the 39th minute when a ball from the left managed to make its way through to Bradley, who turned his man before firing past Connor Ripley in the Shrimps goal.

Derek Adams’ side came inches away from levelling nine minutes after the restart, a stunning free-kick into the box by Ash Hunter was nodded wide by Ryan Delaney who was up from the back.

On the 76th minute, the home side came close to adding a second. A whipped delivery into the penalty area by Morley was parried to the edge of the box by Ripley, the ball was picked up by Kyle Dempsey who flashed his effort wide of the mark.

With eight minutes remaining Bolton thought they had the game wrapped up, another ball into the box this time by Dempsey was headed narrowly wide by substitute Amadou Bakayoko.

Hunter was the shining light in the Shrimps' arsenal on the night and it was another of his crosses that caused the Whites’ back-line trouble, this time he picked out Farrend Rawson who could only find the hands of James Trafford.

Tickets and coach travel for our Sky Bet League One visit to Bolton Wanderers on Tuesday 16 August, 7:45pm KO, are now on sale.

Supporters must note this will be an ‘all-ticket’ fixture for Morecambe FC and therefore, all match tickets are to be purchased in advance of the fixture date from Morecambe FC.

Disabled/Ambulant Supporters
We have 10 wheelchair bays and carer’s tickets available for this fixture. Wheelchair users and ambulant supporters will be expected to pay the relevant admission price and will receive a complimentary carer with their purchase. These tickets are not available online, they must be purchased instore or over the phone.

Match Day Sales
There will be no sales on the day for Morecambe FC Supporters. All ticket sales must be made in advance on the fixture from Morecambe FC.

Duplicate Ticket Requests
Anyone who doesn’t receive their tickets in time for the fixture, through the post, must contact tickets@morecambefc.com or call the Club Shop on 01524411797 (ext 3) in advance of Monday 15 August, 5pm. We must provide Bolton Wanderers with a final duplicate requests list, the day before the fixture to ensure any duplicate requests are available to collect on the day.

**All persons under the age of 18 must be accompanied by a responsible adult (over 18).

For match day car parking it will be £8 per car, payable on the day at Car Park A.

Fans must purchase tickets in advance of the fixture, as this is an ‘all-ticket’ fixture and there will be no sales on the day. No tickets will be available after 5pm, Monday 15 August. 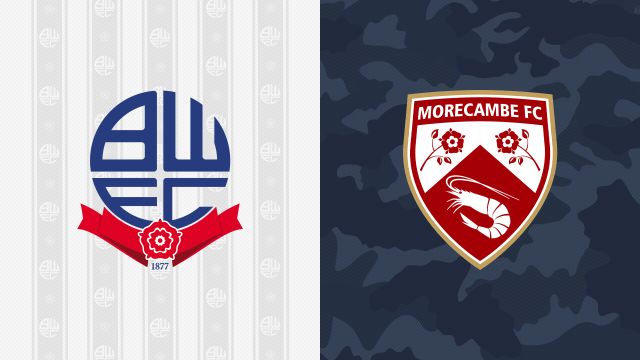 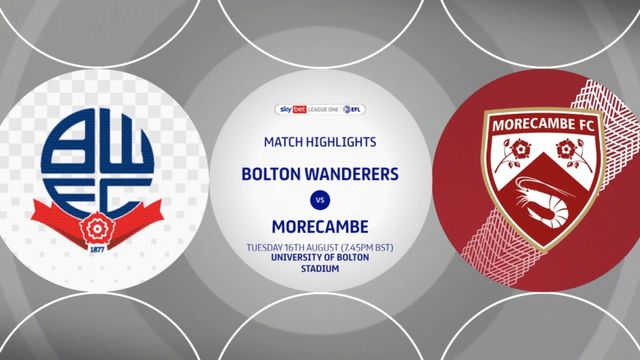 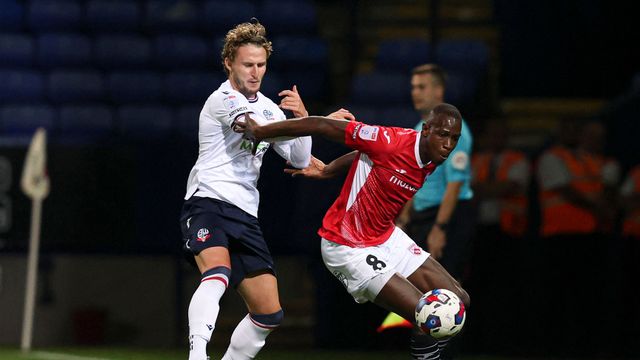