The Shrimps come up against Everton U21s in their first Papa John’s Trophy Northern Group A fixture of the campaign.

The two teams met at the same stage of the competition last season, with then manager David Unsworth guiding the young Toffees to a 1-0 win.

Sean McAllister’s 64th minute strike proved the difference between both sides on the night, in what was the first ever meeting between the clubs.

Paul Tait’s men have enjoyed a strong start to the season and are unbeaten in all four matches since the campaign began.

An opening day victory over Blackburn Rovers was followed by victory over Tottenham Hotspur, before a 2-2 draw with Manchester United. On their last outing, the young Toffees triumphed over West Ham United by two goals to one.

Tait’s side currently sit third in the Premier league 2 table, behind leaders Arsenal and Crystal Palace.

Striker Thomas Cannon has enjoyed a blistering start to the season, scoring four goals in three appearances and providing one assist. After an impressive 2021/22 campaign, which saw the Republic of Ireland Youth international finish top scorer with eight PL2 goals, the 19-year-old was rewarded this month with a new three-year deal, extended his Goodison Park stay from nine years to 12.

Stanley Mills finished last season as the second highest provider with four assists, behind Rhys Hughes (5) who joined Tranmere Rovers in the summer. As well as appearing in all but one of Everton’s 26 PL2 matches last season, he was named on the bench of the club’s 2022/23 PL opener against Chelsea. In addition to signing a new three-year contract this month, he was also called up to Everton’s first-team squad for their pre-season tour of the USA in July, and featured against Arsenal and Minnesota United, before playing in friendlies in England against Blackpool and Dynamo Kiev respectively.

Attacking midfielder Sean McAllister scored the all-important goal for the Toffees at the Mazuma Stadium last campaign. The  19-year-old has played in every game so far this campaign, scoring a 47th minute winner against Blackburn Rovers on the opening day. The versatile Northern Ireland Youth international has played in a number of positions so far throughout his career, including right-back, right-midfield, defensive midfield, central midfield, attacking midfield, left midfield and left wing.

Ahead of the match, Derek Adams has reiterated the point that his Shrimps will not take the travelling Toffees lightly.

“These games are never easy because they have some quality players, a number of these players will probably go out on loan after the game,” he said.

Washington-based Rebecca Welch will take charge of the fixture, and will be assisted by Ivan Stankovic and Billy Smallwood, with Richard Holmes completing the line up as Fourth Official.

The 38-year-old made history in April 2021 when she became the first female referee to officiate an EFL fixture. Furthermore, Welch also became the first woman to referee a men’s FA Cup Third Round tie, as Birmingham hosted Plymouth Argyle in January this year.

Lead commentator Jonny Crowther will be joined by the Club's Media and Content Coordinator, Matt Smith.

The Shrimps walked away with an extra bonus points as they saw off Everton U21s in a 7-6 penalty shootout win at the Mazum Stadium.

Goals from Jensen Weir and Caleb Watts either side of a Sean McAllister strike saw the home side take the lead in with them at the break.

It finished level after 90 minutes after Isaac Price and Tom Cannon gave the away side the lead just before the hour mark, but Farrend Rawson popped up with a late header to make sure the tie would be end in the lottery of a penalty shootout.

After a succession of Everton U21s corners in the opening minutes of the game, the hosts started to turn the screw after the 15th minute mark.

A ball in from the right by Ryan Cooney found striker Kieran Phillips on the run, he got there before the defender but could not direct his headed into the back of the net on that occasion.

Two minutes late the Shrimps had the lead, a lazy back-pass from Joe Anderson was picked off by Weir, he advanced before pulling the trigger just outside the box, his shot had too much power on it for goalkeeper Billy Crellin to keep out.

Phillips again broke the young Toffees back-line with a turn of high quality, however his effort which looked destined for the bottom-corner was kept out by the feet of Crellin.

Just after the half-an-hour mark the away side levelled the game, a ball down the left by Tom Cannon somehow found its way to the back stick where McAllister was waiting to apply the finishing touch.

They were not on level terms for long however as Derek Adams’ regained the lead on the 34th minute. A corner from Jake Taylor found Watts at the near-post with the Southampton loanee heading in from close range.

Three minutes after the restart, the away side were level again. A cross from the right by Cannon was headed in by Price who managed to lose his man as the cross came into the box.

On the 57th minute the Young toffees took the lead, See Quirk nicked the ball off the feet of substitute Farrend Rawson, the tackle set Cannon on his way who fired into the bottom left-corner of Adam Smith’s goal.

Adam Mayor came off the bench for the Shrimps and almost made the difference, he was set away down the left, the midfielder got a lovely left-footed effort away which forced Crellin into a smart low save down to his left.

With six minutes of normal time remaining the Shrimps levelled. A short corner from Watts found Donald Love who played a lovely floated ball into the area which was met on the head by Rawson who powered his effort home.

Tickets for our Papa John's Trophy home fixture against Everton U21s on Tuesday 30 August, 7:00pm KO, are now on sale. 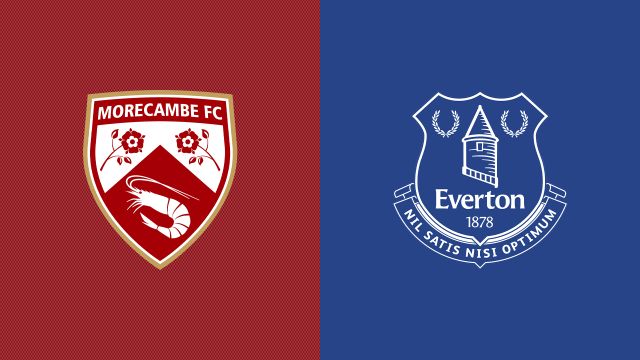 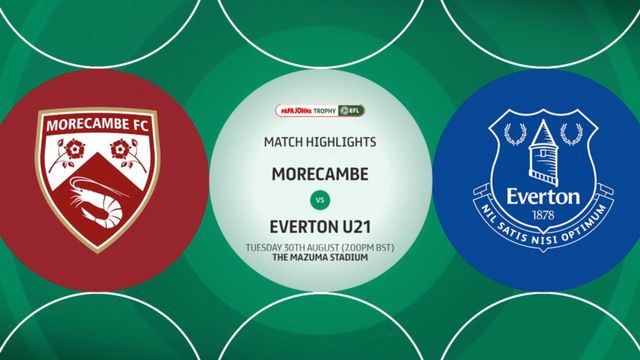 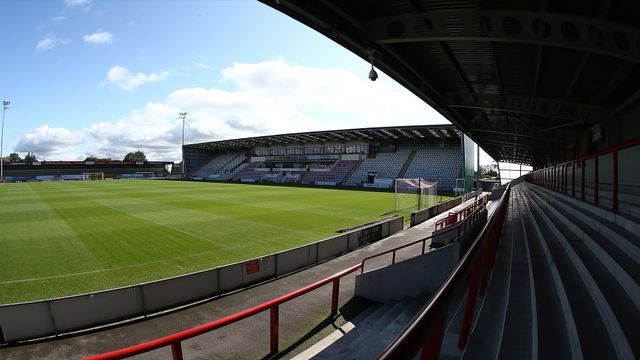