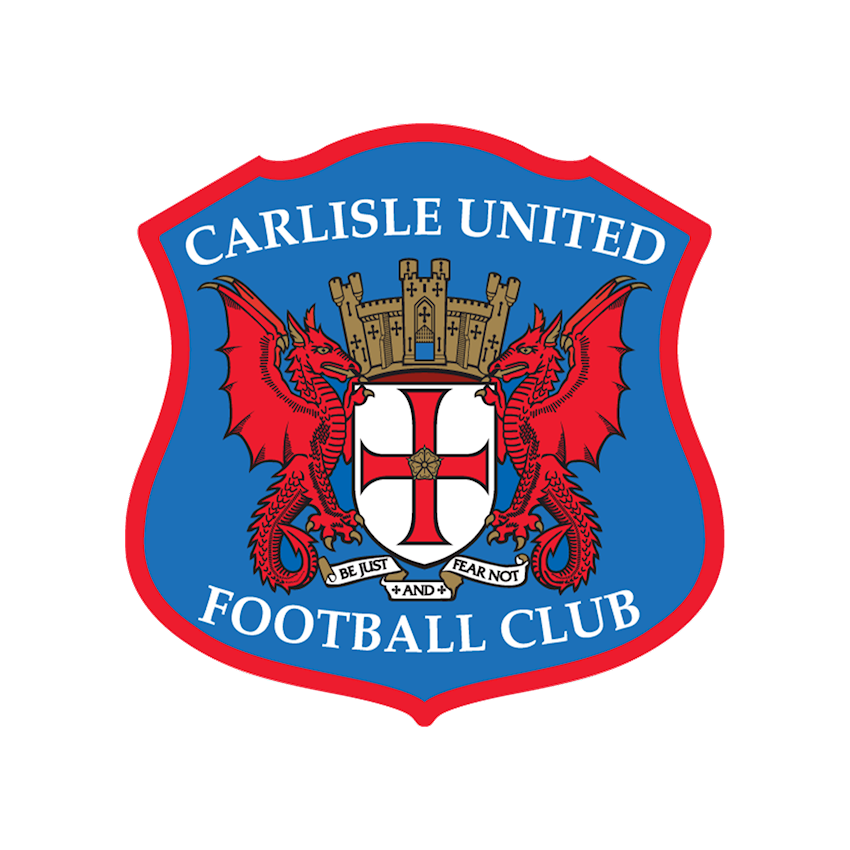 The first half chance fell to the visitors in the sixth minute, as the ball broke to Owen Moxon 20 yards out, but his right footed curling effort was off target.

In the 11th minute, a Carlisle corner on the right by Moxon saw Ripley gather well under pressure from a goal bound Jon Mellish header.

The Shrimps grew steadily into the game and were almost rewarded with the opening goal of the afternoon on 16 minutes. Liam Gibson’s delicious ball over the top was collected by Ash Hunter, but his effort from 20 yards was repelled by the on-rushing Tomas Holy in the Carlisle goal.

Ryan Edmondson headed a Moxon free kick well wide on 22 minutes, before Gibson blocked a Moxon piledriver from the edge of the box five minutes later.

Three minutes before the half time whistle the Shrimps withstood more pressure following a corner that wasn’t cleared. The ball eventually falling to Jordan Gibson who shot just wide of the far post.

Derek Adams’ men withstood plenty of visiting pressure as the half wore on, while at times playing some pleasing passing football of their own, but struggled to carve out any clear-cut opportunities until in the last minute of the half.

Jake Taylor threaded a great ball through to Hunter, who took it round Holy but from a tight angle couldn’t pull the ball back to a red shirt and the chance went begging, to complete an even first half.

It was Paul Simpson’s men who had the better of the opening exchanges after the break. On 51 minutes Armer crossed from wide on the left but at the back post Kristian Dennis’s header back across goal couldn’t be forced home by substitute Toby Sho-Silva.

Two minutes later Dennis was in action once more, seeing his shot charged down and behind for a corner.

Just on the hour mark, Fane was adjudged to have committed a foul on the edge of the Morecambe penalty area, but the resulting free kick was smothered by the Shrimps’ wall.

The Shrimps were struggling to make much of an impression in the final third and were almost punished midway through the second period from a Moxon corner on the right that was headed narrowly wide by Sho-Silva at the far post.

Another Moxon corner from the right was volleyed over the bar by Ben Barclay shortly after as the visitors continued to press.

The Shrimps’ attacking intentions finally began to spark into life on 72 minutes. Ash Hunter won a free kick 25 yards out. That was partially cleared but the rebound fell back into the attacker’s path and he sent a screamer just over the angle from the edge of the area.

Six minutes later it was the Cumbrian’s turn to create another chance. Moxon again pulling the strings in the middle of the park to send substitute Omari Patrick through, but his drive was met with strong palms by Ripley, who turned it behind for a corner.

With nine minutes to go, Ash Hunter whipped in an inviting free kick from the left-hand side was stabbed just wide by Farrend Rawson at the back post when the defender looked destined to score.

Shortly after Shrimps’ sub Dylan Connolly was nudged into the advertising hoardings by Jon Mellish, resulting in both players receiving a caution following a scuffle.

Neither side could fashion an opportunity in the closing moments of the game, as the match finished goalless.

Morecambe FC is pleased to announce ticket details for our home pre-season friendly against Carlisle United at the Mazuma Stadium on Saturday 23 July 2022, 3pm KO.