The Shrimps are back on the road on Saturday, as they travel to the LNER Stadium to face Lincoln City in Sky Bet League One.

Morecambe made it three league games unbeaten last weekend after a 1-1 draw against Portsmouth. Liam Shaw opened the scoring with his first goal for the Shrimps on 36 minutes before Colby Bishop equalised for Pompey in the second half.

Lincoln currently sit 13th in League One after 17 games. The Imps have picked up five wins, eight draws and four defeats so far this season.

City have had a lot of success since they were promoted back to the EFL in 2017. The Imps won the Papa Johns Trophy in 2018, beating Shrewsbury 1-0 in the final and were promoted to League One as League Two champions in 2019. They were then League One Play-Off Finalists in 2021, but were denied promotion to the Championship when they were beaten 2-1 by Blackpool in the cruntch match at Wembley.

The Imps are managed by Mark Kennedy who played as a left back and a winger for Millwall, Liverpool, Manchester City, Wolves and Ipswich over a 20-year career. Kennedy’s first managerial role was at Macclesfield Town in 2020. After leaving Macclesfield, the 46-year-old spent time coaching in Ipswich's Academy as well as a spell as assistant manager at Birmingham City until May. Kennedy was then handed a four-year contract by Lincoln in the summer.

Winger Jack Diamond is on loan at the LNER Stadium from Sunderland. Diamond has been one of the Lincoln’s most prolific players in front of goal this season with five goals and one assist in 11 games. The 22-year-old spent last season on loan at Harrogate Town but made the step up to League One after scoring 14 goals in 45 appearances for the Yorkshire side.

Like Diamond, striker Ben House has five goals and one assist for Lincoln so far this season. House earned him self a move to Lincoln after an impressive spell with Eastleigh in the National League. House was awarded National League Player of the Month in October 2020 when he netted five goals in five games and joined Lincoln for an undisclosed fee in January.

Midfielder Matty Virtue is currently on loan at Lincoln from Championship side Blackpool. Virtue began his career at Liverpool and captained their under-23 side in October 2018 before joining Blackpool in January 2019. After scoring seven goals in 59 appearances for the Seasiders, the 25-year-old signed on loan for Lincoln at the start of September and has scored two goals and picked up an assist so far this season.

Derek Adams wants his side to continue playing on the front foot like they did against Portsmouth last weekend.

“We play on the front foot to try and get an advantage in games,” he said.

“We can defend well and we can go forward. We’ve got players coming into the team that enable us to have that extra dimension going forward.”

Donald Love is back fit and ready for selection again after a strong performance last weekend against Portsmouth.

Max Melbourne also returned to the bench last weekend, however Adams said there is some illness in the squad. Dylan Connolly is suspended after picking up his fifth booking of the season last time out.

Martin Coy will referee the game on Saturday and will be assisted by Billy Smallwood and Alex Gray.

Coy has taken charge of six games so far this season across the EFL and in the FA Cup including two in League One and Two respectively and one in Papa Johns Trophy and FA Cup.

The official last took charge of the Shrimps in a 3-2 defeat away at Burton Albion in October last season.

Supporters will be able to pay on the day at the LNER Stadium.

If you're not travelling to the match, match passes to watch the game live can be purchased via iFollow Shrimps.

Morecambe fell to a 2-1 defeat to Lincoln City on Saturday afternoon.

Goals from Max Sanders and Ben House were the difference on the afternoon, with Jensen Weir grabbing a late consolation for the Shrimps to give them some hope late on, but it wasn't to be.

Morecambe had the best early chance on nine minutes, as some good counter-attacking play saw Kieran Phillips through on goal, but from a tight angle, his shot went wide of the far post.

At the other end moments later, Jensen Weir lost possession in a dangerous area, allowing Paudie O'Connor the chance to shoot from distance. His strike was deflected on it's way to goal, with Connor Ripley there to tip over the effort with a smart save.

The hosts were having plenty of the ball in the early stages and took the lead on 19 minutes. A free-kick was awarded following a coming together on the edge of the box, with Max Sanders' effort taking a cruel deflection on it's way to goal before nestling into the bottom corner, giving Connor Ripley no chance.

The Shrimps were looking dangerous going forward, with Jake Taylor returning from injury proving a nuisance. The woodwork saved Lincoln on the half hour mark, as an impressive corner routine saw Jensen Weir play the ball short to Caleb Watts. He got past his man and played low ball into the the danger area, with Kieran Phillips hitting it first time, only for it to smack the post and bounce clear.

In a half where Morecambe looked the better of the two sides going forward, they could count themselves unfortunate to go into the half-time break a goal behind.

Derek Adams made one change at half-time, with Cole Stockton coming on to replace Caleb Watts.

It was Morecambe who had a good opportunity on goal in the opening five minutes of the second half, as Kieran Phillips directed a header towards goal following a cross from Adam Mayor, but the header was well held.

Despite Morecambe looking really threatening in the opening stages of the second half and putting Lincoln under some serious pressure, it was the hosts who doubled their lead. A shot was well-saved and beaten away by Connor Ripley, only for the ball to fall into the path of Ben House, who was able to strike the ball into an empty net.

Cole Stockton thought he'd found that elusive first goal of the season moments later, as he picked up the ball from around 40 yards out following a mix-up by Lincoln. Spotting the goalkeeper off his line, Stockton went for goal, with his effort smacking the post and bouncing clear.

Morecambe halved the defecit with a deserved goal ten minutes from time. A clearance outside of the penalty area fell to Jensen Weir on the edge of the box, who controlled the ball and fired a shot past everyone and into the far corner to give the Shrimps some hope late on.

With the Shrimps pushing for that crucial equalsier, Lincoln had their backs against the wall, but the hosts hung on and took all three points.

Tickets for Morecambe's trip to Lincoln City in Sky Bet League One on Saturday 19 November are now on general sale.

Prices for the fixture at the LNER Stadium are listed below:
*Please note, all children under the age of 14 must be accompanied by a responsible adult (18 or over).
Disabled/Ambulant Supporters
We have four wheelchair bays and carer’s tickets available for this fixture. Wheelchair users and ambulant supporters will be expected to pay the relevant admission price and will receive a complimentary carer with their purchase. These tickets are not available online, they must be purchased in-store or over the phone.
Additional Information
Match Day Sales
Pay on the day will be available from the visitor’s ticket window located at the club store via card only. No cash payments will be accepted.
Duplicate Ticket Requests
Anyone who doesn’t receive their tickets in time for the fixture through the post must contact tickets@morecambefc.com or call the Club Shop on 01524411797 (ext 3) in advance of Friday 18 August, 5pm.
Match Day Parking (Minibuses & Coaches & Cars)
Parking on the South Common Car Park is available to purchase in advance from the Lincoln City ticketing website.
Full match day parking details are available at: www.weareimps.com
For up-to-date information or to ask any questions, contact Anya Wood, Shrimps’ SLO.
Fans are strongly advised to purchase tickets in advance of the fixture to avoid delays on the day of the match. 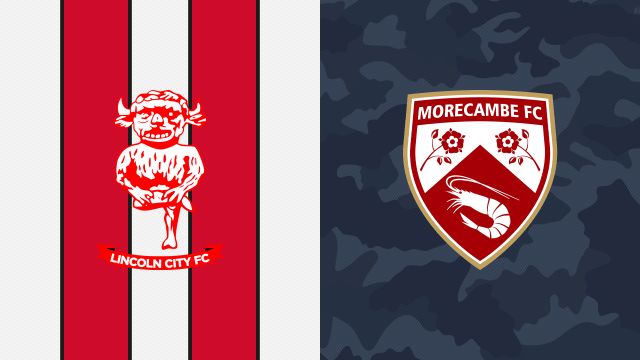 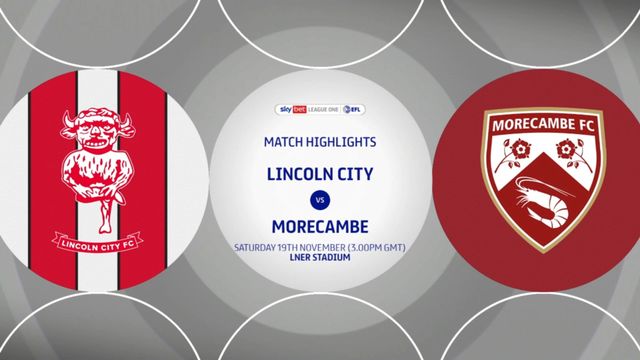 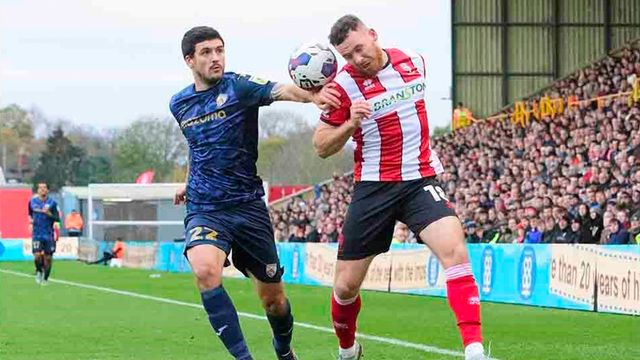