The Shrimps are back on the road on Saturday 15 October as they travel down to the Pirelli Stadium to take on Burton Albion in Sky Bet League One.

Derek Adams' men will be hoping to bounce back from last Saturday's defeat against Ipswich Town, with the aim of claiming maximum points against the Brewers.

Saturday's hosts return to the Pirelli Stadium after earning a point in a 1-1 draw away at Peterborough United last weekend.

Albion sit 23rd in the League One table having registered two wins, two draws and nine defeats after 13 games.

The Brewers’ are managed by Tunisian Dino Maamira, who took over following the departure of Jimmy Floyd Hasselbaink last month. The 48-year-old began his managerial career in non-league and had spells with Northwich Victoria, Southport and Nuneaton Town. In 2018, he began his first job in the EFL, taking charge of Stevenage. After a year at the Lamex, he took over as manager at Oldham Athletic until the end of July 2020. In January 2021, he was given the assistant manager role at Burton.

Burton were promoted to the Football League in 2009 and achieved back-to-back promotions when they won Sky Bet League Two in 2015, and were promoted to the Sky Bet Championship the following season. The Brewers’ spent two seasons in the second tier before they were relegated in 2018.

Striker Victor Adeboyejo has been key to Burton’s success in front of goal this season. The Nigerian has scored six goals for the Brewers’ so far and is currently their top scorer. The 24-year-old scored the equaliser for Albion in their draw against Peterborough last weekend.

Midfielder Davis Keillor-Dunn netted four times for Burton this campaign. The midfielder started his career in Scotland at Ross County and has previously had spells at Falkirk and National League side Wrexham. The Sunderland-born midfielder first experienced the EFL when he joined Oldham Athletic in 2022. Keillor-Dunn featured in every league game for the Latics last season and scored 15 goals before joining Burton in the summer.

Burton secured the signing of experienced defender Adrian Mariappa at the beginning of the month. Mariappa is an experienced defender across all levels of the English game and has had two spells with Watford as well as time at Reading, Bristol City and Crystal Palace. The 36-year-old has also made 62 appearances for the Jamaican national team.

Shrimps boss Derek Adams is looking to take the positives from last weekend’s game against Ipswich into this weekend to get a result against Burton.

“We came close to winning the game,” he said.

“We had a really strong performance, and if you can gather a number of wins in a quick period of time, it can propel you up the league.

“Burton is another tough match for us; They’re a well equipped team with plenty of talent on their books and it's another chance for us to get three points.”

Tom Reeves will be taking charge of Saturday’s game, and will be assisted by Nik Barnard and Paul Stonier with Abbas Khan completing the line-up as fourth official.

Reeves has taken charge of 14 EFL matches so far this season, four in League One, six in League Two and two in the Carabao Cup and Papa John’s Trophy respectively.

It has been just over a year since the official took charge of a Shrimps fixture, having refereed Morecambe's 4-3 away defeat at the hands of Wycombe Wanderers at the start of October 2021.

The Shrimps secured a late draw against Burton Albion courtesy of an excellent Ryan Delaney strike.

The hosts started brightly, with Davis Keillor-Dunn producing the best of a few early chances after three minutes, but his strike from the edge of the box was pulled left of Connor Ripley’s goal.

Moments later and it was the Shrimps who came close after Ben Garratt misread the bounce of the ball, and as Dylan Connolly attempted to punish the goalkeeper, his effort was deflected wide.

John Brayford came close for Albion on seven minutes, his well-struck volley forced Ripley into a full stretch diving save to tip the ball behind for a corner.

The Brewers won themselves a free-kick to the left of the 18-yard box on 21 minutes, the resulting cross was met by Sam Hughes, whose header was blocked by the Shrimps’ defence.

As the clock ticked over the half-hour mark, Keillor-Dunn opened the scoring for the hosts with a strike from the left into the far corner.

Their advantage was nearly doubled ten minutes before the break after Sam Winnall found space in the box, but his header flew narrowly wide.

Two minutes before the break and Derek Adams’ men thought they were level; The ball found its way to Liam Gibson who powerfully struck on target, but an impressive one-handed stop from Garratt denied the Shrimps an equaliser.

The start of the second half was quite the contrast to the first, with the opening chance falling on 58 minutes, Liam Gibson’s deep free kick was met by the head of Ryan Delaney, but his effort lacked power.

It was then Albion’s turn to try their luck six minutes later, Jonny Smith drilled a low cross into the six-yard box, but the ball just about rolled beyond the touch of Adeboyejo.

The Shrimps kept pushing, and were eventually rewarded on 78 minutes through Ryan Delaney.

After receiving the pass from Liam Shaw, the defender took a few touches before unleashing a powerful strike from the edge of the box which flew beyond Garratt and into the back of the net.

Whilst going in search of a winner, the hosts managed to win themselves a corner four minutes from time, but a spirited Morecambe defence stood firm.

One minute into four added on and as the ball fell kindly to Keillor-Dunn on-line with the 18-yard box, his effort cleared the stadium.

Tickets and coach travel are now on sale for our visit to Burton Albion on Saturday 15 October.

Prices and on-sale dates for the encounter can be found below:

All ticket prices will increase by £2 on the day.

We have 6 wheelchair bays and carer’s tickets available for this fixture. Wheelchair users and ambulant supporters will be expected to pay the relevant admission price and will receive a complimentary carer with their purchase. These tickets are not available online, they must be purchased instore or over the phone.

We encourage all supporters to purchase in advance to avoid queues on the day. Though, ticket sales will be made available on the day from Burton Albion.

Supporters must note prices will increase by £2 on the day.

Anyone who doesn’t receive their tickets in time for the fixture, through the post, must contact tickets@morecambefc.com or call the Club Shop on 01524 411797 (ext 3) in advance of Friday 14 October, 17:00.

Prices for official coach travel to Burton Albion are as follows:

*All persons under the age of 18 must be accompanied by a responsible adult (over 18).

Sales deadline for Official Coach Travel: Friday 14 October, 15:00 [Strictly no bookings will be taken or accepted after this time, including on the day of travel].

Minibuses and coaches will be able to drop supporters off at the Pirelli Stadium then make there way to Claymills Pumping Station.

It will cost £10.00 per coach/minibus to park at this facility.

Car parking is available on site on a first come, first serve basis at £5.00-per-vehicle.

Any supporters wishing to book disabled parking can do so by calling Burton Albion direct on 01283 565938. There will be a cost of £5.00 to book these places. 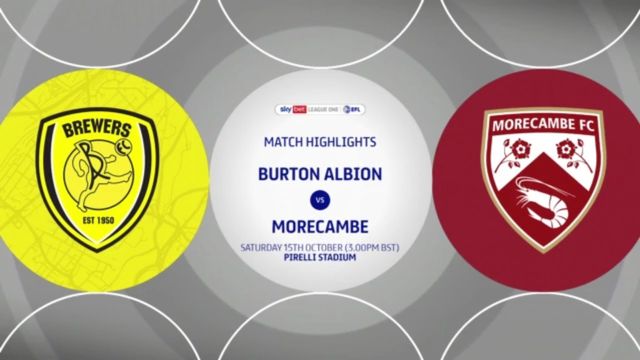 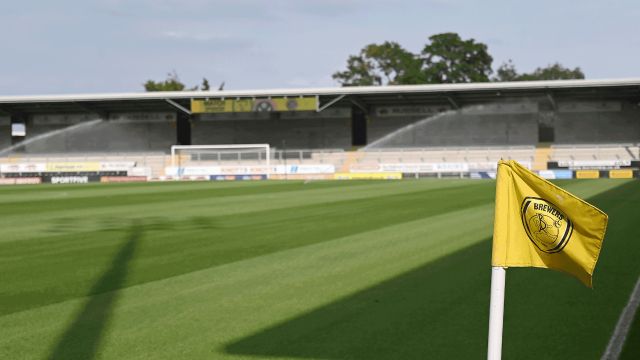 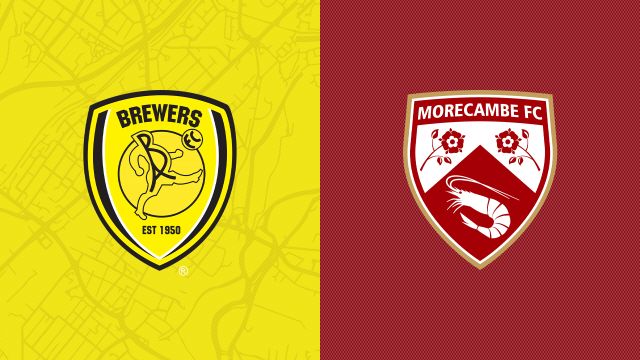