The Shrimps are back at the Mazuma Stadium on Saturday 8 October to take on Ipswich Town in Sky Bet League One.

Morecambe will be hoping to bounce back from last Saturday’s Lancashire derby defeat against Accrington Stanley with a positive result against The Tractor Boys.

Ipswich were last in action on Tuesday night when they beat Cambridge United by three goals to nil in front of 26,414 supporters at Portman Road.

Kieran McKenna’s side currently sit second in Sky Bet League One with eight wins, three draws and one defeat after 12 league games.

The Blues’ are a club with a rich history and were FA Cup winners in 1978 when they beat Arsenal by a goal to nil at Wembley. The Suffolk club also won the 1981 UEFA Cup, now the Europa League, by beating Dutch side AZ 5-4 on aggregate.

Manager Kieran McKenna is currently in his first job in senior management having previously managed at Spurs and Manchester United U18’s before joining Mansfield Town as assistant manager from 2018 to 2021. McKenna was appointed Ipswich boss in December 2021 and guided them to an 11th place finish last season.

Forward Conor Chaplin has been the danger man up top for Ipswich this season with six League One goals so far. The 25-year-old started his career at Portsmouth’s academy in 2003 and was promoted to the senior team in 2014, going on to score 22 goals in 104 appearances before moving on loan to Coventry City in 2018. The Worthing-born man joined the Sky Blues permanently in January 2019 before moving to Barnsley later that year. Town secured Chaplin’s signature in the summer of 2021.

Winger Kyle Edwards put on an impressive showing for Ipswich in midweek. The 24-year-old netted a second-half brace in the Blues’ win over The U's. Edwards worked his way up the ranks at West Bromwich Albion where he started out as part of their academy in 2004 before being promoted to the senior team in 2015. The winger spent the 2017-18 season on loan at Exeter City before moving to Portman Road in 2021 upon expiry of his contract at West Brom.

Wes Burns has also been influential for Ipswich from the right-hand side of midfield this season. The Welshman has two goals and two assists so far, and scored the winner in his sides win over Portsmouth last weekend.

A familiar face to Morecambe fans is former Shrimps left-back Greg Leigh, though the Jamaican international will not feature on Saturday after suffering a leg fracture during the Blues’ 2-2 draw with Sheffield Wednesday in September.

Ipswich boss Kieran McKenna is aware of the challenges Morecambe will pose to his side on Saturday.

Speaking to Town's YouTube channel, he said: “They’re going to be fighting for every inch.

“They’re going to make it a really tough game for us and we’re going to have to stand up to that.

“They’re going to make it a game we’re not going to enjoy, there aren’t many teams who want an open football match against us at the moment.

“We know where they’re going to be strong and we need to be ready for that."

Thomas Kirk will be the man in the middle on Saturday afternoon, he will be assisted by Kevin Mulraine and David Avent with Lewis Raper completing the line up as fourth official.

Referee Kirk has taken charge of 11 games in the EFL this season; twice in League One, five games in League Two, three Papa John’s Trophy games and one Carabao Cup tie.

Saturday will be the first time Kirk has taken charge of a Shrimps fixture.

Ipswich Town took all-three-points from the Mazuma Stadium despite a spirited Shrimps performance.

Both sides looked to carve out chances in the first ten minutes, but the respective defences stood firm and did their jobs; most notably Richard Keogh for town whose vital interception prevented Jacob Bedeau’s thread of the needle pass leading Dylan Connolly through to goal.

Morecambe’s first clear cut chance came on 17 minutes when the ball found its way to Liam Shaw, whose effort from the edge of the box was blocked.

For all the half-chances, Kieran Phillips made sure he took his opportunity when presented with it as he fired the Shrimps ahead on 34 minutes.

An excellent free-kick delivery found the number 23, whose effort struck the underside of the crossbar and into the back of the net.

Ipswich looked to respond three minutes before the break when Lee Evans’ struck the post from distance, and Jackson skied the rebound over the bar from yards out.

Moments before the half-time whistle, Chaplin looked to level proceedings, but his effort from the left of the 18-yard-box sailed wide of Connor Ripley’s left-hand post.

It was nearly an immediate response for the visitors as, one minute into the second-half, Edwards rattled the post with a curling effort from the left.

Moments later and a deep cross was met by Donald Love, his attempted clearance clipped the crossbar and was eventually collected by Ripley.

Town’s pressure paid off as George Edmundson was able to find an equaliser on 54 minutes after steering home from the corner.

The visitors were then awarded a penalty three minutes later, but Ripley produced a fine save to deny Chaplin from 12 yards.

Despite Ripley’s heroics, the referee awarded another penalty to the Tractor Boys just after the hour mark, which Evans converted.

Former Shrimp Leif Davis looked to extend his side’s advantage on 73 minutes, but his curling effort had too much elevation and sailed into the Bartercard Terrace.

Some excellent play from Cole Stockton saw the striker come agonisingly close to a Morecambe equaliser 15 minutes from time, but his flicked effort at goal rolled wide of the far post.

Tickets are now on sale for our Sky Bet League One home fixture against Ipswich Town on Saturday 8 October, 15:00 KO.

Prices and on-sale dates for the encounter can be found below: 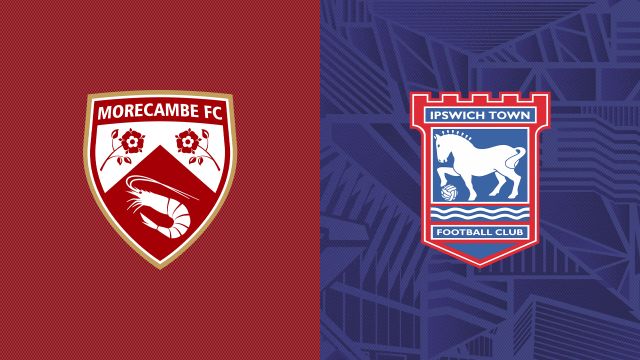 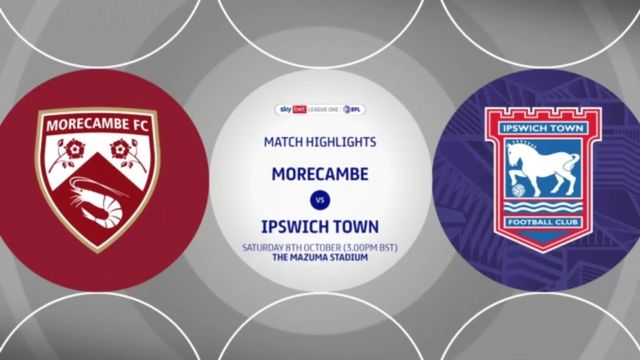 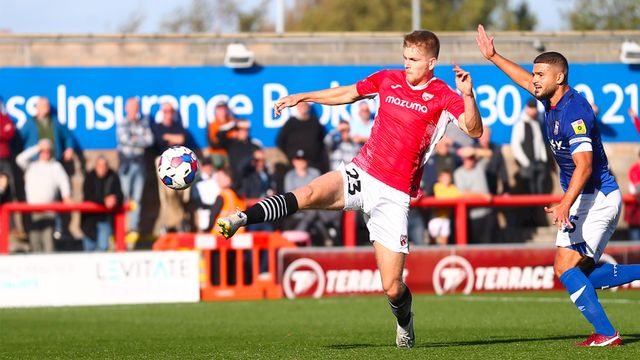