The Shrimps are back in Sky Bet League One action on Saturday 3 September when they take on Bristol Rovers at the Memorial Ground.

In midweek, Derek Adams’ side defeated Everton U21s 7-6 on penalties in the first Papa John's Trophy Northern Group A game. The cup clash ended 3-3 after 90 minutes with Jensen Weir, Caleb Watts and Farrend Rawson on the scoresheet at the Mazuma Stadium.
Attention returns to the league campaign as the Shrimps look to bounce back from Saturday’s 4-0 home defeat against MK Dons.
Since 2011, Morecambe have played Bristol Rovers on eight occasions and Saturday’s hosts have largely had the upper hand with five victories and one draw. The Shrimps have won two of those meetings.
The opposition
The Gas won promotion to League One in dramatic fashion on the final day of the 21/22 League Two season. Rovers overcame a five-goal swing to clinch the third promotion space away from Northampton Town on goals scored after blowing Scunthorpe United away by seven goals to nil.
Bristol Rovers sit 15th in the table with two wins, one draw and three defeats so far this season. They are without a win in four, in all competitions, and most recently fell to defeat on penalties in midweek against Plymouth Argyle in the Papa John’s Trophy.
Merseyside-born Joey Barton has been in charge at the Memorial Stadium since February 2021. His first task was to save the club from relegation, but they couldn’t avoid the drop to League Two. The Gas bounced back last season and Barton was rewarded with a three-year contract extension.
The 39-year-old, who played as a midfielder for a number of clubs including Manchester City, Newcastle United, Queens Park Rangers and Burnley, began his managerial career with Fleetwood Town from 2018 until 2021.
Key players
Centre-forward John Marquis joined the Gas this summer and netted his first goal for the club as they defeated Oxford United. The 30-year-old came through the academy at Millwall. He scored 61 goals in 134 games for Doncaster Rovers and 28 goals in 93 appearances for Portsmouth before joining Lincoln City where he spent the second half of last season.
As well as providing the most assists so far this season for Rovers (two), former Morecambe man Aaron Collins also leads the goalscoring table for the Gas to-date, having scored four goals, all of which have come in the league. The striker scored eight goals in 15 appearances for the Shrimps between February and May in 2019. The 25-year-old, who came through the youth setup at Newport County, joined Bristol Rovers in June 2021.
24-year-old Ryan Loft has scored two goals in as many games for Rovers, against Shrewsbury Town in League One as well as against Plymouth Argyle in the Papa John's Trophy. The striker joined the club from Scunthorpe United, where he scored 15 goals in 62 appearances across all competitions, in January 2022 for an undisclosed fee. Predominantly a centre-forward, Loft, who in attacking-midfield and on the left-wing, spent his youth career with the likes of Dartford FC, Ebbsfleet United and Premier League giants Tottenham Hotspur.
Shrimps’ pre-match thoughts
Ahead of his side's visit to the Memorial Stadium, Derek Adams has called for his Shrimps players to be more clinical in front of goal.
“We created 17 chances last week against MK Dons,” he said.
“MK Dons did exactly the same against us, but they were more clinical on the day, we just have to be better in front of goal.
“They were great finishes, Grigg’s two finishes we probably could have defended better with the movement."
Meet the officials
Dean Whitestone will take charge of Saturday’s game. The Northamptonshire-based official will be assisted by Ian Cooper and Mark Pottage along with Fourth Official Alan Young.
Whitestone, who has distributed nine yellow cards and zero red cards across three games so far this campaign, took charge of Morecambe's 3-0 defeat away to Peterborough United last month.
iFollow
After teaming up with Beyond Radio for the 2022/23 season, supporters will be able to listen to exclusive, full and uninterrupted radio commentary of every single game, home and away, which will be broadcast simultaneously on 103.5FM, 107.5FM and DAB+ digital radio across North Lancashire and South Cumbria as well as on the iFollow Shrimps platform.
Lead commentator Dave Salmon will be joined by the Club's Media and Content Coordinator, Matt Smith.
Audio passes are available from as little as £2.50 per match, £4.49 for a monthly pass or £45 for a season pass.
As well as full match commentary, the ‘Shrimps Verdict’ podcast will be available post-match, featuring online, on demand content, including audio match highlights, post-match interviews and reaction, and much more!

Four goals split between both sides saw the Shrimps and Bristol Rovers share the points at the Memorial Stadium.

Jensen Weir netted for the away side as well as Kieran Phillips netting his first goal in a Morecambe shirt, but strikes either side by Ryan Loft and Bobby Thomas made sure the game ended level.

It was Bristol Rovers who had the first opening of the game, within 30 seconds of the first whistle, the ball landed at the feet of Aaron Collins whose effort found the bottom of a post before bouncing clear of danger.

The Shrimps burst into action after that, with Phillips seeing off his man before firing an effort off Alfie Kilgour which sent it behind for a Morecambe corner.

Jake Taylor’s short set-piece found Donald Love, he laid off Weir up who took on touch set himself up before unleashing a stunning curled effort which left ‘keeper James Belshaw with absolutely no chance in the home side goal.

Joey Barton’s men started to assert dominance from there, with striker John Marquis having an overhead-kick cleared off the line by Farrend Rawson moments after Morecambe found the opener.

Former Shrimps man Collins was a threat throughout and almost found the back of the net himself on the 20th minute mark, his touch saw him set himself up before letting fly with his left foot, thankfully Connor Ripley the effort was wide of the mark.

A minute before the half-an-hour mark the home side struck, Collins again with some tidy footwork saw him lose Liam Gibson before getting a cross into the area, there was Loft to touch the ball from just inside the six-yard box.

Just before the half-time whistle the Gas had a great chance to take the lead, the ball was slipped through to Collins who had beaten his defender but his shot hit the foot of a post and trickled wide, thankfully for the Shrimps.

Eight minutes after the restart Derek Adams’ side regained the lead, some fantastic work by Caleb Watts saw him play a sensational defence-splitting through ball in Phillips’ direction, he picked it up just outside the box and slotted a right-footed effort into the bottom-right of Belshaw’s goal.

Three minutes later it was close to seeing the scores levelled once again, a cross from the right was nearly headed into his own goal by Jacob Bedeau, but Ripley was alert to make a smart save down to his left to spare the defenders blushes.

On the 74th minute the home side came close again, a cross into the area by substitute Luke McCormick found fellow substitute Trevor Clarke, his volleyed effort was well-saved by Ripley.

Six minutes later the Gas had their leveller. A soft free-kick on the edge of the box was given which Anthony Evans hit off the wall earning Bristol Rovers a corner, the resulting corner by Evans dropped at the feet of Thomas who was there to apply the finish.

It was Bristol Rovers who came close to a winner moments later, a through ball somehow made its way through to Harvey Saunders but Ripley was there to make a stunning point blank one-on-one save to deny him.

Tickets are now on sale for our visit to Bristol Rovers on 3 September 2022, 3pm KO.

Prices and on sale dates for the fixture can be found below.

*All children under the age of 11 must be accompanied by a responsible adult (over 18).

We have six wheelchair bays and carer’s tickets available for this fixture. Wheelchair users and ambulant supporters will be expected to pay the relevant admission price and will receive a complimentary carer with their purchase. These tickets are not available online, they must be purchased instore or over the phone.

Tickets will be available to purchase on the day for from Bristol Rovers [subject to ticket availability]. Cash and card accepted, but card is preferred. Tickets will remain the same price on the day, with no price increases.

Anyone who doesn’t receive their tickets in time for the fixture, through the post, must contact tickets@morecambefc.com or call the Club Shop on 01524411797 (ext 3) in advance of Friday 2 September, 12pm. We must provide Bristol Rovers with a final duplicate requests list, the day before the fixture to ensure any duplicate requests are available to collect on the day.

Morecambe FC will be running official coach travel to all away fixtures this season. Prices for the coach to Bristol Rovers are as follows:

**All persons under the age of 18 must be accompanied by a responsible adult (over 18).

Departure Time: 07:30am (prompt from the Mazuma Stadium).

Minibus and coach parking will be available on-site at Bristol Rovers on a first come first serve basis. There will be no cost to this.

There is no parking available on-site for cars. Bristol Rovers has advised travelling supporters to park at the Civil Service Club, around a five minute walk from the ground at £5 per vehicle. 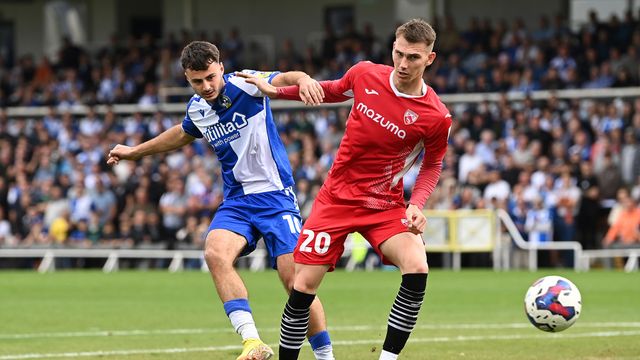 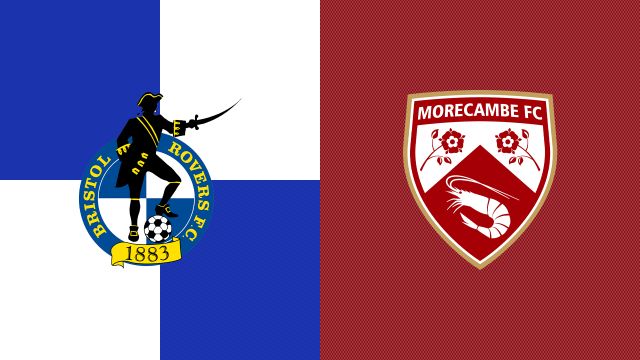 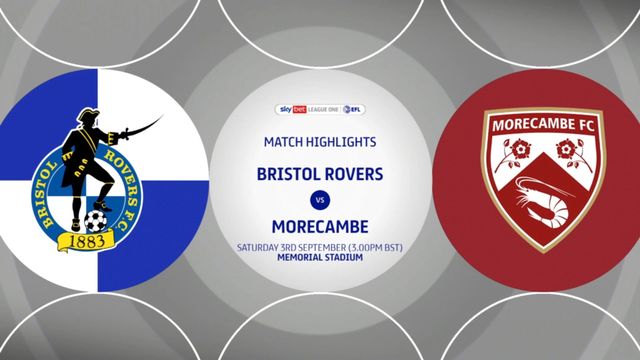