The Shrimps face off against the Owls at the Mazuma Stadium in Sky Bet League One on Tuesday evening.

Morecambe head into the fixture on the back of a 2-2 draw away to Bristol Rovers, a performance that manager Derek Adams labelled as the best of the season. A Jensen Weir stunner from distance and Kieran Phillips' first for the Club fired the Shrimps ahead on two occassions, but Adams' men were pegged back each time as the spoils were shared at the Memorial Stadium.

Wednesday's last taste of Sky Bet League One action ended in defeat as the Owls met Barnsley in a Yorkshire derby. Goals from Devante Cole and James Norwood either side of half-time ensured Michael Duff's men left Hillsborough with all-three-points.

Out of their opening seven league games of the season, Wednesday have won four, drawn one and lost two. In the process, they've accumulated 13 points and currently sit fourth in the table.

Like the Shrimps, the Owls have progressed to Round Three of the Carabao Cup after seeing off Sunderland and Rochdale in the opening two rounds, though their first Papa John's Trophy group stage game of the season ended in a 3-1 defeat away at Bradford City.

Manager Darren Moore arrived took charge of Wednesday on 1 March 2021 and has since taken charge of 79 games. Of those fixtures, he has won 36, drawn 20 and lost 23, averaging out at 1.62 points-per-match.

Wednesday's most dangerous player so far this season is Josh Windass who leads the tally for assists (three) and sits in joint first for goalscoring (two). Son of Dean Windass, the 28-year-old is no stranger to finding the back of the net, and has recorded 70 goals in 287 professional appearances to-date. Before arriving at Hillsborough on a permanent deal in September 2020, the attacking-midfielder enjoyed spells with Accrington Stanley, Rangers and Wigan Athletic.

Summer arrival Will Vaulks joined Wednesday in the summer after three years with Cardiff City. The 28-year-old boasts a wealth of experience across the English and Scottish Leagues, racking up 404 appearances in total, 186 of which came in the Championship. Whilst at Rotherham United, the Welsh international won Goal of the Season in 2016/17 and Player of the Season the following year.

Centre-forward Michael Smith joined the Owls in July 2022 following a successful four-year stint with Rotherham United. The prolific goalscorer netted 18 goals in 45 League One appearances last campaign, which helped The Millers to a second place finish as well as automatic promotion to the Championship. The 30-year-old, who has played three times so far this season and scored once in the Papa John's Trophy, will be hoping to replicate last season's success in front of goal for his new side.

Ahead of Wednesday's visit on Tuesday night, manager Derek Adams says the Shrimps will look to cause the visitors problems, despite the evident talent within their ranks.

“They’ve got some real quality players; Barry Bannan is a prime example of that, to have the likes of Gregory, Windass as well in that area, they’ve got a very, very good squad.

“They’ve got international players in their squad and that’s why they’re favourites for promotion.

“They come here, which is always a difficult venue for any team to come to, and as a Club, as a team, we’re looking forward to it.

“It’s what we do on the day, we’ve got to get at them and cause them problems, which we will do.”

Andrew Kitchen will take charge of Tuesday night's fixture, with Paul Newhouse and Graeme Fyvie as linesmen and Alex Gray completing the line-up as Fourth Official.

In the six games Kitchen has taken charge so far this campaign across League's One, Two and the Carabao Cup, he has distributed 28 yellow cards and one red card.

The Durham-based official last took charge of Morecambe back in March, where the Shrimps were defeated at home by Cheltenham Town.

It was the Shrimps who had the first chance of the game through striker Kieran Phillips, a deft touch by Cole Stockton set the on-loan Huddersfield Town man on his way, he opened his body up before pulling the trigger which forced a smart save out of David Stockade in the Owls’ goal.

On the 20th minute, the visitors came close to opening the scoring, a chipped ball forward by Barry Bannan found Windass inside the Shrimps’ penalty area, he turned and angled an effort towards the bottom-right corner of Connor Ripley’s goal, but the ‘keeper was there to make an excellent one-handed save.

Just after the half-an-hour, mark it was Wednesday who had the next chance, the ball dropped to Reece James on the edge of the box who forced another fantastic save from Ripley to keep the scores level.

A corner came and went for Darren Moore’s men, Bannan’s delivery was met at the near post and cleared by Stockton, but the ball fell nicely for Michael Ihiekwe who lashed an effort wide of the mark.

The Shrimps had a corner of their own eight minutes before the break, Jake Taylor’s cross was met on the head by Ryan Delaney who was inches away from seeing his header sneak in the bottom-left corner.

Just after the hour mark, it was Ripley again with another stunning save to deny James again, the midfielder broke free in the box and took his shot early, but Ripley was there to make a big one-on-one save at his near post.

The Shrimps’ resistance would be broken on the 71st minute, a corner from Bannan was met by Windass at the near post with his header looping into the back of the net in-front of the away end.

From there, Ripley continued his masterclass, denying Fisayo Dele-Bashiru and Bannan respectively, however the Shrimps goal would be breached again on the 78th minute.

A near carbon copy of the first goal, a corner from Bannan was headed home by Byers at the near post.

The Owls had their third moments later, a through ball from Windass found Smith in the box, he took his chance first time which gave Ripley no chance in the home goal.

Tickets for our Sky Bet League One home fixture against Sheffield Wednesday on Tuesday 13 September, 7:45pm KO, are now on sale.

This fixture will be all-ticket for both home and away supporters.

Due to the uncertainty of the fixture schedule over the past few days, we have now had confirmation from the EFL that Tuesday's fixture against Sheffield Wednesday will take place, we have therefore extended the online purchase deadline until 12 noon on Tuesday 13 September 2022.

No tickets will be available to purchase in-person, on the day of the fixture.

Home tickets for this fixture will be on sale only to supporters who have a 2021/22 and/or 2022/23 previous ticket purchase order history, and turnstile scanned attendance, on their Morecambe FC ticketing account.

Supporters will only be able to purchase a maximum of two tickets per eligible account.

Any supporter who wishes to buy in person from the Club Shop will be asked to provide photo ID with proof of address, which must match the card on which payment is made.

Away tickets can only be purchased directly from Sheffield Wednesday.

Prices and on sale dates for the fixture can be found below:

We have a limited number of wheelchair spaces available, please contact the club shop directly to purchase these spaces along with carer tickets. All disabled and ambulant supporters will pay the price stated above and will be entitled to one complimentary carer ticket.

To purchase a disabled or ambulant ticket with a complimentary carer, please contact the Morecambe FC Club Shop direct.

Any visiting supporters found in home areas will be ejected from the stadium for breaching Ground Regulations. Any home fans purchasing tickets in the home areas of the stadium for away supporters may face further action from Morecambe Football Club, and we would ask everyone to bear this in mind when buying extra tickets. 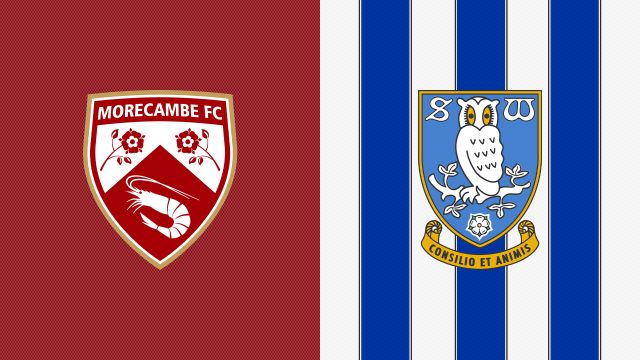 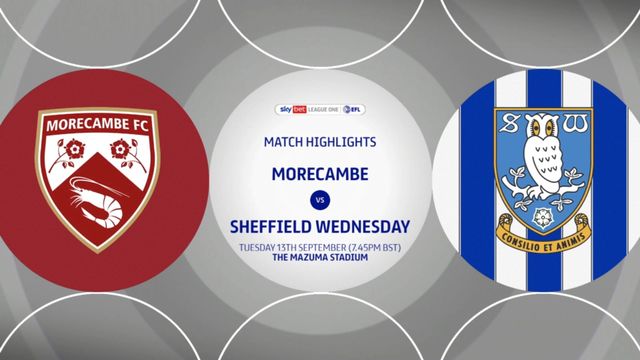 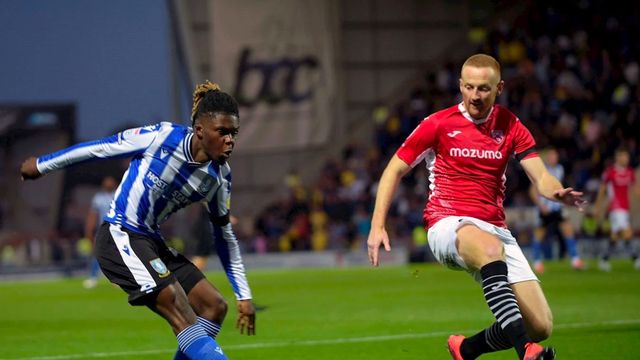