Speaking after the game the 23-year-old full-back said: “Obviously got off to a good start in the game and although we’ve started better in games, we got ourselves 2-0 up by taking our chances when they came.

“Second half they brought on O’Grady and went a bit more direct. With us losing Alex Kenyon it ended up being a good change for them as we’d lost that aerial presence in midfield. 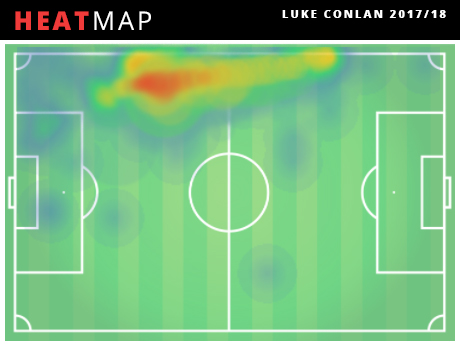 “First half they had a lot of the ball but we felt comfortable with them playing in front of us, second half when they went more direct it became a different game.

“Once they pulled it back to 2-2 we had chances to win it but that goal obviously didn’t come. That being said they could have won it too so you have to take the point and although it could have been three so overall a draw was probably the fair result.”

The draw at the Globe Arena ensured Chesterfield didn’t close the gap on the Shrimps who remain eight points ahead of the Spireites and extended their lead to seven points over Barnet. 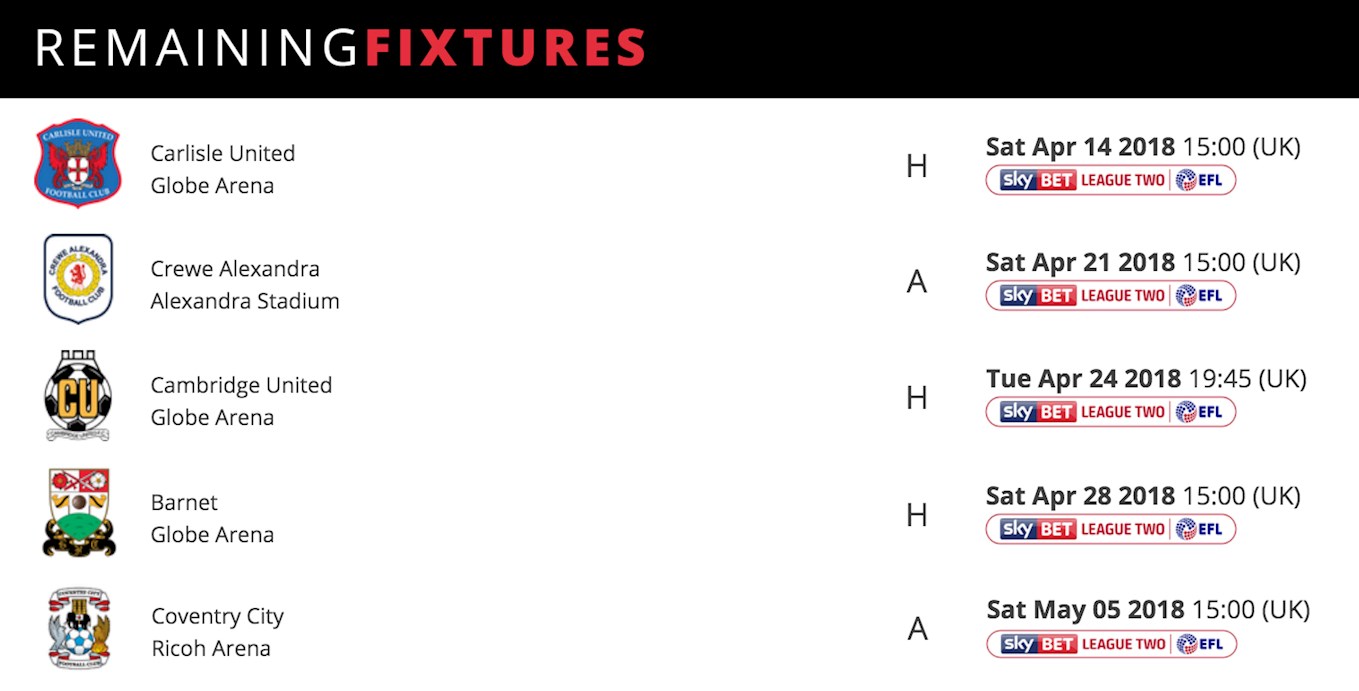 With five matches remaining in the SkyBet League 2 season Conlan believes Morecambe can get some good results, but need to turn draws into wins.

He said: “I’m pretty confident that we’ll get some results over the next few games. We haven’t been losing many games and if we can keep that going then great.

"Ideally though you want to be winning more because we’ve drawn too many recently. If you can’t win the game you want to draw it, but I think a few of the games recently we could and probably should have won when we didn’t.”

Conlan signed on a two-year-deal with Jim Bentley’s side after a successful loan period from Burnley in the 2015/16 season and as his current contract comes to it’s closing stages the Northern Irishman admits he had to adapt to the competitive nature of League 2.

“I’m more switched on to my defensive duties now,’’ he said.

"When I first came in from Under 21s football I was more of an attacking full-back, perhaps more attacking than defending. I’ve had to adapt and learn over the past two years that you have to get stuck in more and work as a defensive unit. Only once you’ve done that, can you then go forward and attack.

“Specially this season, I’ve made a conscious effort to be more aggressive in my defensive play. I think you have to get that right before you can really look at attacking more.”