Jack Lester’s side travel to Morecambe off the back of a 1-0 defeat to fellow strugglers Grimsby Town, who recorded their first win in 21 games with an 88th minute penalty.

The Chesterfield boss told the club website after their defeat; “We have to move on very quickly. It is a very difficult situation but we have to go to Morecambe and win.”

Morecambe will move 11 points clear of Chesterfield should they take all 3 points tomorrow evening and Jim Bentley believes if his side can take their form that’s seen them lose only 2 games in 10 matches into the game they will have a good chance; “We’ve done well, we’ve had some good results but we’ve been unlucky not to take more points over the last few weeks.

“This is a massive game for us and Chesterfield are very capable. They’ve had good results themselves against Swindon and Notts County recently.

“They play good football and are fighting for their lives so we’ll have to match their desire if we want to take points from the game.” 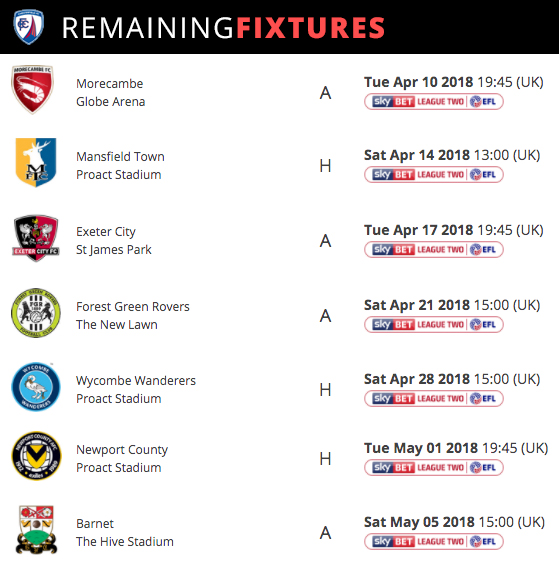 With Barnet and Forest Green still to play, Jack Lester’s side have plenty to play for.

Barry Roche (calf) could return for the Shrimps and Max Müller (back) is back available. Chesterfield were unchanged to face Grimsby on Saturday in their 4-2-3-1 system while Sam Hird, Giles Coke, Gozie Ugwu and Dylan Mottley-Henry remain long-term absentees. 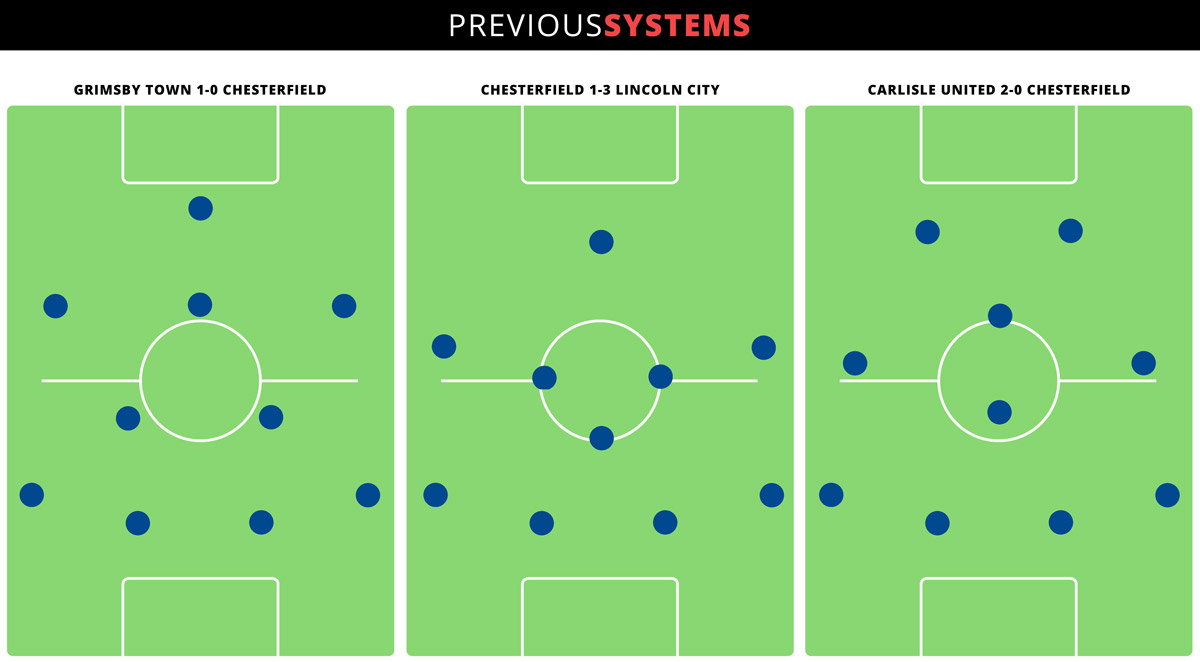