MORECAMBE face Exeter City on Saturday afternoon in the first competitive fixture at the Globe Arena of the 2018/19 campaign.

Matt Taylor’s side travel north after an impressive home victory over Carlisle United.

The Grecians dominated the game recording 14 shots on goal during the match they won 3-1 on the day, with Nicky Law, Jonathan forte and substitute Tristan Abrahams on the scoresheet.

Jim Bentley needs a response from his new look side after a disappointing 6-0 defeat away at Crewe on the opening day.

The fixture will provide a platform for the Morecambe side to get back on track in front of their home fans and put points on the board for the first time this season.

Exeter will likely stay unchanged, with the 4-4-2 that beat both Carlisle last week and demolished Bristol Rovers 4-0 in their final pre season outing.

Lee Holmes and Nicholas Law are a threat for the Devon based side, coming in off both wings onto their preferred foot. Hiram Boating is also key, dropping deep and picking passes into the target Jayden Stockley.

Jim Bentley may opt to make changes to the side that lost at Crewe, or alternatively give the same xi an opportunity for redemption.

The Shrimps boss will also have a decision to make on the involvement of new forward A-Jay Leitch-Smith, as the front man has only completed 45 minutes during pre season. 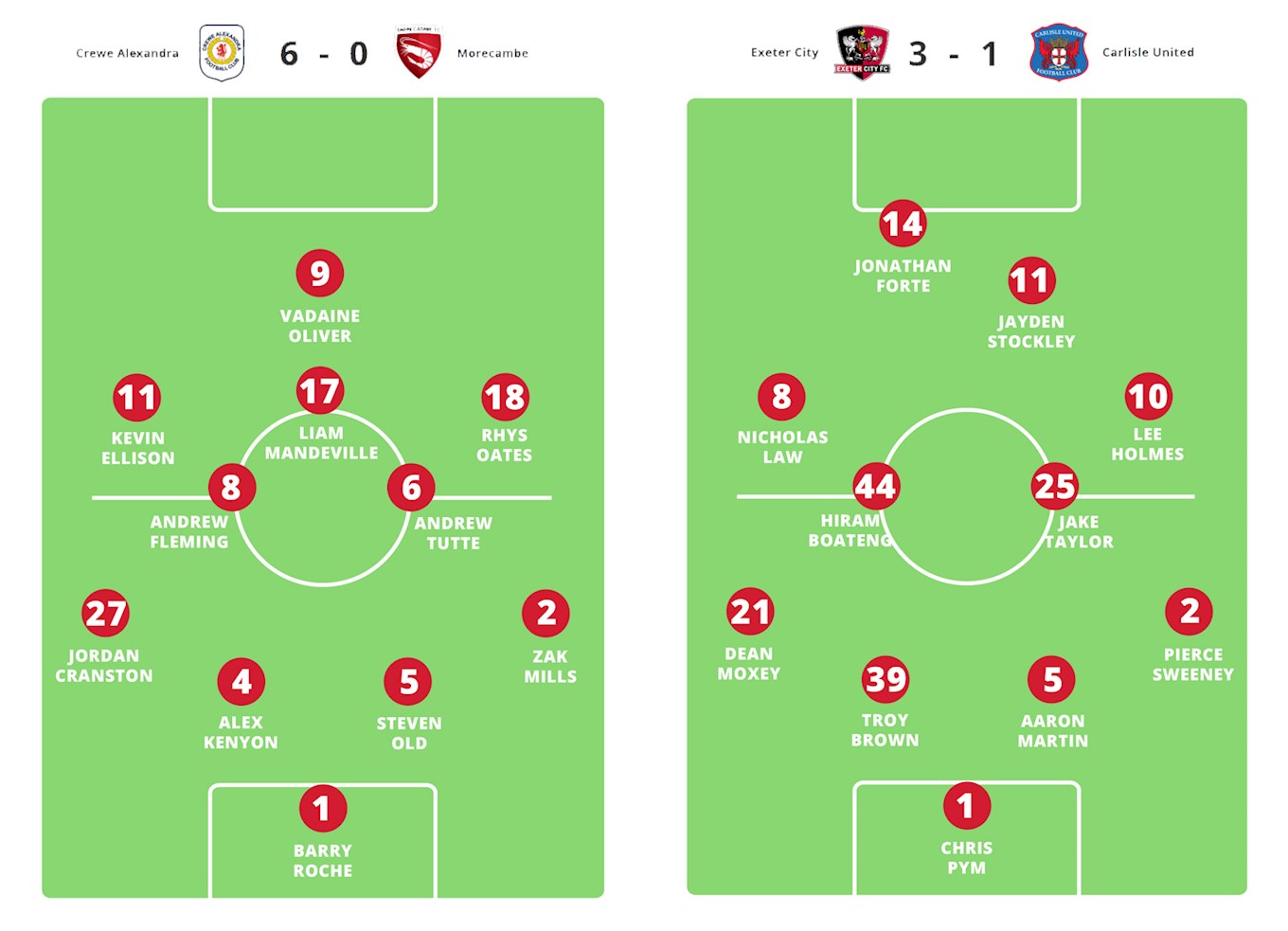