Morecambe’s youth team were one of six English Football League clubs to jet off to Spain for a pre-season trip organised by League Football Education.

Over 100 Under-18 players from Morecambe, Bolton Wanderers, Bury, Millwall, Milton Keynes Dons and Norwich City began their trip abroad on Sunday 29 July, with three matches each against Spanish opposition on the schedule before their return on Friday 10 August.

The initiative was fully subsidised by the Erasmus+ fund, with the aim to promote development and the exchange of skills and ideas between coaches and players in both countries.

The Spanish base for the young Shrimps was the Hotel Alcora in Seville, with local club Real Betis among those hosting.

In order to experience Spanish life, players took part in a range of cultural activities, designed to broaden personal and professional horizons. These included language lessons, tours at the Spanish Football museum and the home of Sevilla FC, trips into Seville city centre and guest speaker sessions.

The boys took part in several training sessions led by the European coaches, with staff from La Liga giants Real Betis among those putting them through their paces as the temperature soared to 40 degrees.

After enjoying a coaching session with the academy coaches at Andalusian club Puebla FC, the lads took on the local side in a friendly, which saw the hosts come out  2-0 winners. 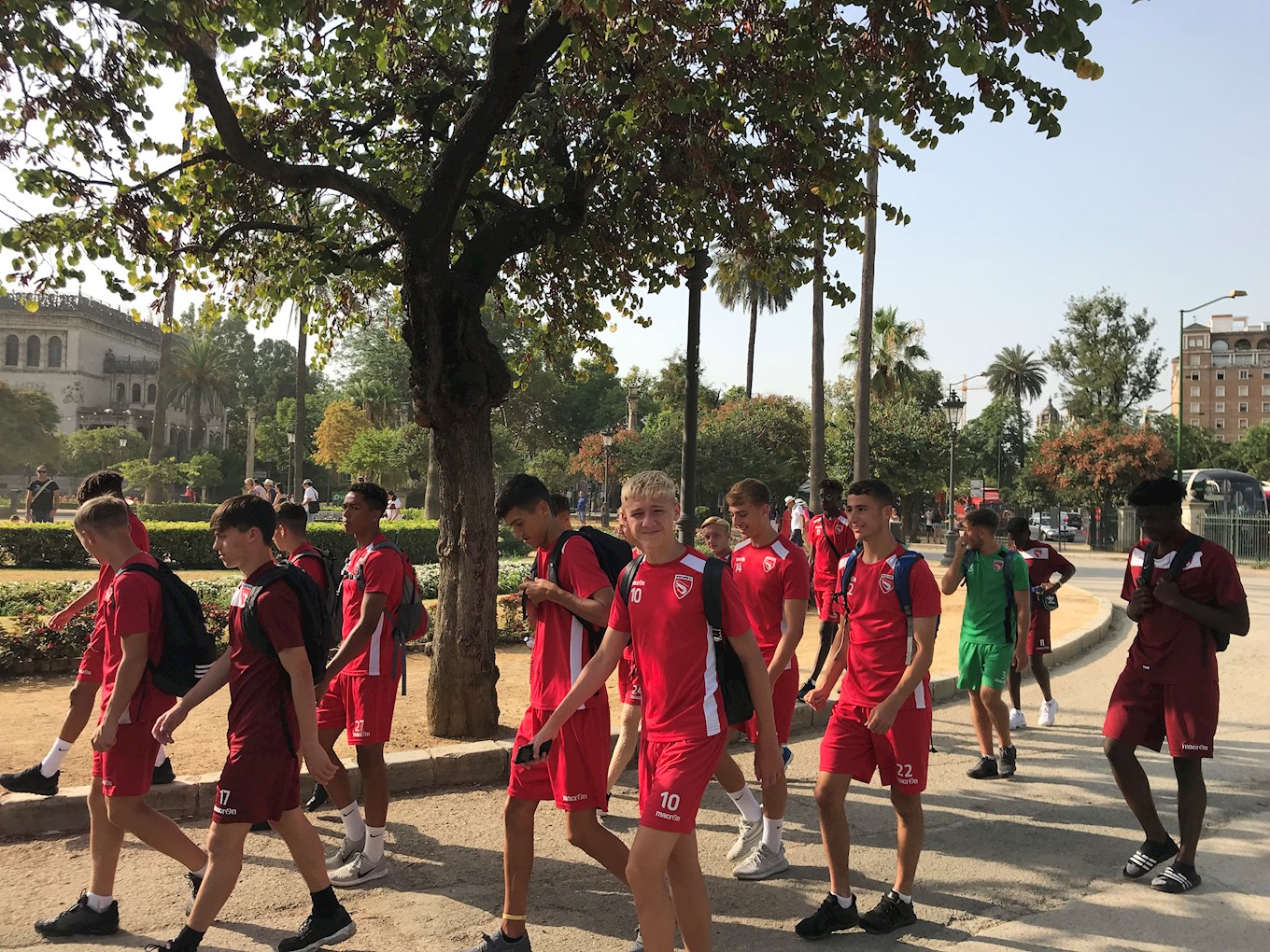 Having acclimatised, the squad were now ready to begin their competitive fixtures:

Morecambe ensured they started the fixture schedule in Spain with a win despite not shutting out their hosts as Henry Dorward, Ryan Mason and Amilcar Codjovi all found the net to secure an impressive result for the Shrimps.

Kaleb Young said: “It was a good run out for the boys against a physical side throughout. We matched them for the full game and played the better football.”

Morecambe added a second win to their tally in Spain with a professional performance to see off Xerez Deportivo. Kai Herbert and Freddie Price were on target for the Shrimps, ensuring a 100 per cent record heading into the final fixture against Real Betis.

A goal from Amilcar Codjovi capped an impressive display against the Spanish Youth League champions.  With the visitors creating plenty of chances, it was a game that could easily have been won, but the draw was enough to end the tour on a high, with Morecambe remaining unbeaten. 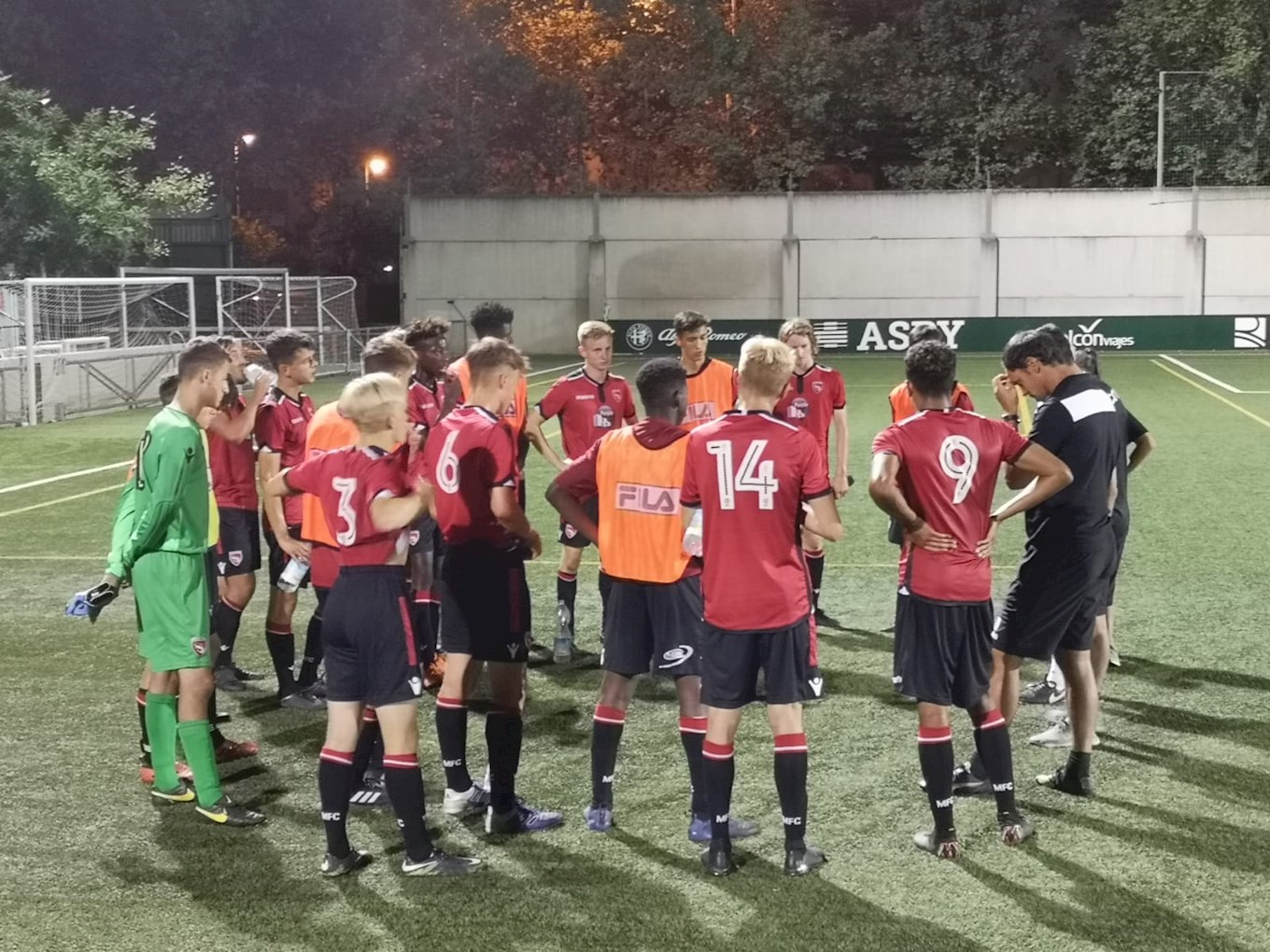 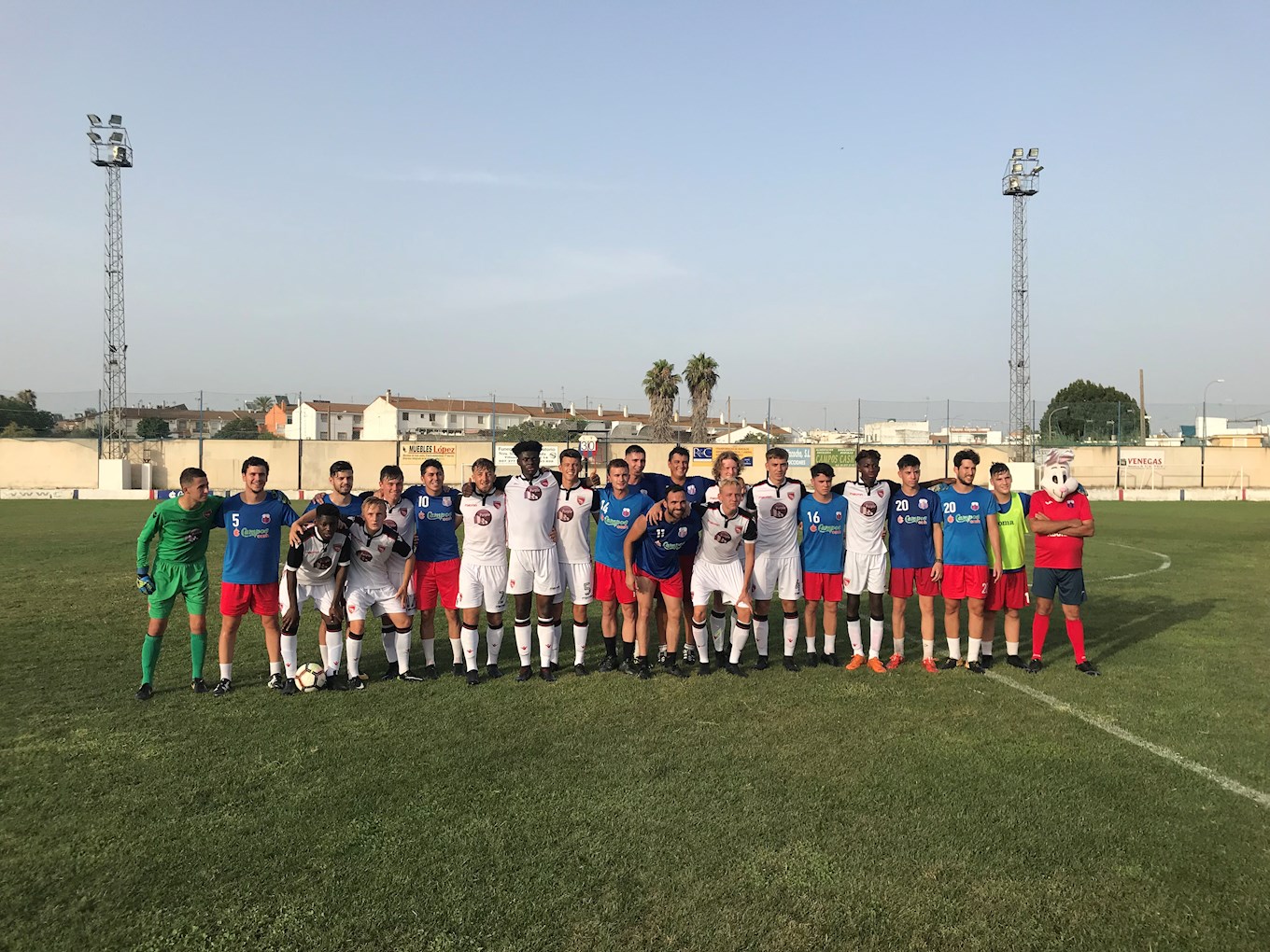 Head of Youth Stewart Drummond said “Taking the youth team, which included three of our under 16s, out to Seville was a great experience for all involved. To experience the different culture, coaching and playing styles in Spain should be of great benefit to the lads individually and as a squad going into this season.”

“It was pleasing to see how quickly the boys adapted to the temperatures over there and the type of opposition we were playing against and took on board the coaches instructions to come away from the trip with some excellent performances against top level opposition.”

“To be able to play at Real Betis training ground against their youth team and perform the way they did should fill them with confidence. The boys’ attitude and behaviour throughout the trip made it an excellent experience to be a part of, so all credit to the boys.”

LFE Regional Officer Darren Bloodworth added “the trip was very successful.  The lads and the staff were excellent and fully embraced not just the football but the culture too.  They were a credit to the club and I hope they enjoyed the experience.”