New loan signing Gregg Wylde has admitted it was ‘brilliant’ to be back on the pitch on Saturday.

The forward impressed in his Shrimps debut, the 26-year-old had 4 shots on goal, three of which on target and gave Jim Bentley’s side a threat on the counter attack.

Reflecting on the game the former Rangers man said; “It was brilliant to be back playing.

“I played 90 minutes for the first time since Christmas, it was quite tough for the first 15 minutes with my breathing but after that I got into the game, had a few shots and I felt good.”

Despite the heavy pitch at Vale Park the forward went on a number of runs and seemed to cope with the playing surface better than most. 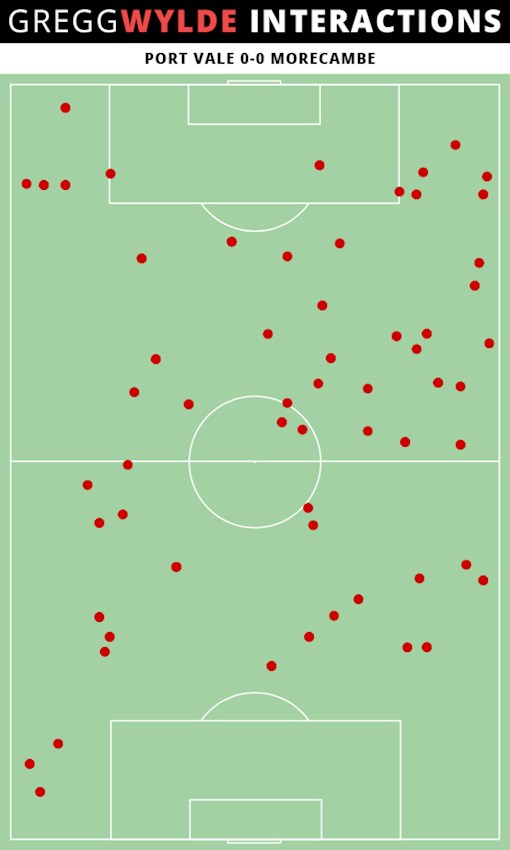 He continued; “I’ve played on worse pitches than that and I got on fine with it. Towards the end it became hard work but I thought the boys coped well with it and earned a good point.”