Morecambe face 20th placed Forest Green rovers at the Globe Arena on Saturday afternoon in what Jim Bentley has called a ‘massive game’.

After Rovers’ midweek victory over Stevenage, the Gloucestershire club leapfrogged Crewe Alexandra and Morecambe in the battle for Football League survival.

The Shrimps sit 1 place and 1 point behind Mark Cooper’s side in 21st with a game in hand.

Rovers will travel to Lancashire with two consecutive victories under their belt after 3-1 and 2-1 wins against Stevenage and Coventry City at The New Lawn.

Coincidentally, last time the 2 sides met back in October it followed back to back victories for Forest Green against the same 2 sides.

The Shrimps suffered a disappointing 2-0 defeat on the day, seeing Morecambe fall into the relegation zone for the first time this season. Morecambe beat Gareth Ainsworth’s high flying Wycombe Wanderers next time out though and have since kept their head above water.

A win on Saturday would see Morecambe climb above the visitors and if Port Vale lose their match at Swindon, Jim Bentley would see his side go into 19th place and would then look to claw their way past managerless Grimsby Town who are without a win in 12 league matches.

Barry Roche (shoulder), Steven Old (glute), Luke Conlan (hamstring) and Callum Lang (ankle) could all return for Morecambe after missing out in the draw at Vale Park.

Reuben Reid recovered from illness in time for Rovers’ victory at Stevenage in which he scored his 2nd goal for the club since signing from Exeter City for an undisclosed fee in January. Forest Green have won 4 of their 7 matches with Reid in their side and will likely partner top scorer Christian Doidge, who has 20 goals to his name this season in the front 2. 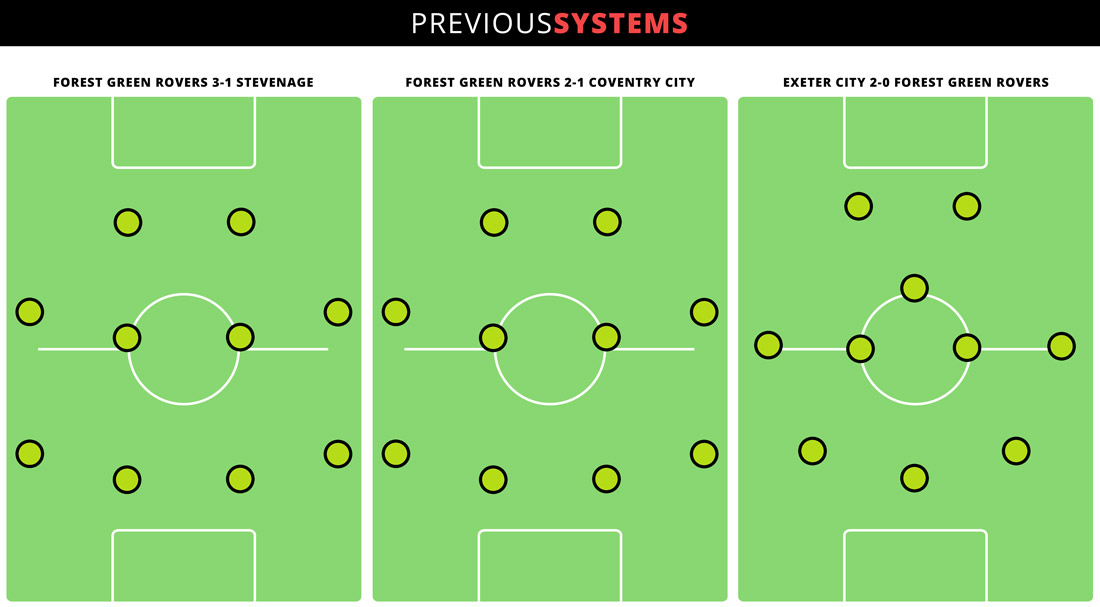