The Shrimps host 23rd place Chesterfield at the Globe Arena on Saturday afternoon in a 6-point-game.

Morecambe sit 4 points above the visitors in 20th place meaning a home victory would see Jim Bentley’s side 7 points clear of Chesterfield in SkyBet League 2.

Chesterfield have suffered 2 narrow defeats since their back to back victories against league leaders Luton Town and fellow strugglers Yeovil Town. Last time out in their home defeat to Crawley Town Jack Lester’s side lead at the break through Louis Reed’s deflected strike but were undone by 2 second half goals, conceding the winner in the third minute of stoppage time.

The Spireites will travel north full of confidence though, after their midweek victory over Notts County in a behind closed doors friendly match at the Proact Stadium.

Morecambe will be boosted by a number of regulars returning from injury. Barry Roche (shoulder), Callum Lang (ankle), Steve Old (glute) and Luke Conlan (hamstring) could all return from injury on Saturday after missing out at Port Vale last week.

Chesterfield may be without centre-half Sid Nelson (knee) which could see former Shrimp Alex Whitmore move to central defence after filling in at left-back over the past 3 games. Top scorer Kristian Dennis may be joined by Chris O'Grady in attack to give the Spireites more of an aerial presence on what is sure to be a heavy pitch at the Globe Arena with heavy rain forecast throughout Saturday. 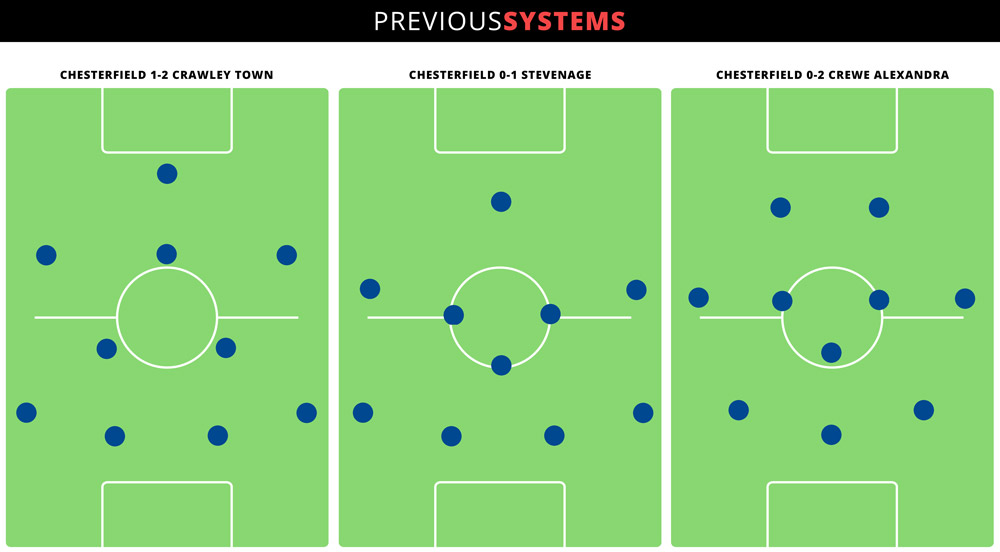