Garry Thompson is looking forward to facing his former team as Morecambe travel to Adams Park on Saturday.

Thompson came off the bench to assist Gregg Wylde’s equaliser in Saturday’s last minute draw with Forest Green Rovers and the forward was happy to make an impact.

Garry said: "Coming off the bench you just want to affect the game and obviously winning the header to put Wyldey in was the kind of impact I wanted. 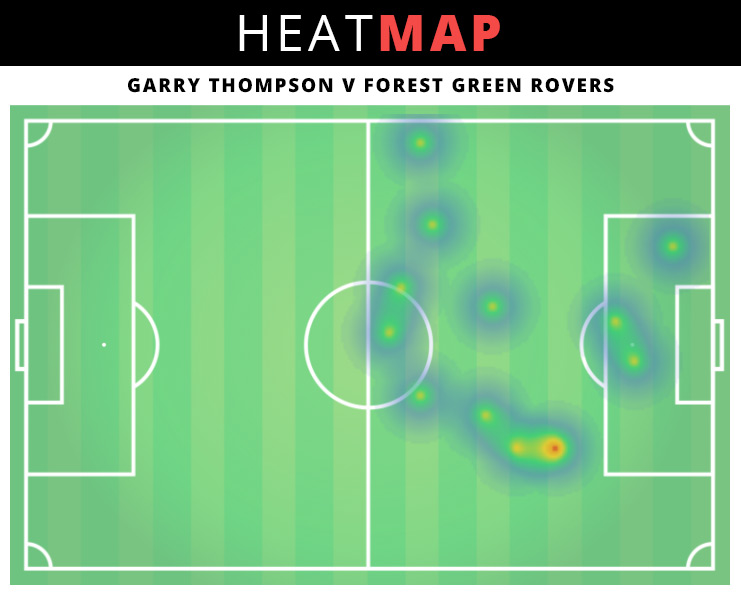 “You can tell when people are making runs around you and if you can you try and put the ball into a dangerous area. I knew the space was there because I could feel the defender with me and Gregg did well to anticipate it.

“It was important not to lose the game and keeps us away from the bottom two and hopefully we can build on that on Saturday.”

The Shrimps are making their way to Buckinghamshire for the SkyBet League 2 match versus Thompson’s former club and the 37-year-old is looking forward to the challenge in a familiar environment.

He continued; “I had two very good years there and I really enjoyed it. I’m still in touch with a few of the lads who are still there and it’ll be good.

“Hopefully I get a good reception because I felt I did well for them when I was there and like I say I have a lot of friends there.

“That will all go out the window though at 3 o’clock as it’s all about trying to get us up the league table."

Thompson believes the Shrimps have enough to move away from danger, admitting goals are key.

“They always say the league table doesn’t lie, and we are where we are for a reason," he said.

"I think scoring goals has been an issue for us this season and while we have had a lot of chances, we need to make sure we take more of those.

“I don’t think we’re often out of games, they’re always close games and I think we’ve been unlucky at crucial moments at times.

“We definitely have enough to get out of the position we’re in but we need to do better against the teams that are around us as opposed to showing up against the big teams like Wycombe, Newport, Coventry. We've beaten those teams meanwhile we’ve been beaten by Crewe, Port Vale and Barnet.

“At times at home we need to just get the ball up there and play in the opposition half a little more because the pitch isn’t great and sometimes you just need to try get on the end of things.

“Nobody’s better than Wycombe at that. They have the best in the league for it in Bayo (Akinfenwa). Even if he doesn’t win the header he’ll take someone out the game putting them under pressure. The ball often bounces off him into good areas because he’s that hard to deal with.”