Mansfield Town are the guests at the Globe Arena this Saturday with Steve Evans’ side looking to extend their unbeaten run to 8 league games.

Jim Bentley’s side will hope for some revenge for the defeat suffered at the One Call Stadium last month, where the Shrimps dominated large periods of the game only to find themselves 1-0 down at half time. Morecambe equalised through Callum Lang but were undone 2 minutes from time to lose the game 2-1.

Morecambe shifted to a 3-4-1-2 formation for the away fixture at Mansfield which has since become the preferred system for Jim Bentley, as his side have suffered only a single defeat, away at league leaders Luton Town in 5 games with the back 3 of Steve Old, Sam Lavelle and Max Müller.

Morecambe sit 19th in SkyBet League 2, 4 points above the drop zone. Promotion chasing Mansfield are 7th, 17 points and 12 league places above the Shrimps.

Mansfield manager Steve Evans will know what to expect tomorrow afternoon, as he told the Mansfield Town club website; “I watched the video of them against Newport the other night and they got themselves back in the game and possibly should have won the game.

“They play like their manager played. I see strikers who used to play for me and they still have chunks out their legs and ankles from Jim Bentley from when he played against them. He was fiercely competitive and that’s what he’s instilled in his team.”

Shrimps boss said: “Mansfield were one of the favourites at the start of the season and rightly so because they have some good players and a good manager.

“Steve’s been successful at the level and always produces competitive teams.

“I thought in the game at their place we were very unlucky. We created a lot of chances but on the day their bit of quality in front of goal won them the game.”

Vadaine Oliver will likely return to the Shrimps’ match day squad after not travelling to Luton or Newport this week whilst his partner was in labour. Dean Winnard may return from his injury rehabilitation after completing 90 minutes for the reserves on Tuesday.

Mansfield will be without Hayden White who was sent off in the fiery 3-2 victory versus Cheltenham Town last Saturday, but will be boosted by top scorer Danny Rose signing a new contract with the club on Tuesday. The 24-year-old has scored 13 goals in all competitions this season including the 88th minute winner in the reverse fixture. 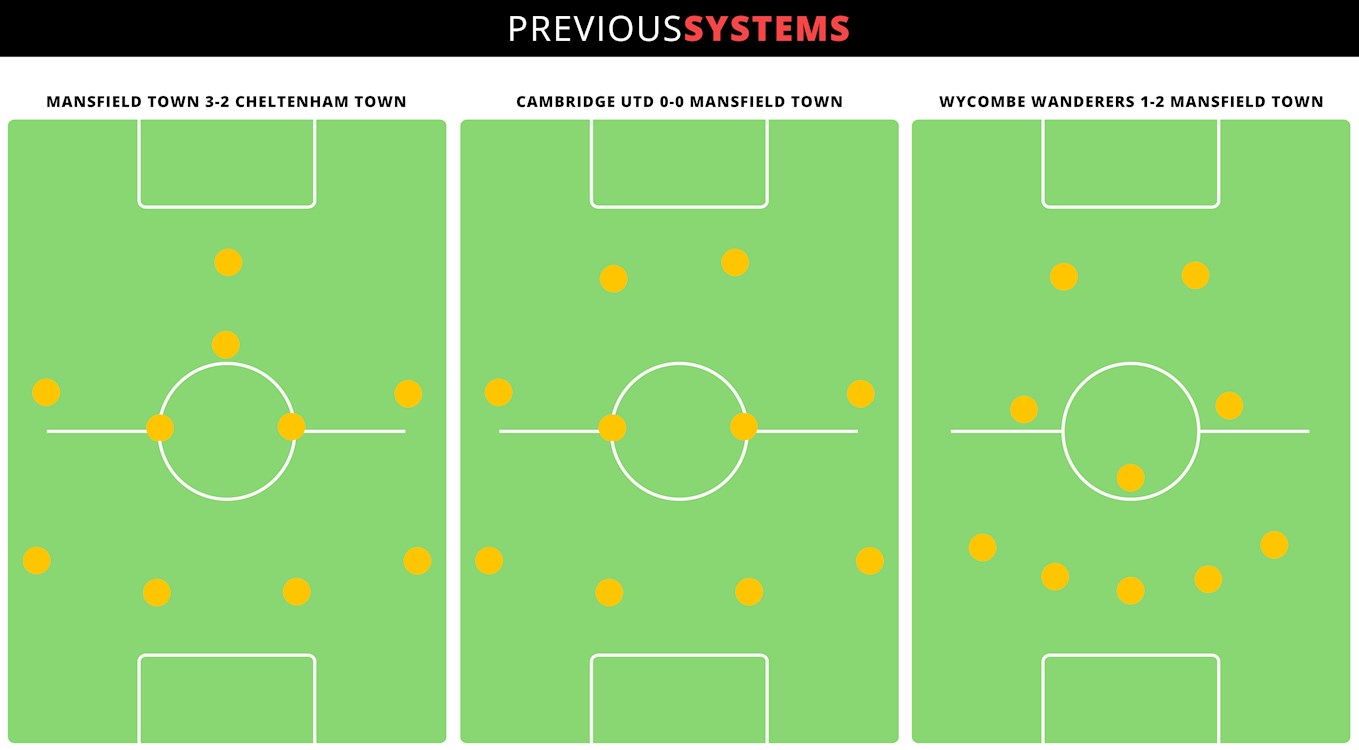