NEW Morecambe FC owners Jason Whittingham and Colin Goldring say they fell in love with the place first time they visited the club.

Speaking at a fans' forum at the Globe Arena the owners said they are looking forward to taking the club forward.

When asked why they had bought the Shrimps, Colin said: “My first response was ‘why not?’

“That was followed by the fact it was something that came on the radar for us to take a look at. 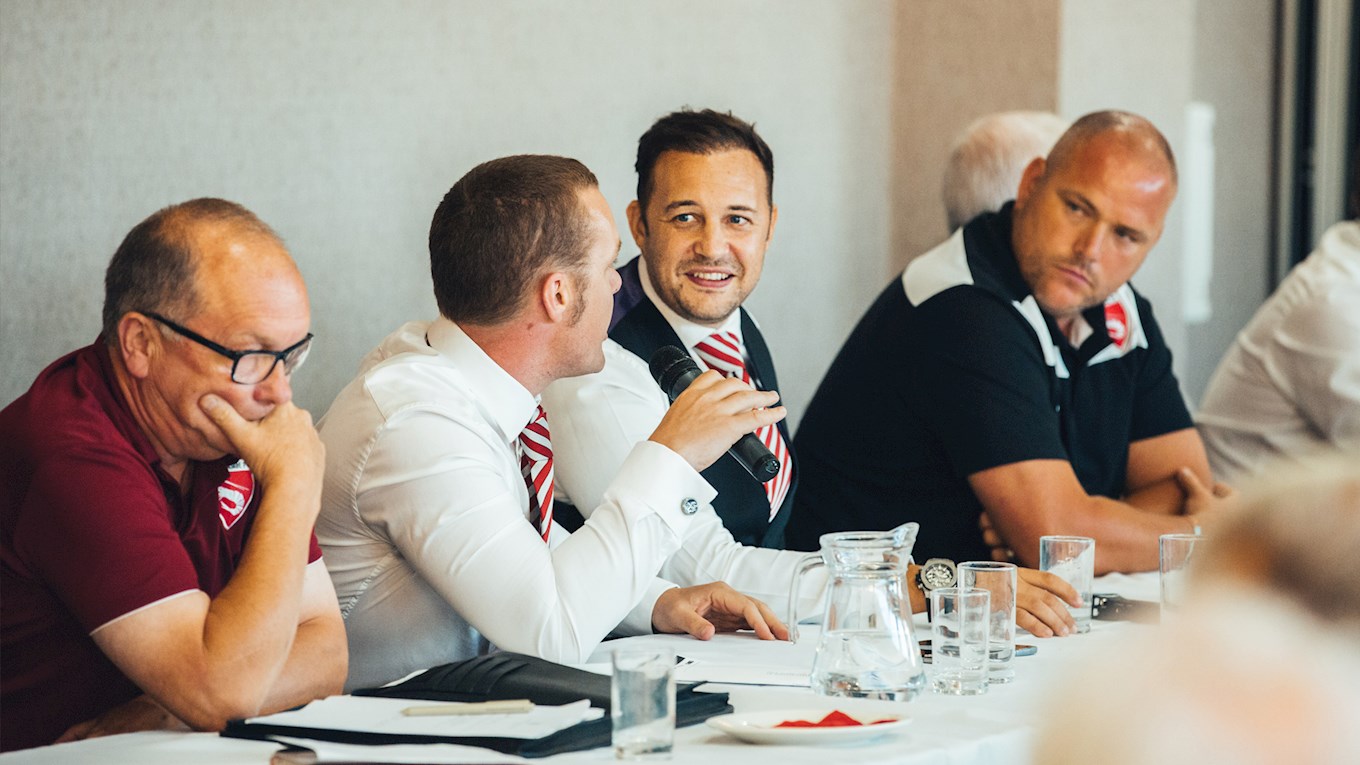 “The numbers worked from a business point of view and we came up, had a look around, loved the place, met a couple of fans and were warmly received.

“The club was doing fairly well at the time but it got a bit hairy at the end and we were advised to wait a few weeks.

“We made a decision to take it no matter what but, although it was a hairy last game at Coventry, it’s the best choice we’ve made.

“We fell in love with the place and, although we had other clubs offered to us, we loved Morecambe.” 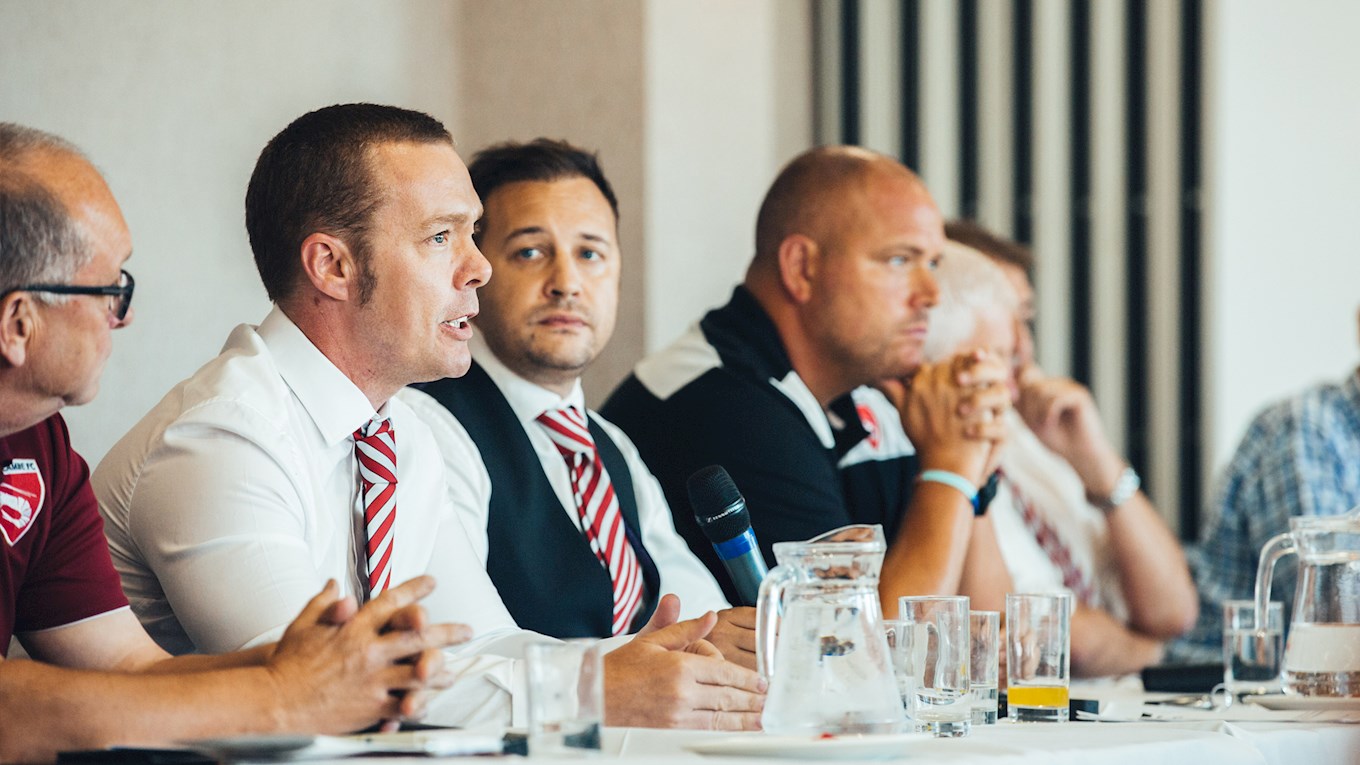 One of the owners' main goals is to work with the community to increase attendances and create a feelgood factor around the resort.
Jason said: “Football clubs, in my mind, are a big part of the community, for the community, and the club is there - to an extent - to serve the community while the fans support the club,”

Colin added. “The message I’ve given to the club is that I know we have a football team on the pitch working together and it’s important we do the same off the pitch.

“We’re looking at what can be done for families and, if we can do more for the community, I’d like to think the community will get behind the club.

“I think there’s going to be a natural increase (in attendance) this season because of the promotions and relegations because there are more northern teams which will do more for the gate naturally.” 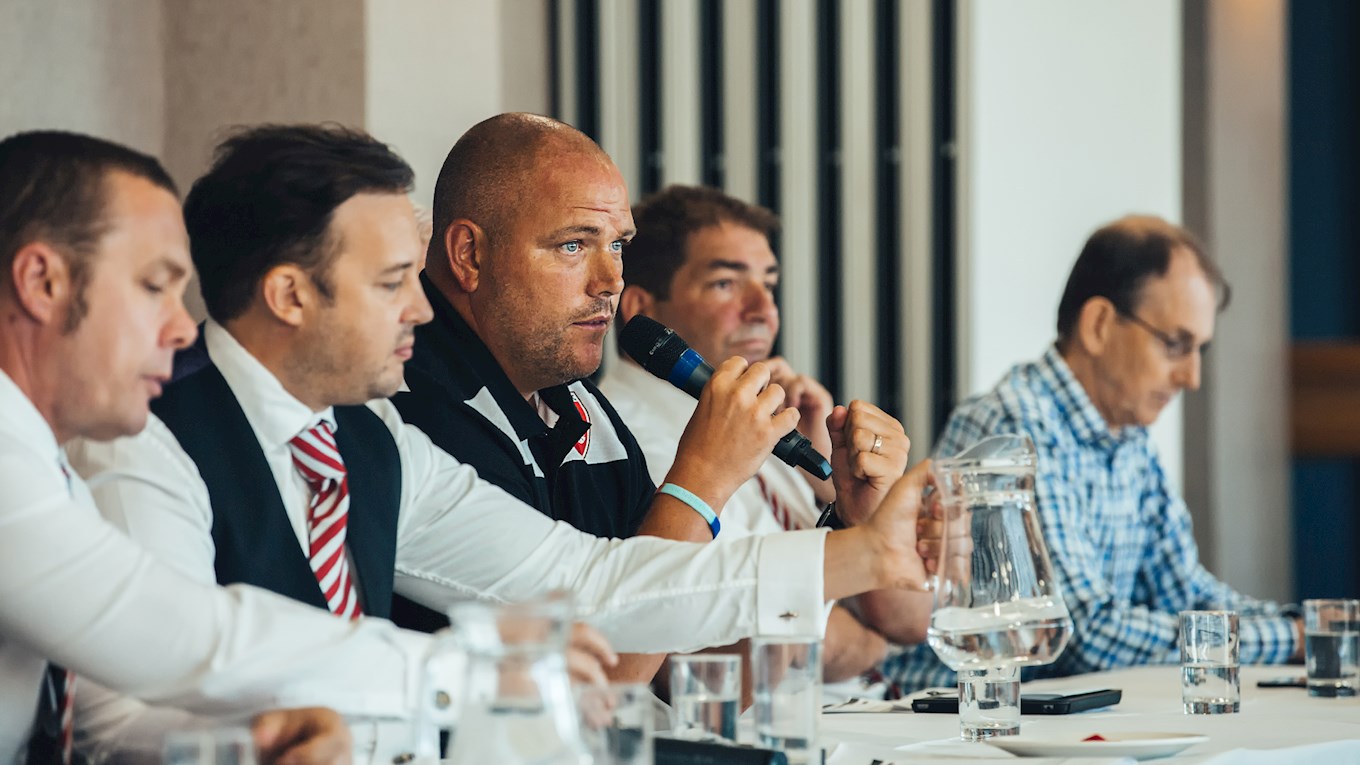 Along with committing to financially support the club for the foreseeable future, the new owners highlighted their strategy to push the club forward off the field in areas such as the matchday experience, the development of the academy and advances in the club’s approach to digital marketing.

A welcomed positivity and feel of excitement for the upcoming season was apparent.

The new owners also issued a statement thanking the fans for their attendance and repeated their ambitions for one team, one community, one Morecambe FC.