SHRIMPS' striker Adam McGurk has spoken of his delight at being back among the goals last week.

McGurk was re-introduced to the starting eleven for the victory at Adams Park on Saturday where he scored the opening goal and claimed two assists.

The Northern-Irishman said; “It was nice to be back in the side, I felt good.

“We could have got even more goals which was the pleasing thing and in a way I was disappointed not to get another goal or two myself after scoring so early, but I thought we played well and thoroughly deserved the win. 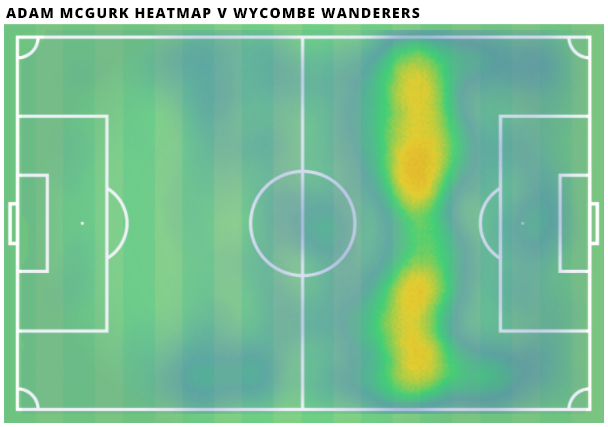 “My goal came from a position I’ve taken up quite a bit this season and nine times out of 10 it doesn’t drop for you but on this occasion it did and I couldn’t miss really.

“Kev’s goal was great, he made his move inside so I just cushioned it down for him and he’s done well, he chipped it over the guy and what a finish.”

McGurk also provided the assist for Gregg Wylde’s goal and was involved in the buildup to Kevin Ellison’s second of the day.

The 29-year-old is enjoying playing with the Plymouth loanee saying; “It’s good, you know Gregg has pace and he wants to be direct. When you get the ball as a centre forward you know he’ll be making runs in behind and it makes your job easier having that option.

“He’s had a great start with a couple goals, he’s a threat cutting in and with his delivery. His ball for Kev’s header was brilliant quality.

“Hopefully he can keep grafting away and continue doing well.”