Skipper Michael Rose has spoken of his disappointment of the side failing to see the game out during Saturday’s draw versus Crawley Town.

Morecambe took the lead in the 91st minute through substitute Callum Lang when the Wigan loanee calmly finished to break the deadlock at the Checkatrade.com Stadium only for Jim Bentley’s side to concede an equaliser 90 seconds later.

Rose said; “It was just really disappointing, frustrating to go in front but then to concede with such little time remaining. We should be seeing that out and taking all 3 points.

“Yes it’s another point on the board but when you get hold of 3 you need to make sure you keep it safe.

“What made it worse was coming off the back Tuesday’s result, not getting anything at Accrington but yeah it’s another point on the board, another point closer to safety, but it’s still hard not to be disappointed about what happened.” 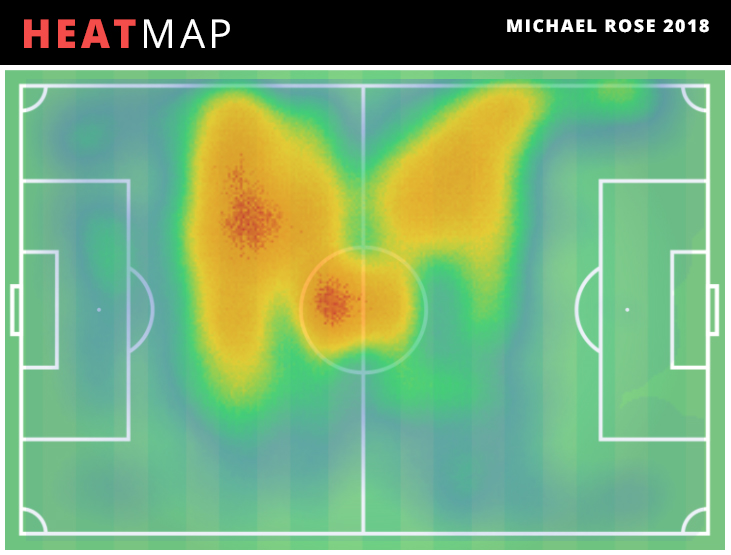 The 35-year-old has featured in every match of 2018 to date and has recorded 35 appearances this season despite a difficult start to the campaign;

“My dad had a stroke and heart attack in August and I think it affected me more than I let on. The gaffer knew the situation and I think he was right to take me out of the side because I wasn’t playing well enough but I feel like I’ve got my form back after the good run of games and I think I’m doing alright.”

The central midfielder signed for Jim Bentley’s side in the summer of 2016 and went on to make 50 appearances in the 2016/17 season, providing a constant experienced head at the centre of the midfield.

After his release by League 1 Rochdale, the former full-back was happy to get the game time; “I just wanted to carry on playing. I spoke to the gaffer that summer and he mentioned that coming here would be a possibility.

“I knew I could still do a job and feel the same now, alright I’m 36 in July but I feel fitter now than I ever have. Look at Kev, he’s 39 and he’s still going and I’d like to do the same. That being said I don’t like the gym like he does, I’ve never liked gym work. I just like playing football.”

After an influential debut season with the Shrimps, Rose was named captain for the 2017/18 season after former skipper Peter Murphy was forced into early retirement with a knee injury.

Rose was pleased to take on the captaincy admitting; “The armband comes with more responsibility, which I’m happy to take on. I’d like to think the lads look up to me, the way I train and put myself about. I try to lead by example.

“I’d like to inspire some of the younger lads to do the same as I do, if I get a press on it’s great if they feed off that energy and they’re pressing with you.

“We need to do more of that. We need to go into every game to get at people, to press people, we need to win games and have the mentality that we’re going to achieve that.”

After completing the league double over promotion chasing Wycombe Wanderers, Rose insists he and his team mates must perform better against the sides around them in the fight for Football League survival;

“We beat Wycombe home and away, we drew with Luton here and could easily have won the game at Kenilworth Road. The mentality we have going into a game against teams that are doing well, we need to take that into the games against the likes of Barnet and Chesterfield. They’re the teams we need to beat.

“If we can pick up some points in the 3 home games coming up next week, we’ll be looking good going into April which is going to be a huge month for us.”