The Shrimps braved the conditions on Saturday afternoon to put 3 points on the board and climb 4 places in the League 2 table moving 8 points clear of the bottom 2.

Morecambe would have climbed an extra place in the table if Colchester had beaten Yeovil Town on Saturday. John McGreal’s side though, had only recorded 1 point in the last 3 games and were beaten 1-0 to extend their winless run to 4 games.

Despite Colchester’s poor form of late, Jim Bentley knows it will still be a difficult game; “Colchester are a big club at the level. They’ve had a difficult 2018 so far but they have capable players, they’re a good team with a good manager.

“We’ll have to play well to get a result.”

Jim Bentley will undoubtably face a selection headache this evening, with the temptation to rotate the squad to avoid fatigue with 3 games this week but the reluctancy to change a winning side.

Max Müller has suffered a minor setback in his attempts to regain match fitness but Steven Old (knee) will likely return to the squad. Kevin Ellison (hamstring) could also return after training on Monday with no complications.

Colchester will likely stick with their back 3 used throughout the majority of the season with Eastman stepping through to supply support in attack. With options in attack, Sammie Szmodics may keep his place linking up play with the front 2 or John McGreal may opt for 3 strikers in a 3-4-3. 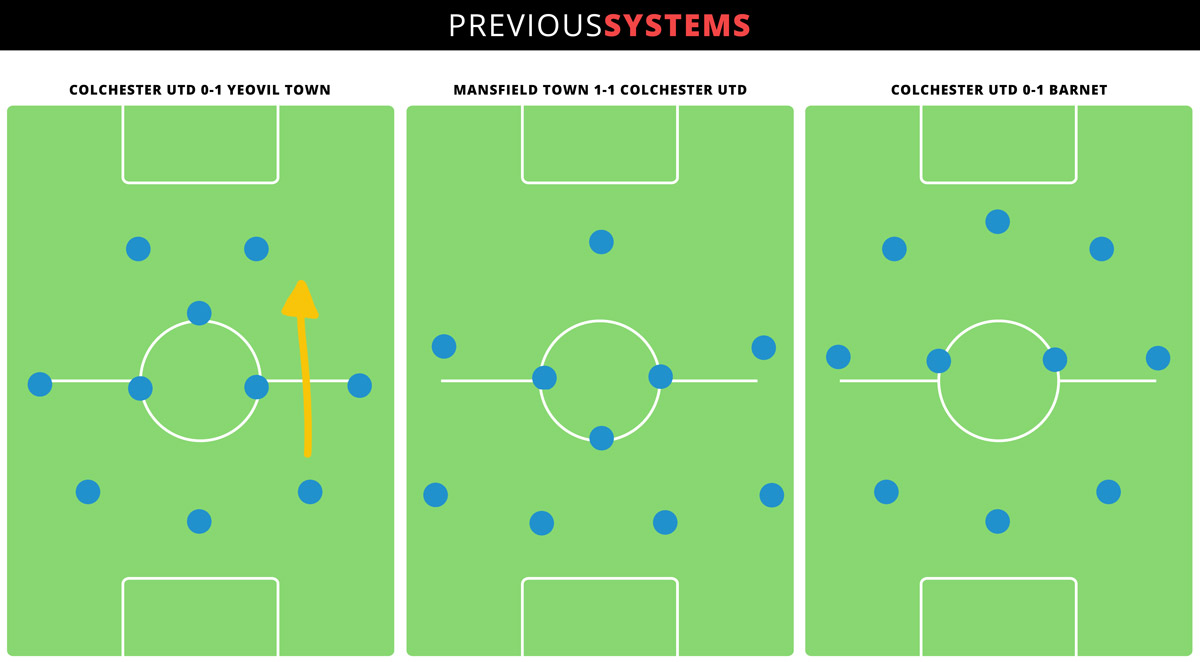