JAMES Sinclair will be out of action for up to four months after suffering a complex ankle break in the reserve team victory over Mansfield Town on Tuesday afternoon.

The utility man went down under a challenge on the edge of the penalty area in the 30th minute and left the field on a stretcher with the Shrimps leading 1-0.

The 30 year old said: “My initial thought was that I’d felt something break in there.

“The swelling came on immediately and the pain was quite significant that night, then obviously the scan on Wednesday revealed the break.”

Boss Jim Bentley has shared his disappointment and was full of praise for the former Bolton Wanderers man:

He said: “James has worked extremely hard since being at the football club and has been improving day by day.

“I thought he was excellent in the recent game against Carlisle and was getting close to where we know he can be.

“This is a hammer blow for us and even more so for him, he’s a positive person though so I’m sure he’ll come back stronger.

“We’re waiting on another scan to determine whether an operation is required, but we’ll be looking at at least three months out.” 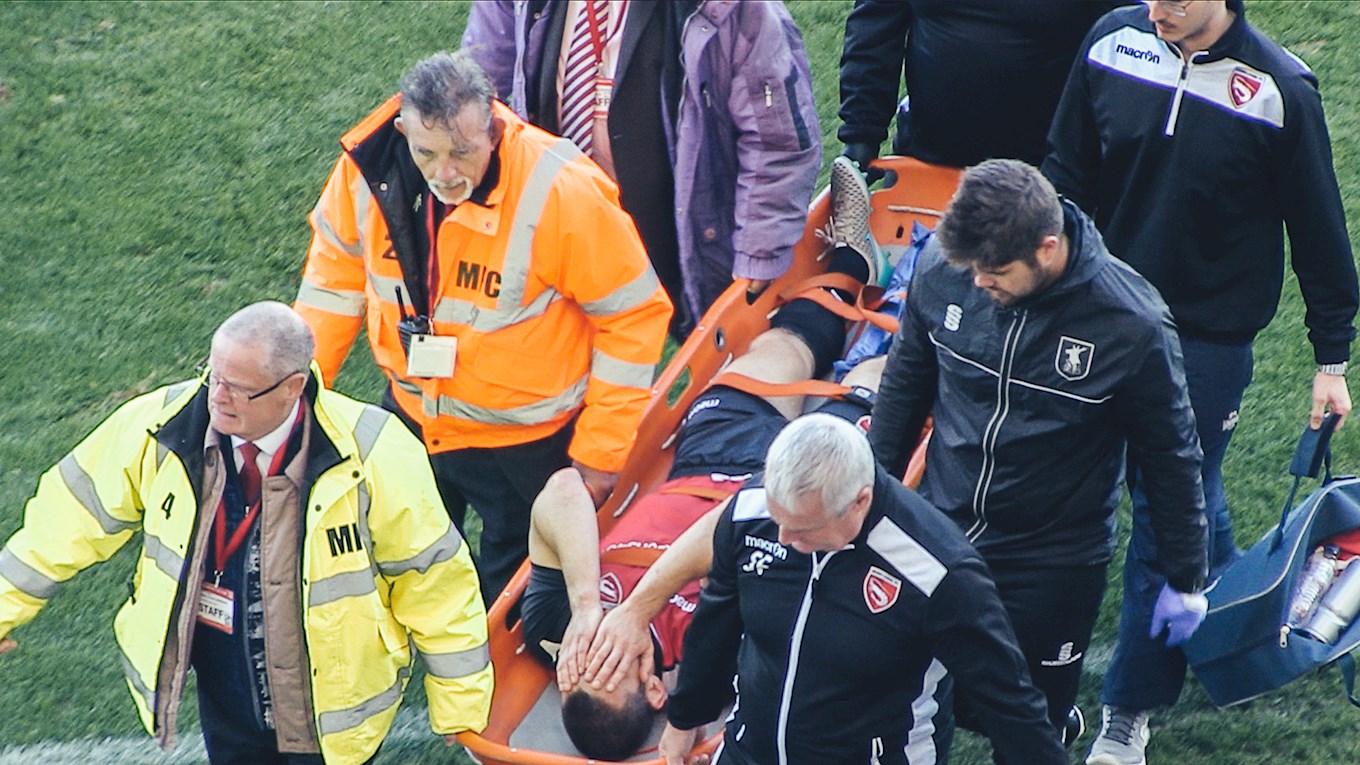 Sinclair added: “I came back to England in December of 2017 and from then until the summer I’d been training on my own keeping myself fit so coming in this season it was similar to coming back in from an injury layoff.

“Getting back on the ball and playing again after the period out has taken a bit longer than I would have liked to get going again and be able to show what I’m about and I feel that over the past month I’ve really been getting near to where I want to be.

"But now I’ll have to recover from this then start over and I only feel I’ve shown maybe 60% of what I can give for the club so it’s a massive blow.

“I have broken my left leg previously. On that occasion I was back on the field within three months of suffering the injury so I know what the next few months have in store.

“I just have to remain positive and use this time while I recover to make sure I come back strong.”