Get Ready to Laugh – or Cry! The UK’s Most Feared Comedian is Coming to Morecambe for One Night.

Known for his brutal one-liners and harsh putdowns, Frankie is dubbed as ‘The UK’s Most Feared Comedian’ and is currently touring up and down the country with his sharp wit.

Frankie Allen now has the people of Morecambe on his hit-list, as he heads to The Globe Arena on Friday 19th April 2019, for what is set to be another hilariously funny sell-out show.

After 30 years of working pubs and clubs around the country, Frankie has cemented himself as one of the greats of the comedy circuit and his live show is not to be missed.

Frankie Allen, says: “I can’t wait to get to The Globe Arena on 19th April. It’s going to be a great night, we’ll have a proper laugh! I’ve played Morecambe a few times over the years and it’s always been a great crowd – really looking forward to the show!”

Tickets for Frankie Allen’s headline show at The Globe Arena are available for £15, via Skiddle below! 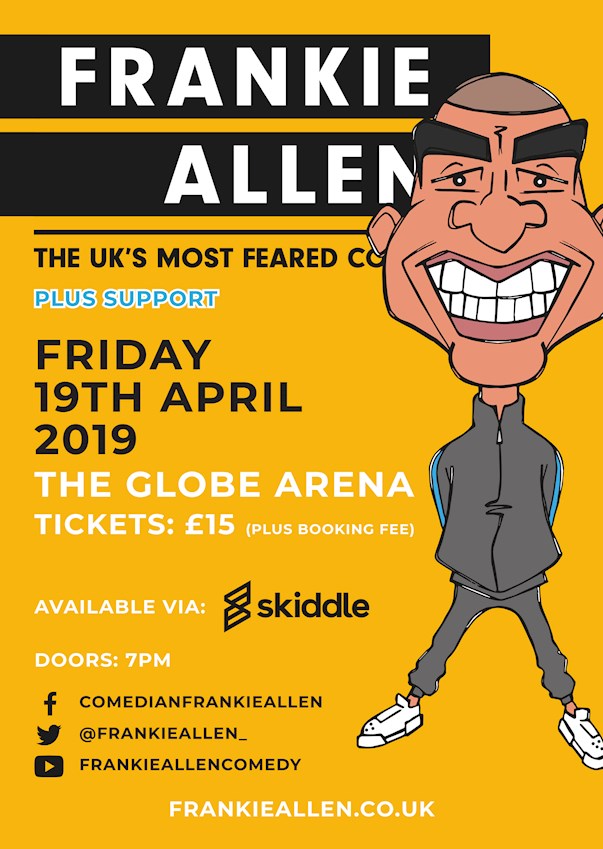