Here's an update of the work Morecambe FC Community Sports continue to deliver heading into the summer holidays.

During the past few months, Community Sports have been regularly delivering sessions in schools as well as midweek evening football sessions such as the Tuesday Night Football and Friday Night Kicks. In addition we have continued to deliver Girls football sessions at a host of different schools not only in the Lancaster/ Morecambe region but also further afield, as well as also continuing to run our Extra Time sessions every Friday morning and the launch of our new Walking Football program twice a week.

With the summer holidays also fast approaching, we are also preparing for our Soccer Schools that will be running for a total of six weeks straight both at Mossgate Sports Centre in Heysham.

Morecambe FC Community Sports have continued to work alongside several schools within the Lancaster/ Morecambe region during the off-season; delivering a variety of sport sessions ranging from football, multiskills, fundamental work, gymstars, tag rugby and even dodgeball.

We continue to be busy in schools even though the academic school year is in the last term. This year has seen Community Sports deliver an extensive range of session types including Tag Rugby and Dodgeball. These sports have also been used for special tournaments and reward days that we have held this year such as the Tag Rugby event that was held back in January, a primary school rewards day last month which encorporated both Dodgeball and Tag Rugby and finally the annual Primary Stars festival which was held recently at Salt Ayre.

Having the opportunity to deliver sports such as Tag Rugby and Dodgeball alongside everything else that we offer has given children the chance to learn about sports that they might have never had the opportunity to participate in before. We always aim to increase children's particpation in sports and ensure that they keep active and live a healthy lifestyle; our team of dedicated and highly qualified coaches are passionate about coaching and aim to make their sessions an educational and fun environment where children can thrive best and progress.

Our Friday Night Kicks sessions started once again after the summer break in September with the aim being to provide an evening every week where teenagers/ young adults can come down to Heysham High's astroturf to play football, keep themselves active and give them something to do on an evening. This year at Friday Night Kicks we have seen a consistent turnout in numbers which is great to see how there is a popular demand for evening football sessions for teenagers in the area.

The Friday Night Kicks session at Heysham High is free to those that attend and it runs in less of a structured format that standard sessions do. Those that attend get the opportunity to play casual football with their friends and gives them the opportunity to also make new ones. The focus of it is more to let the children get into matches and enjoy themselves as a pose to being coached and following a certain structure. People that would like to attend the Friday Night Kicks session at Heysham High are more than welcome to turn up on a Friday evening for the 8-9pm session and join in. 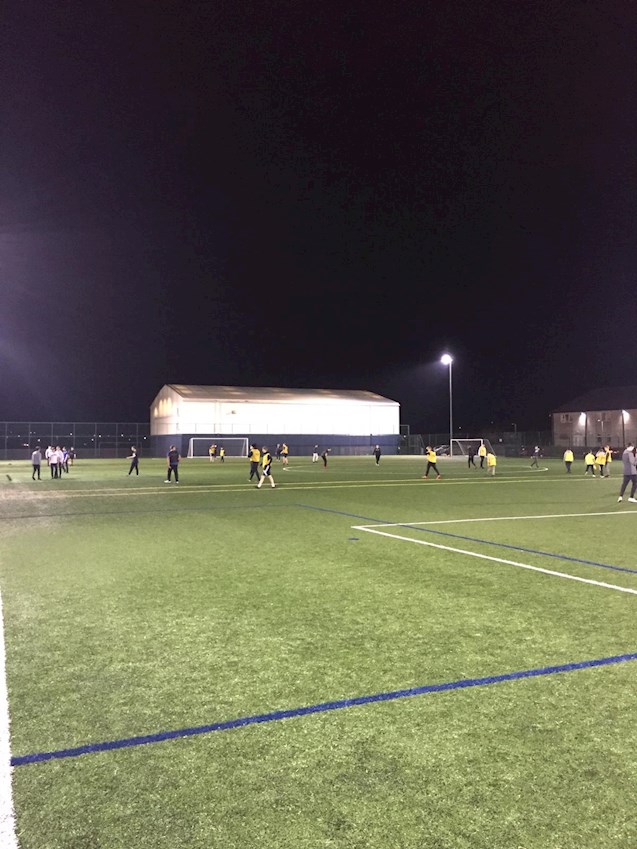 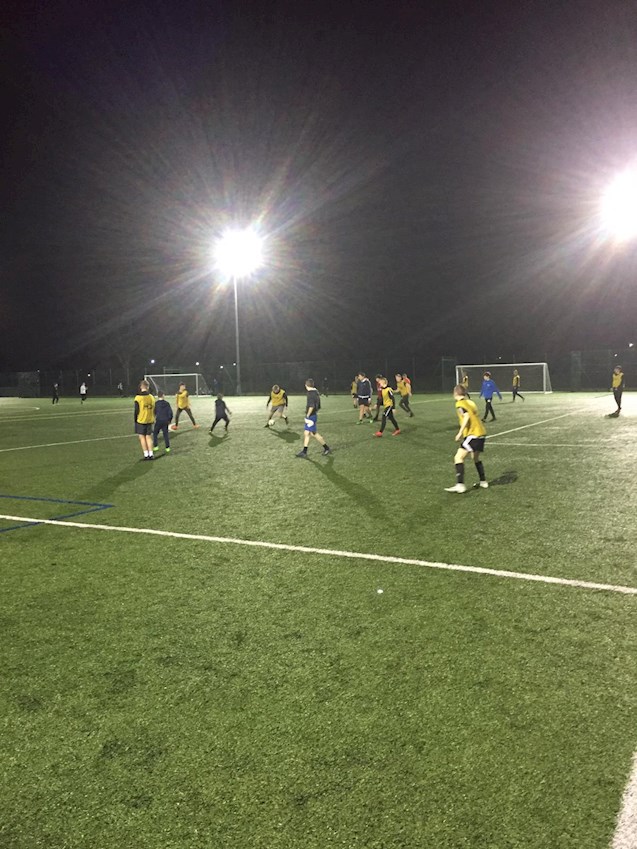 Also kickstarted this month was the walking football sessions for people aged 35 and over of all footballing ability. We previously ran Walking football sessions a few years back and they always proved to be popular with those that wanted a casual kick- around; therefore it was something that we were keen to bring back if possible.

Thankfully there has been a few venues able to accomodate the Walking Football each week and we have kickstarted things off with a session on a Tuesday morning and Friday afternoon. However, after discussing what would work best with attendees, there is a possibility of providing an evening session and one in the afternoon so that there is options for those wishing to attend that may have other commitments such as work etc.

You can expect updates to follow with the walking football once the details have been finalised in the coming days.

Walking Football is something that we are keen to have running all year round, it is evident to us that there is a demand for it and we can certainly see it growing in popularity with the 40+ age categories. We are wanting to make our Walking Football sessions an affordable hobby that people can take up to keep themselves healthy and active. Priced at just £2.50 per session/ per person we believe that it offers good value for money and will hopefully get enough people interested in wishing to turn up.

Our Tuesday Night football sessions have been running through since the start of the new school year in September; here children aged 4-14 years of all footballing ability can turn up to particpate in an hours footballing fun at Heysham High's indoor tensile.

Tuesday Night Football is split into two seperate groups; group one fills the 5-6pm slot and is open to children aged 4-7 years and group two runs for children aged 8-14 years an hour later at 6-7pm. This session is ideal for those that would like to start off playing football or perhaps haven't had too much time playing and would like to build upon their skills; but is equally suited to those that attend to have a bit of fun and keep active by playing football.

The weekly sessions run every Tuesday during term time and stop during the school holidays; priced at only £3 per person/ per session our Tuesday Night Football sessions offer great value for money and are sure to keep your child entertained. Those that do attend can expect the lesson to be split into half of the time spent practising training drills that will work on many different important aspects of the game such as dribbling, passing ability, shooting technique and also attacking and defending scenarios; whilst the rest will be spent playing mini matches in groups.

We are always opening the Tuesday Night Football sessions up to new people; so if you are interested in attending then simply turn up Tuesday evening to Heysham High's tensile either 5-6 or 6-7 (depending on age of child) and see what you think of the session. If you have any questions/ enquiries regarding Tuesday Night Football then feel free to get in touch. 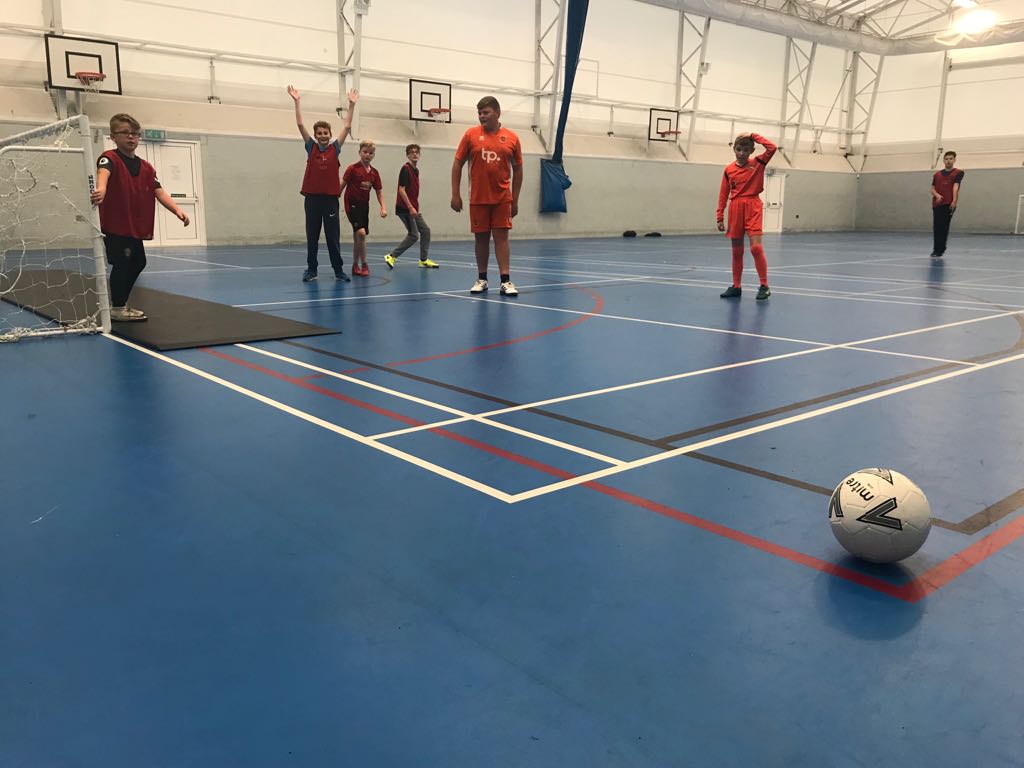 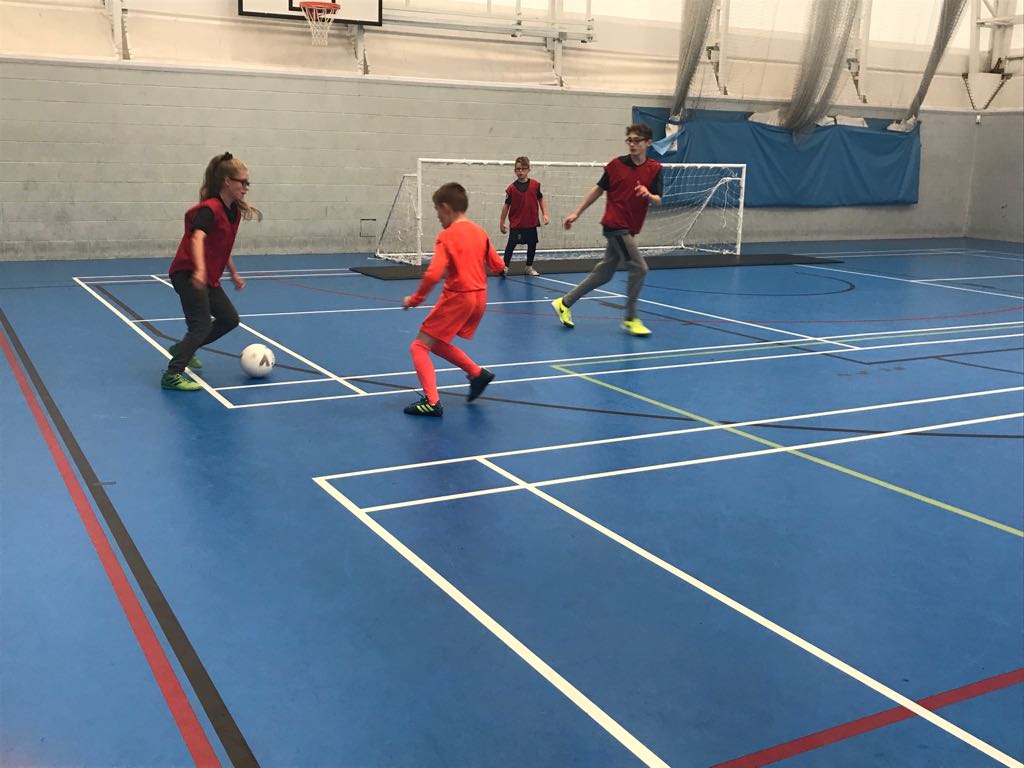 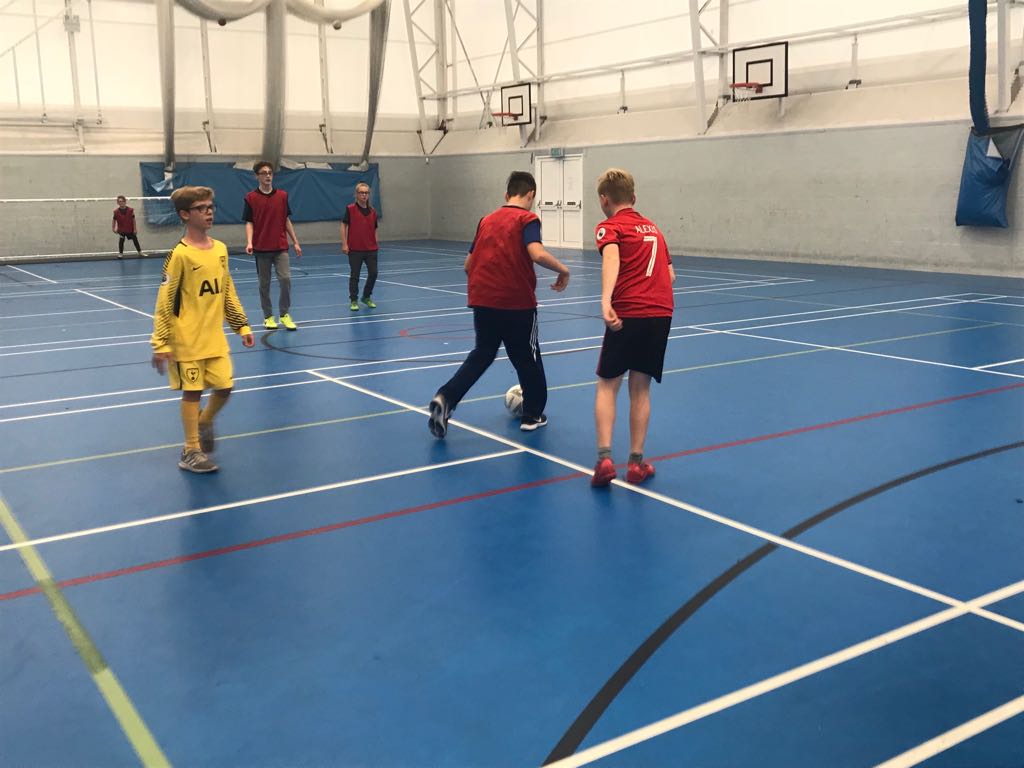 Fast approaching towards the middle of July is the summer holidays' soccer schools which will be running for six weeks straight until schools go back in September.

Our soccer schools have always proved popular with parents and children in the area as they offer a great value for money solution to keep your child entertained by taking part in a day of footballing fun where they will practise different training drills to work upon their current footballing ability and also take part in plenty of fun games and mini matches.

Similar to last year we are expecting each week to run at Mossgate Sports Centre in Heysham. Details will be announced in regards to the soccer school in due course, including dates for each of the weeks, prices etc.

Please note that our soccer schools are only open to children aged 4-14 years of age. 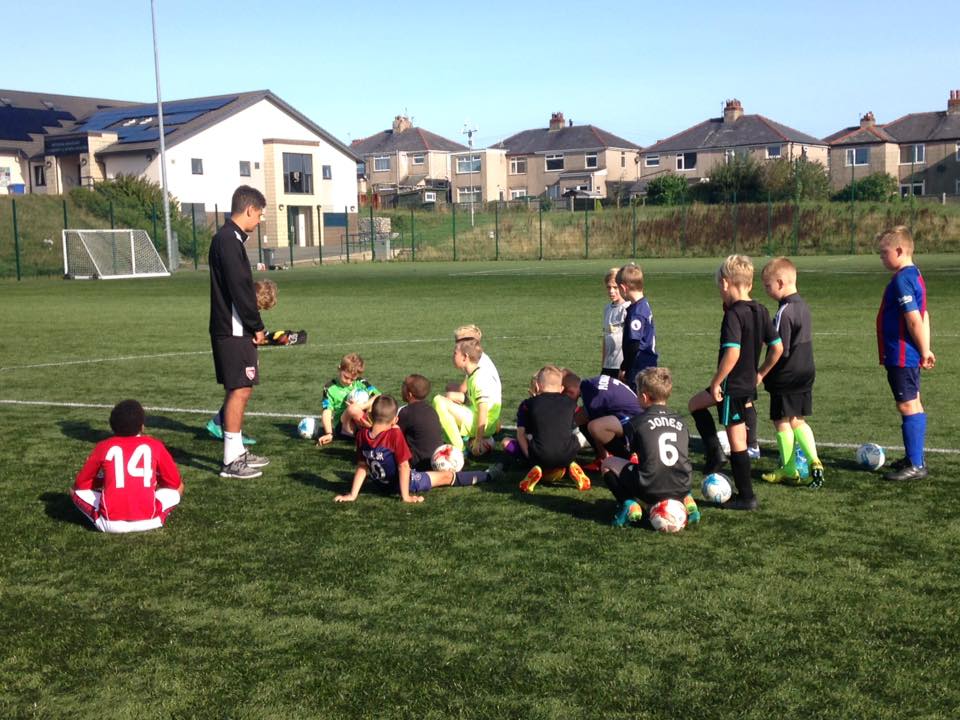 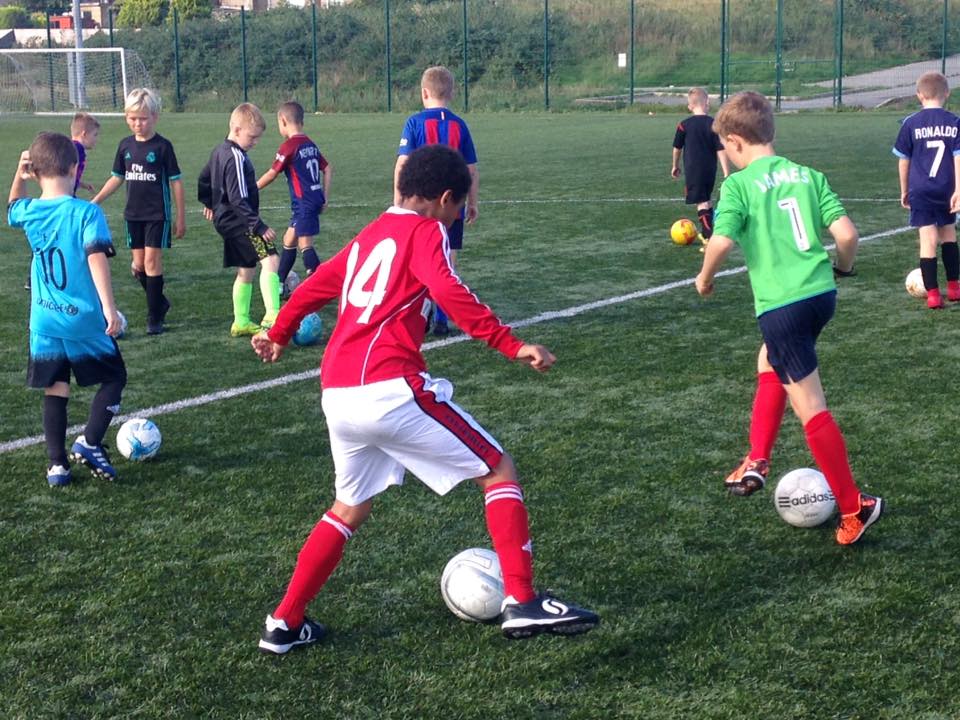