Tuesday 19th March marked the EFL Day of Action, in celebration of the event Community Sports had some of the first team players in their sessions at schools throughout the day.

The EFL Day of Action is an annual event that is aimed to shine a light on the Community Trust at each EFL club for a special day where the focus is on them. 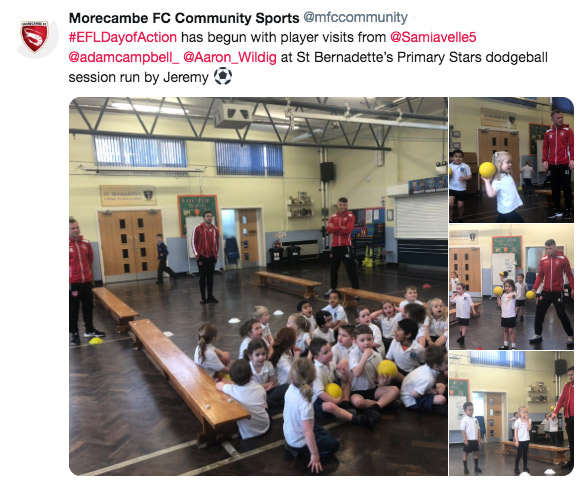 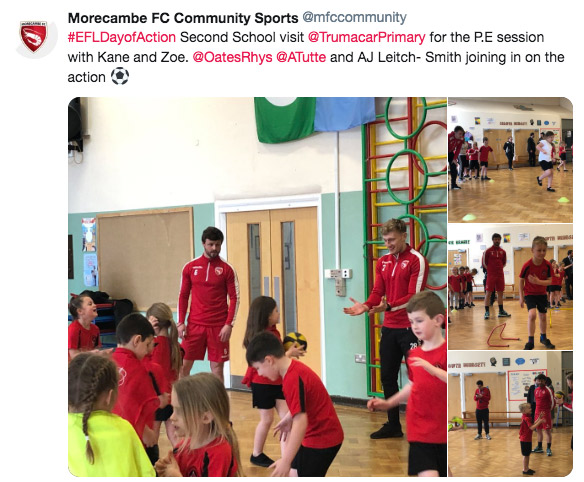 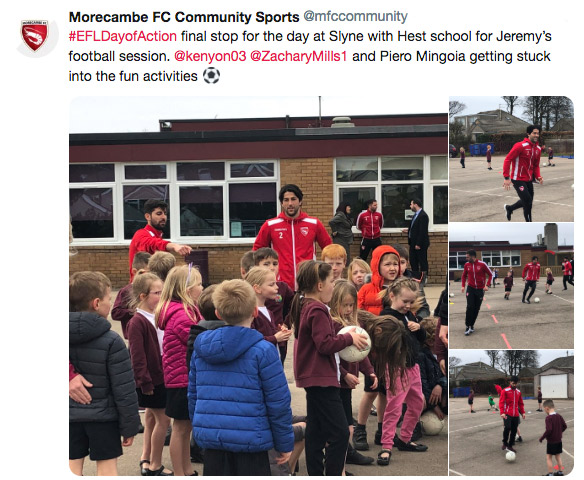 Football in the Community Manager, Janet Preston added: "It's important that football clubs engage with their local communities so the EFL Day of Action is a great way of showcasing the work that goes on, not just today but every day throughout the year.

"To have some of the first team players come along and join in is fantastic to see and it's great for the kids to have that interaction with them."