The Shrimps squad took on the Cha Cha Slide Challenge in a CancerCare North Lancs and South Cumbria fundraising activity at Lancaster University this afternoon.

Head of Fundraising at CancerCare, Emma Athersmith said: "We have an amazing supporter called Steve (Cody) who's been doing the Cha Cha Slide Plank Challenge every day to raise money for CancerCare North Lancs and South Cumbria raising vital funds for us.

"He's midway through his 365 consecutive day push at the moment, he's been all over doing the challenge with different groups and these lads have done really well, even Richie Bennett with his elbow."

Steve has set up a Just Giving page for donations to be made online and includes additional information on his connection with CancerCare and the amazing work they do in the local community.

The challenge was covered by BBC North West Presenter Beccy Barr and will be aired at 18:30 in the near future. 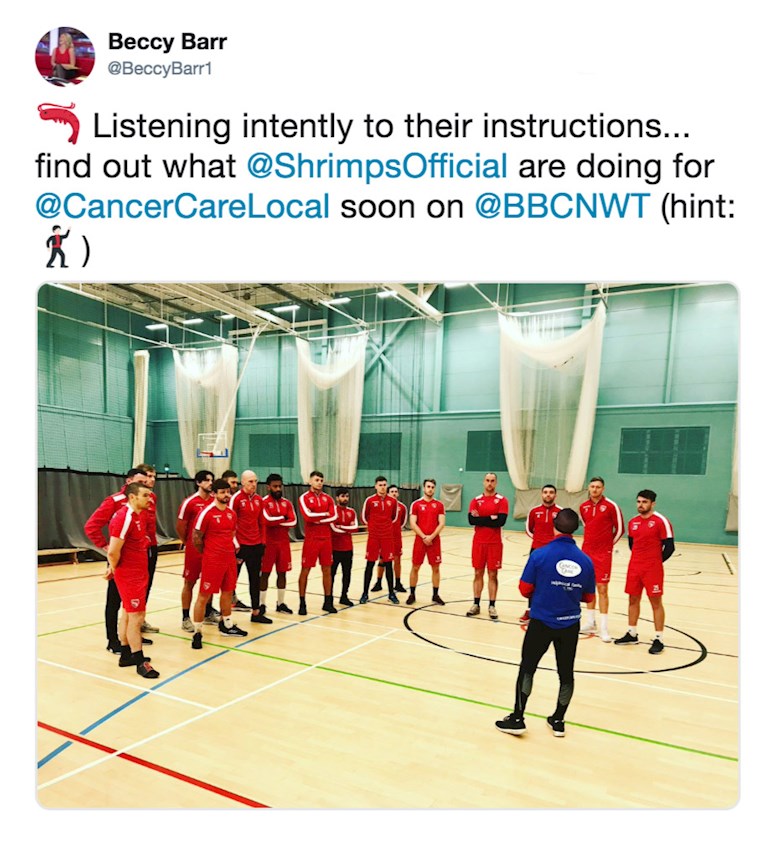 The challenge was aired live on Facebook by CancerCare and can be viewed below or via their Facebook Page.